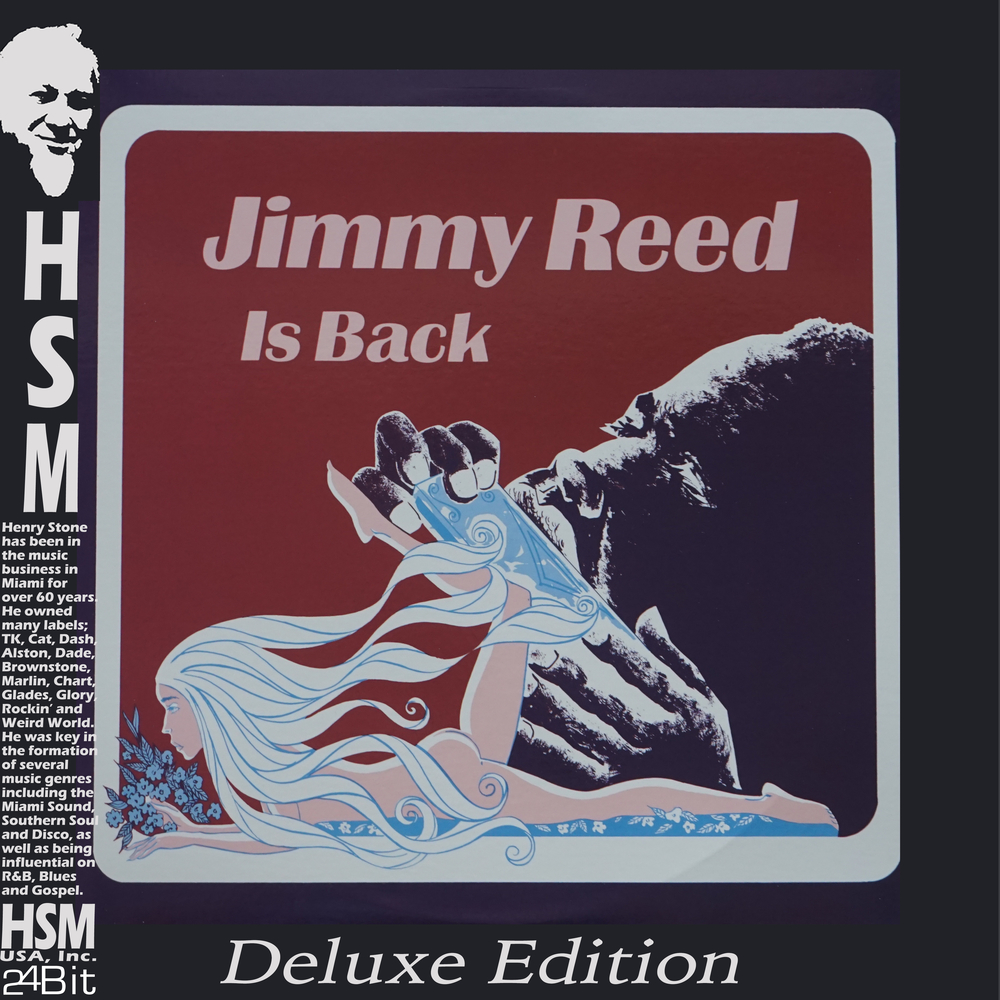 Jimmy Reed is Back (Deluxe Edition)

Mathis James Reed was an American blues musician and songwriter. His particular style of electric blues was popular with blues as well as non-blues audiences.

Reed influenced other musicians, such as Elvis Presley, Hank Williams Jr., and the Rolling Stones, who recorded his songs. Music critic Cub Koda describes him as "perhaps the most influential bluesman of all" due to his easily accessible style.

The tracks on this disc are from Reed's last recording sessions, completed between 1966 and 1971.
44.1 kHz / 24-bit PCM – Henry Stone Music USA Studio Masters