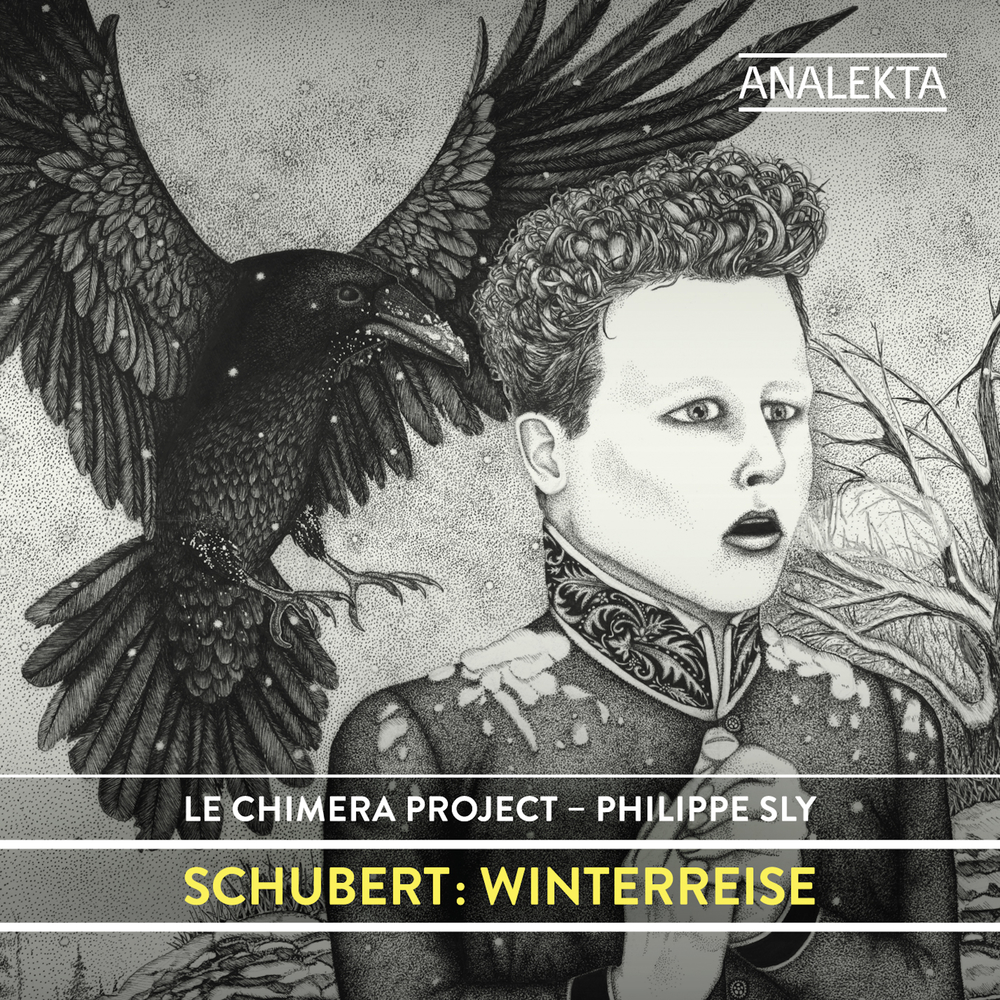 Available in 192 kHz / 24-bit AIFF, FLAC high resolution audio formats
A fresh theatrical take on Schubert’s final masterpiece - 24 songs based on poems by Wilhelm Müller that recount the tale of a lonely traveller who ventures on a winter journey in the snow to rid himself of his lost love. This album also marks the debut of Sly's newly formed band Le Chimera Project featuring Karine Gordon (trombone), Jonathan Millette (violin) Samuel Carrier (accordion), Félix de l’Étoile (clarinet and bass clarinet) and Roy Rallo (staging). From the music point of view, they exerted most of their arrangement efforts in reducing the material to what is absolute essential about the piece, rather than adding or changing anything. Seldom more than three instruments are played simultaneously, giving a more homophonic texture; this could theoretically symbolize the narrative of the main character walking alone through the cold winter. This procedure also allows the listener to be aware of the underlying melodies in the work that can be imperceptive otherwise when listening the original piano and voice arrangement. A little word of caution when listening: One shouldn’t expect to hear Winterreise, but instead, one can assume to hear a piece on it’s own, as if it was a new creation inspired by the original. Also, although the piece has the instruments that characterize a klezmer music formation: clarinet, trombone, accordion and violin. It rarely had passages of typical Klezmer music. French-Canadian bass-baritone Philippe Sly has gained international acclaim for his “beautiful, blooming tone and magnetic stage presence” (San Francisco Chronicle). Mr. Sly was the first prize winner of the prestigious Concours Musical International de Montréal and a grand prize winner Metropolitan Opera National Council Auditions singing the varied repertoire of Mozart, Bach, Handel, Stravinsky, and Wagner. Recently, he was awarded Concert of the Year in Romantic, Post-Romantic, and Impressionist Music at the 16th annual ceremony of the Prix Opus in Québec.
192 kHz / 24-bit PCM – Groupe Analekta, Inc Studio Masters