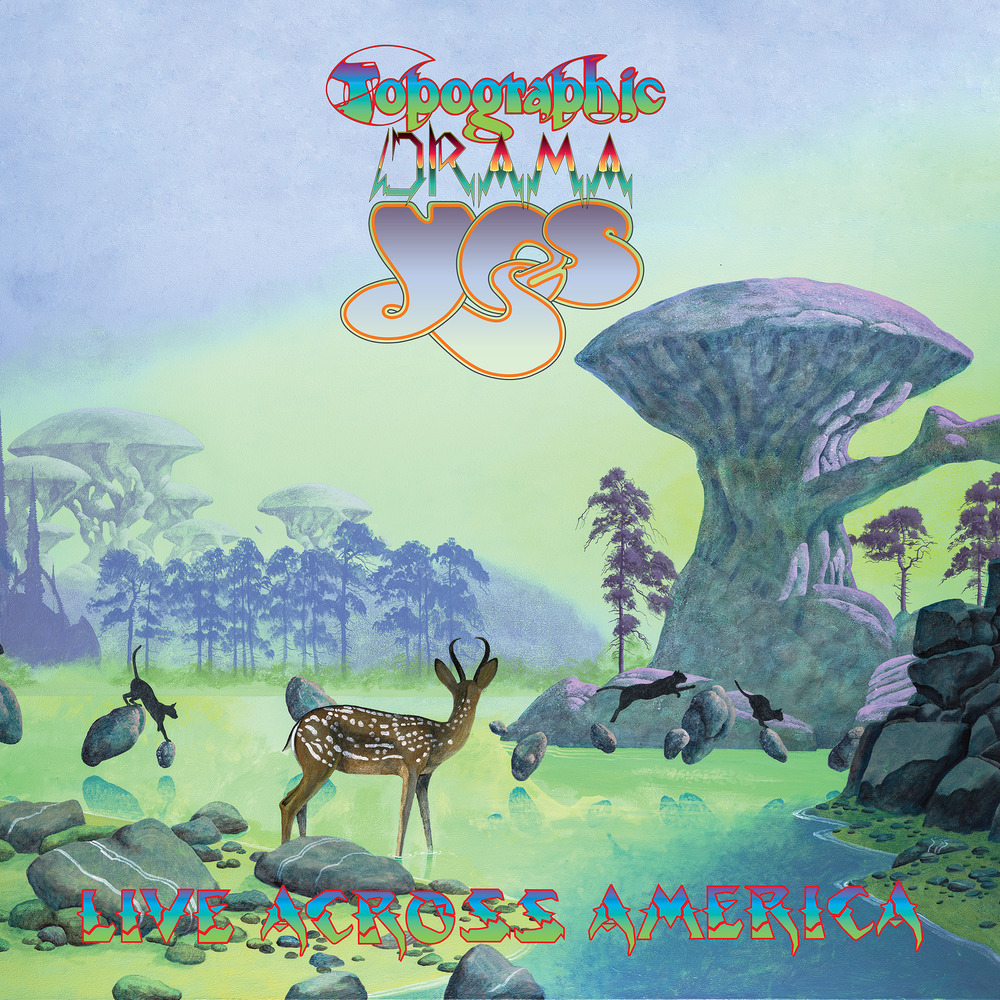 Available in MQA and 44.1 kHz / 24-bit AIFF, FLAC audio formats
Topographic Drama: Live Across America highlights the best performances from the 2017 leg of the 28-show tour and mirrors the set list from those concerts. Each night, Yes opened with all six songs from Drama (1980), the band’s tenth studio album, which peaked at #2 on the U.K. album chart. Standouts include “Machine Messiah,” “Tempus Fugit” and the album’s only single “Into The Lens.” After Drama, the band shifted gears for songs from two of its best-selling albums: “And You And I” from 1972’s Close To The Edge (RIAA platinum) and “Heart Of The Sunrise” from 1971’s Fragile (RIAA double-platinum). Next, the group played the opening and closing tracks of its concept album, Tales From Topographic Oceans (1973). Howe’s exceptional guitar work on “The Revealing Science Of God” and White’s propulsive drumming on “Ritual” have always been regarded as ground-breaking. The album concludes with two live staples: “Roundabout” from Fragile (1971) and “Starship Trooper” from The Yes Album (1971). Among the world’s most influential, ground-breaking, and respected progressive rock bands, Yes was founded in 1968. The Grammy-Award® winning recording artistshave sold more than 50 million records in a career that has so far spanned six decades.
44.1 kHz / 24-bit PCM – Rhino Studio Masters