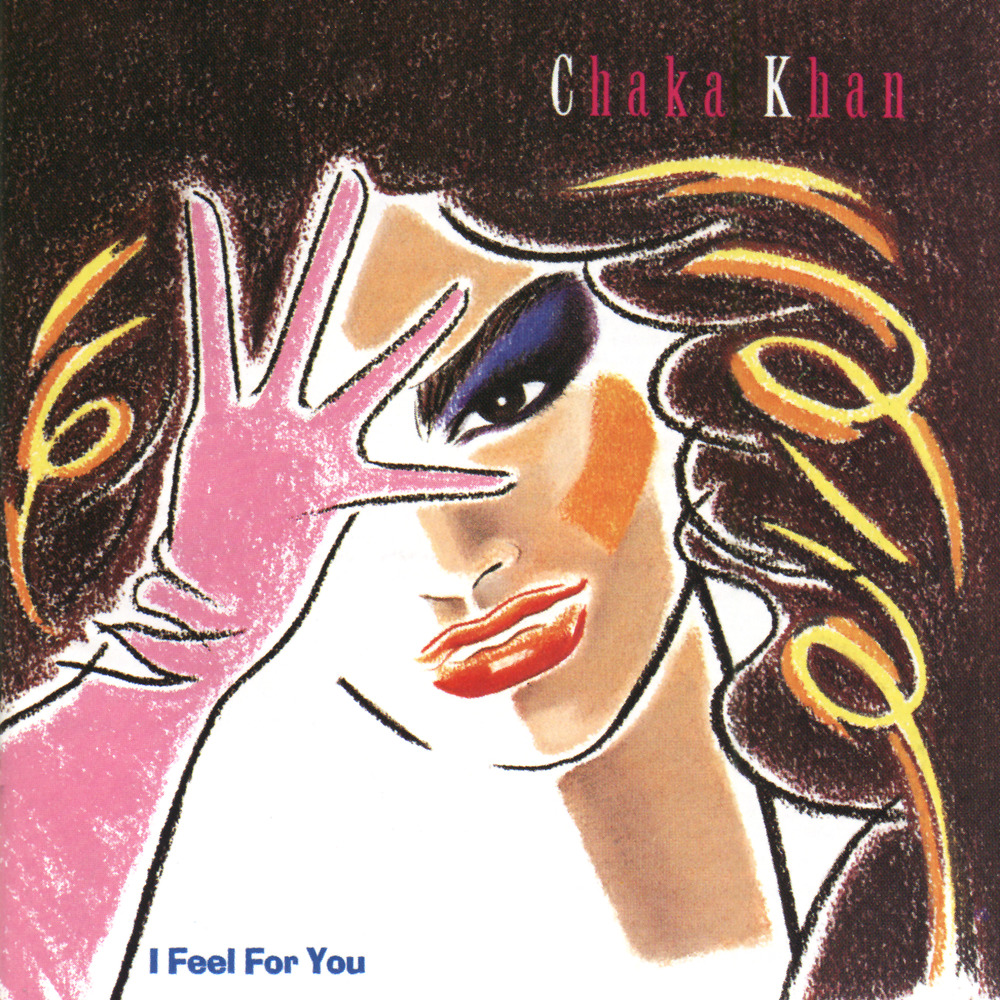 I Feel For You

I Feel for You is the fifth solo studio album by American R&B/funk singer Chaka Khan, released on the Warner Bros. Records label in 1984.

After having balanced her two simultaneous careers as a member of the band Rufus and a solo performer during the years 1978 to 1983, which culminated with the release of the final Rufus & Chaka Khan album Stompin' at the Savoy – Live after which the band dissolved, Khan recorded the album that was to make her a pop star with mainstream chart success; 1984's I Feel for You.

The title track, "I Feel for You" was a cover of a 1979 Prince track, featuring Grandmaster Melle Mel on the classic "Ch-ch-ch-chaka-chaka-chaka Khan" rap intro and Stevie Wonder on chromatic harmonica (and also a sample from one of his first hits, "Fingertips") and saw Khan embracing high-tech funk, rap and hip hop and stands as one of her best known songs and her biggest commercial hit, reaching number 3 on the US Pop chart (and becoming the Billboard number 5 best-selling song of the year in 1985), and topped the US R&B, Dance, and UK singles charts. The song earned her a second Grammy Award in 1985 for Best R&B Vocal Performance, Female.
192 kHz / 24-bit, 96 kHz / 24-bit PCM – Rhino/Warner Bros. Studio Masters