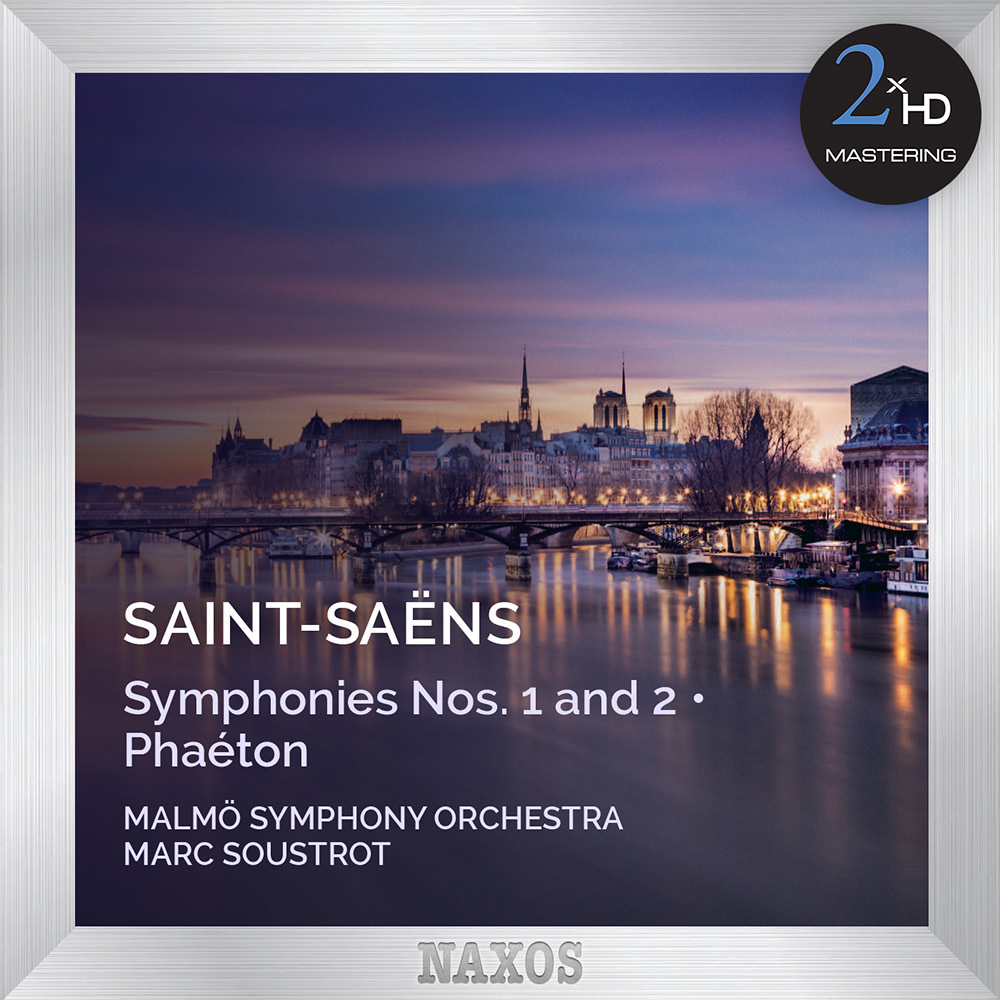 The Malmö Symphony Orchestra, led by Marc Soustrot, presents this first volume of a three album series devoted to the five symphonies and other orchestral works by Saint-Saëns. Complete recordings of Saint-Saëns’s symphonies are rare and this cycle is the first series released since the 1970s. In addition to the two symphonies here, the programme is embellished with the symphonic poem Phaéton which brings to life the Greek mythological drama with stampeding horses and thunderbolts.
352.8 kHz / 24-bit, 192 kHz / 24-bit, 96 kHz / 24-bit PCM and 2.8224 MHz DSD – 2xHD - Naxos Studio Masters

This album was mastered using our 2xHD proprietary system. In order to achieve the most accurate reproduction of the original recording we tailor our process specifically for each project, using a selection from our pool of state-of-the-art audiophile components and connectors.The process begins with a transfer to analog from the original 24bits/96kHz, or 88.2 kHz resolution master, using cutting edge D/A converters. The analog signal is then sent through a hi-end tube pre-amplifier and (if needed) will be EQ’d before being recorded directly in DXD using the dCS905 A/D and the dCS Vivaldi Clock. All connections used in the process are made of OCC silver cable.
DSD and 192kHz/24Bit versions are separately generated, directly from the analog signal.