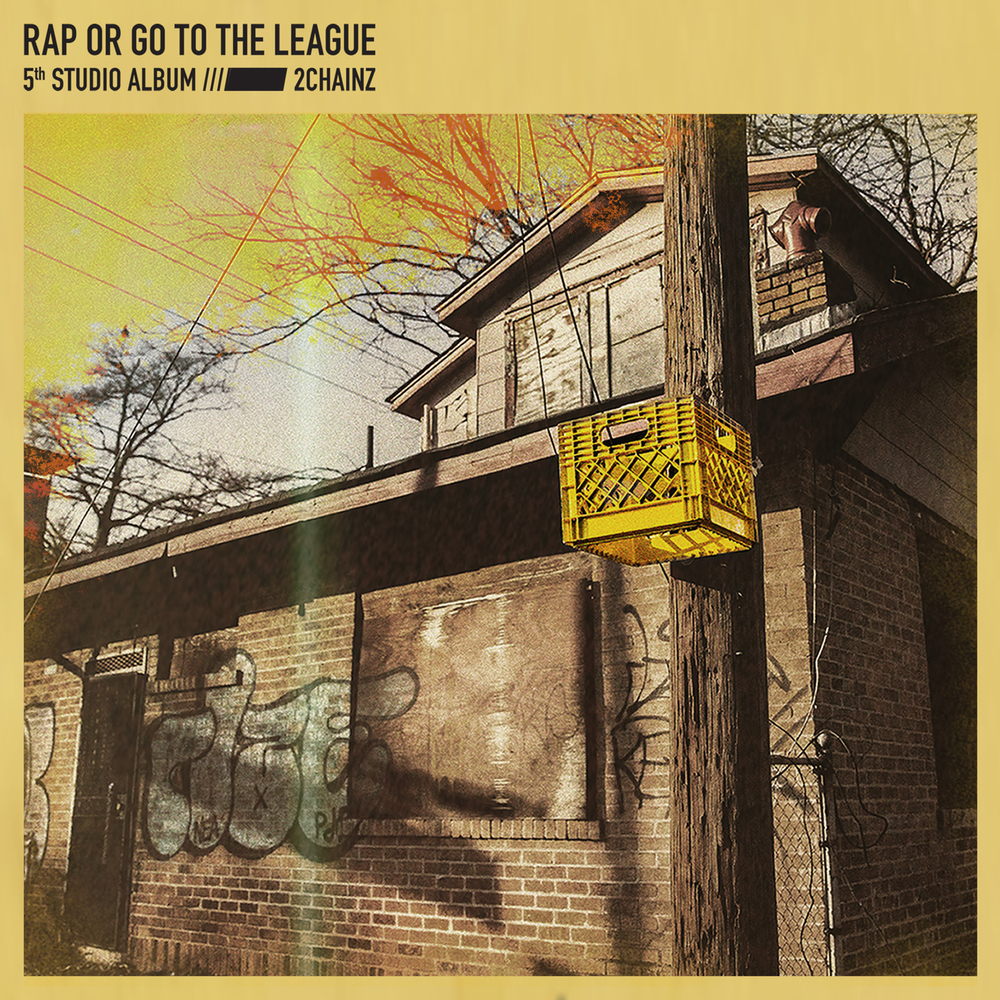 Rap Or Go To The League [Edited / Clean]

"The Atlanta rapper rewrites the rulebook on winning on his most thoughtful album [...] Rap or Go to the League feels like a personal triumph. There are more eye-popping 2 Chainz raps and more epic 2 Chainz songs elsewhere, but this album offers of 2 Chainz as a man and artist. It finds him retracing his own steps, looking to the world beyond himself, and seeking a way forward for others."
- Pitchfork

Rap or Go to the League is the fifth studio album by American rapper 2 Chainz, through Gamebread and Def Jam Recordings. Celebrating black excellence and focusing on the power of education and entrepreneurship, the title challenges the notion that the only way out of the inner city is either to become a rapper or a ball player.

"[Rap Or Go To The League] is actually an oxymoron because I want to bring to the table the fact that you don’t have to have a jump shot, you don’t have to be able to hold a note in order to be successful as an African American. I want to show growth, I always want to show maturation, and I want to have some kind of substance… It has a frequency of some relatable topics that many people can get down with today.”
- 2 Chainz
96 kHz / 24-bit PCM – Gamebread / Def Jam Recordings Studio Masters