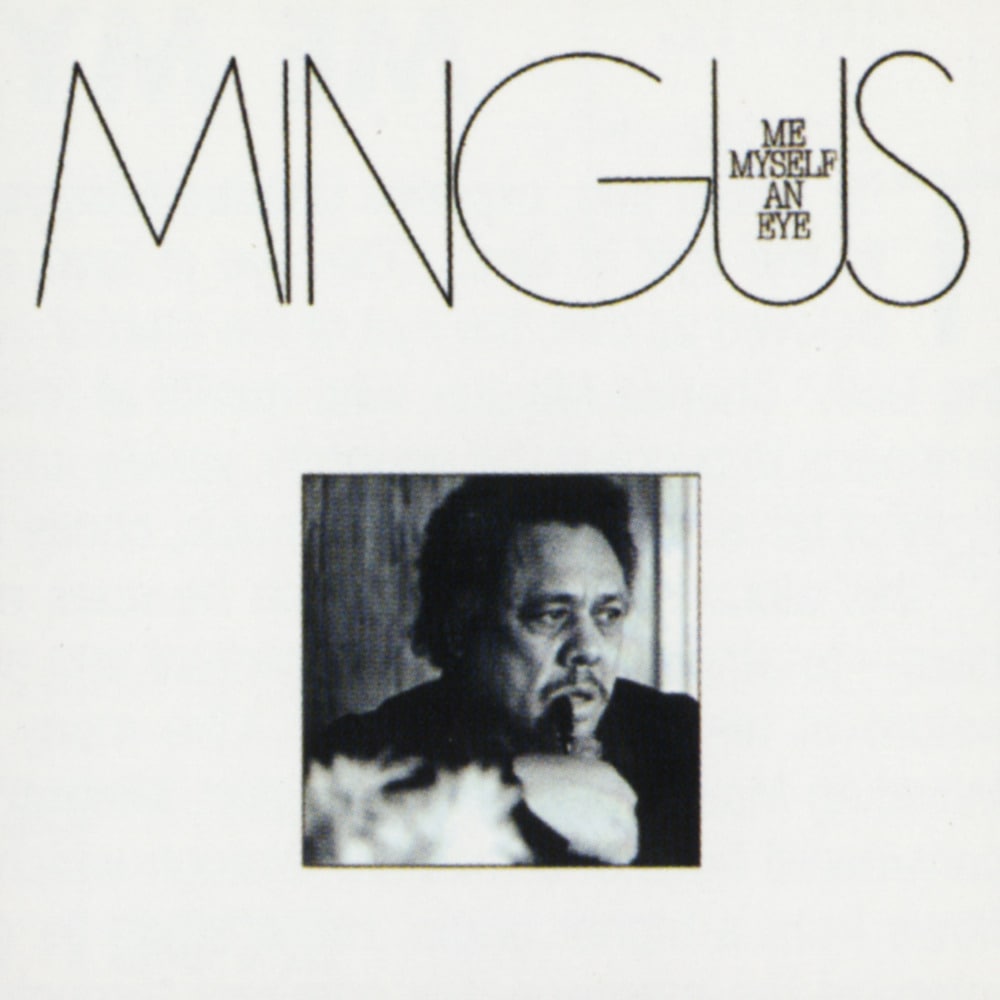 Me Myself An Eye

"When Mingus is inspired, his musicians discover depths in an unprecedented way. It seems magical when he conducts his whirlwinds from the bass, and seems even more so in the instance of "Three Worlds of Drums". Here is a performance that grows from beginning to end, and with each listening."
- Garry Giddins (The Village Voice)

Me, Myself an Eye is a jazz album under the name of Charles Mingus, who was the composer, but who did not play as a musician. The session took place on January 23, 1978 at the Atlantic Studios, New York City, under the direction of Paul Jeffrey. The arrangements and orchestrations were realized by Jack Walrath with the assistance of tape recorder records by Charles Mingus. The album was released in 1979 as a LP on Atlantic Records.

Me, Myself an Eye is similar to Something Like a Bird, the last album that Mingus was able to direct during his lifetime, but no longer a musician due to illness. The longest piece of the album, "Three Worlds of Drums", was directed by Paul Jeffrey, who also presented it at its premiere in 1978 at the Newport Jazz Festival in Saratoga.

To perform "Three Worlds Of Drums" (which evokes memories of "A Drum Is a Woman" by Duke Ellington), Walrath received a tape from Mingus on which he had sketched his ideas in the form of Moorish-sounding scales. Mingus instructed, "pick out some of my notes, organize a melody and write an arrangement on it." Walrath then wrote an introduction for a four-part work for an ensemble with percussion solos. The shout chorus was based on a melody that Mingus had written and supplemented by Walrath. The trumpet soprano saxophone melody shortly before the end is in turn attributed to Mingus' tape masters; the funeral end transcribed by Walrath from a Mingus piano recording.

The orchestration of Carolyn "Keki" Mingus was literally based on the piano sketch recorded by Mingus, except for the last chorus, which was written and arranged by Jack Walrath. "Wednesday Night Prayer Meeting" was arranged according to the instructions of Mingus, again except the last chorus which Jack Walrath wrote and arranged. "Devil Woman" was exclusively arranged by Walrath.
192 kHz / 24-bit, 96 kHz / 24-bit PCM – Rhino Atlantic Studio Masters