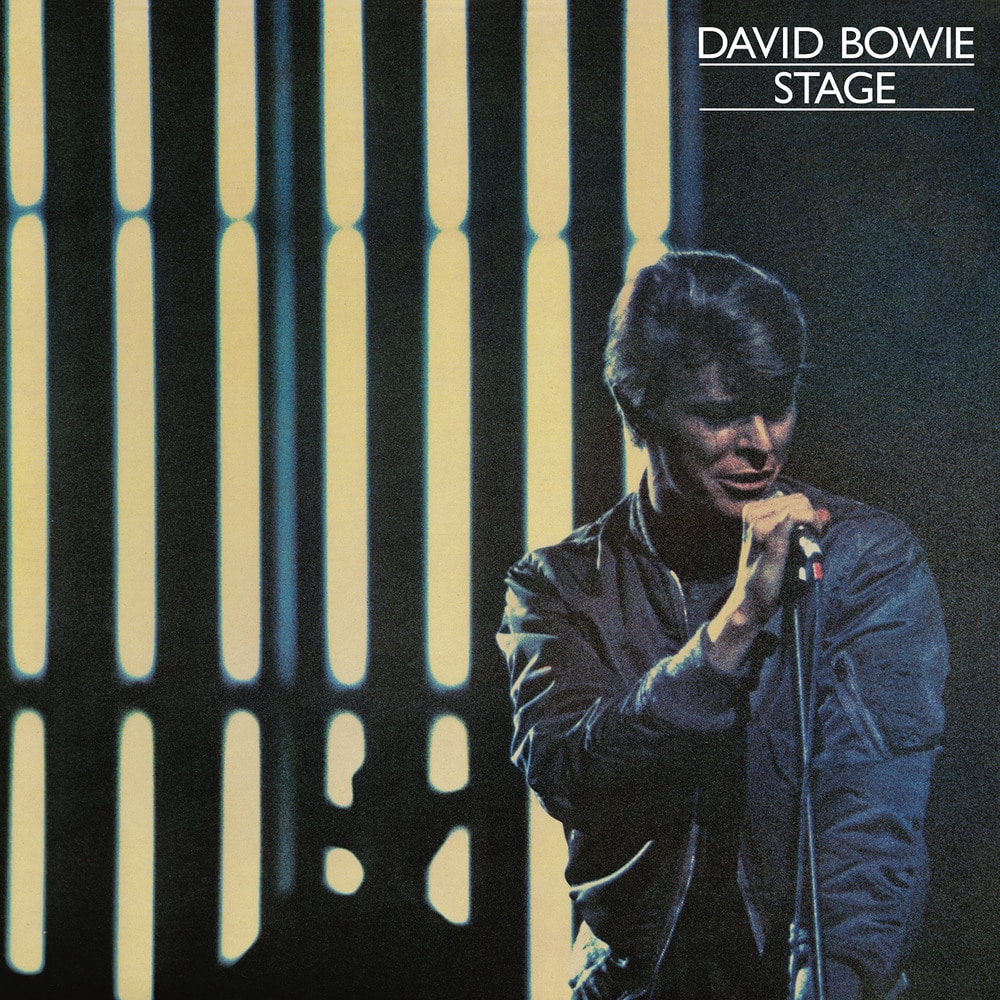 Available in MQA and 192 kHz / 24-bit, 96 kHz / 24-bit AIFF, FLAC high resolution audio formats
Stage is David Bowie's second live album, recorded on the Isolar II Tour, and released by RCA Records in 1978. Though it was rumoured at the time that this would be his final outing with the label, following dissatisfaction over the promotion of Low and "Heroes", Bowie remained with RCA until 1982. The recording was culled from concerts in Philadelphia, Providence and Boston, US, in late April and early May 1978. It primarily included material from Bowie's most recent studio albums to that date, Station to Station, Low and "Heroes" but also five songs from The Rise and Fall of Ziggy Stardust and the Spiders from Mars. Aside from Bowie's core team of Carlos Alomar, Dennis Davis and George Murray, band members included ex-Frank Zappa sideman Adrian Belew on guitar, Simon House from Hawkwind on electric violin, Roger Powell, best known for his work with Todd Rundgren in the group Utopia, on keyboards and Sean Mayes on piano, string ensemble and backup vocals. All would reunite the following year on Bowie's next studio LP, Lodger. Generally considered more relaxed than Bowie's previous live album, David Live, Stage was praised on its initial vinyl release for the fidelity with which the band was able to emulate in concert the electronic and effects-filled numbers from Low and "Heroes", as well as for the singer's vocal performance. The 2017 edition includes two previously unreleased tracks from the concerts, and is remastered as part of the A New Career in a New Town (1977–1982) box-set.
192 kHz / 24-bit, 96 kHz / 24-bit PCM – Parlophone UK Studio Masters