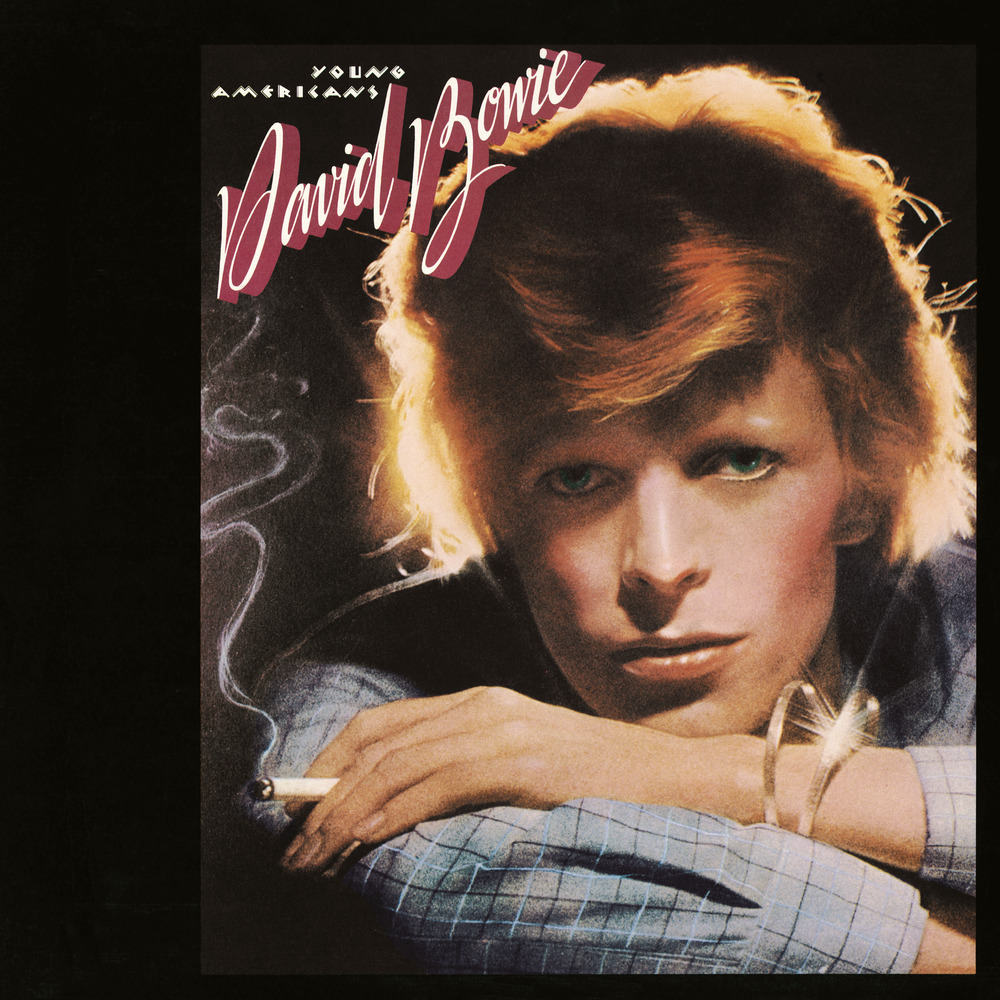 Available in MQA and 192 kHz / 24-bit, 96 kHz / 24-bit AIFF, FLAC high resolution audio formats
- UK Albums Chart - #2 (1975) - Billboard 200 - #9 (1975) Young Americans is the ninth studio album by the English musician David Bowie, released on 7 March 1975 by RCA Records. The album marked a departure from the glam rock style of Bowie's previous albums, showcasing his interest in soul and R&B music. Bowie would call the album's sound "plastic soul", describing it as "the squashed remains of ethnic music as it survives in the age of Muzak rock, written and sung by a white limey". Initial recording sessions took place in Philadelphia with producer Tony Visconti and a variety of musicians, including guitarist Carlos Alomar, who would become one of Bowie's most frequent collaborators, and singer Luther Vandross. Bowie drew influence from the sound of "local dance halls", which were blaring with the "lush strings, sliding hi-hat whispers, and swanky R&B rhythms of Philadelphia Soul". Later sessions took place in New York City, including contributions from John Lennon. Although Bowie was among the first English pop musicians of the era to overtly engage with black musical styles, the album was very successful in the US; the album itself reached the Top 10 in the Billboard charts, with the song "Fame" hitting the number-one the same year the album was released. It was generally well received by critics. The 2016 remaster was overseen and completed by Tony Visconti for the Who Can I Be Now? (1974–1976) box-set.
192 kHz / 24-bit, 96 kHz / 24-bit PCM – Rhino Studio Masters