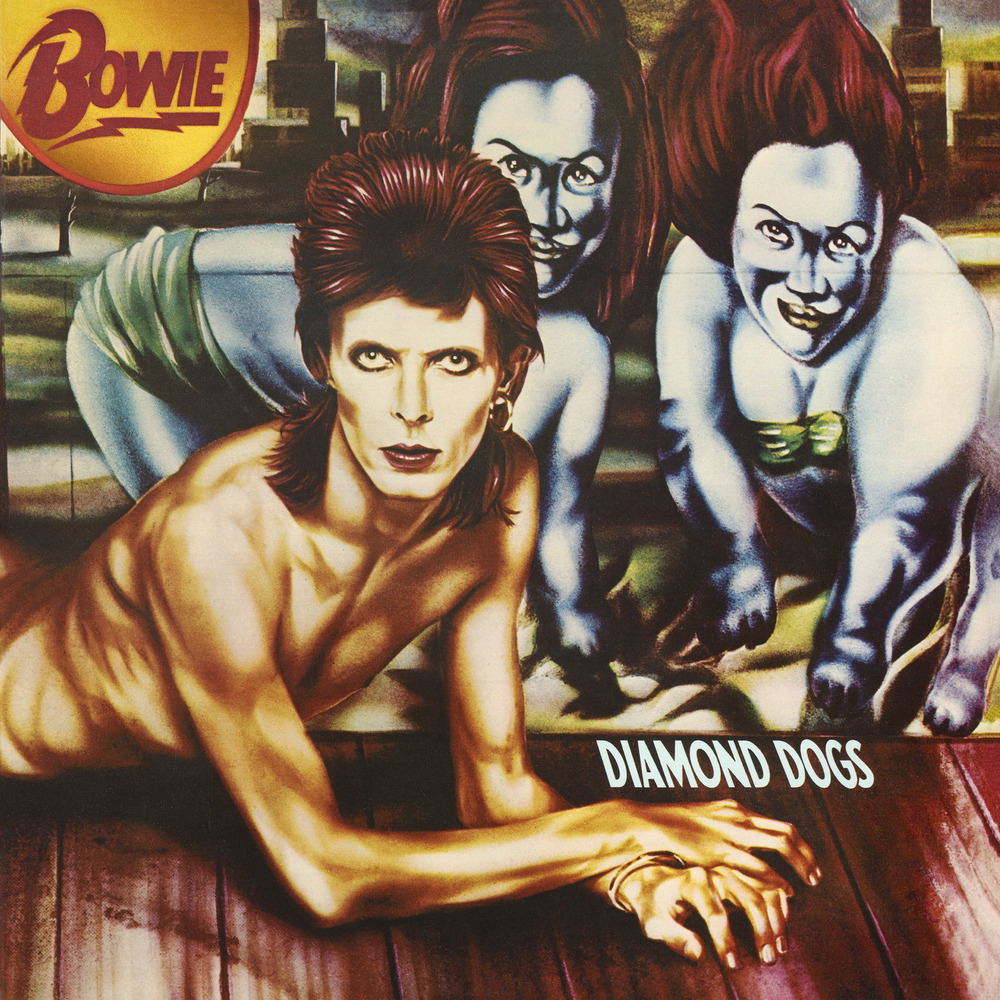 Available in MQA and 192 kHz / 24-bit, 96 kHz / 24-bit AIFF, FLAC high resolution audio formats
- UK Albums Chart - #1 (1974) Diamond Dogs is the eighth studio album by the English musician David Bowie, released on 24 May 1974 by RCA Records. Thematically, it was a marriage of the novel Nineteen Eighty-Four by George Orwell and Bowie's own glam-tinged vision of a post-apocalyptic world. Bowie had wanted to make a theatrical production of Orwell's book and began writing material after completing sessions for his 1973 album Pin Ups, but the author's estate denied the rights. The songs wound up on the second half of Diamond Dogs instead where, as the titles indicated, the Nineteen Eighty-Four theme was prominent. The 2016 remaster came as part of the Who Can I be Now? (1974-1976) box-set. "[Diamond Dogs is] a very political album. My protest ... more me than anything I've done previously." - David Bowie
192 kHz / 24-bit, 96 kHz / 24-bit PCM – Parlophone UK Studio Masters