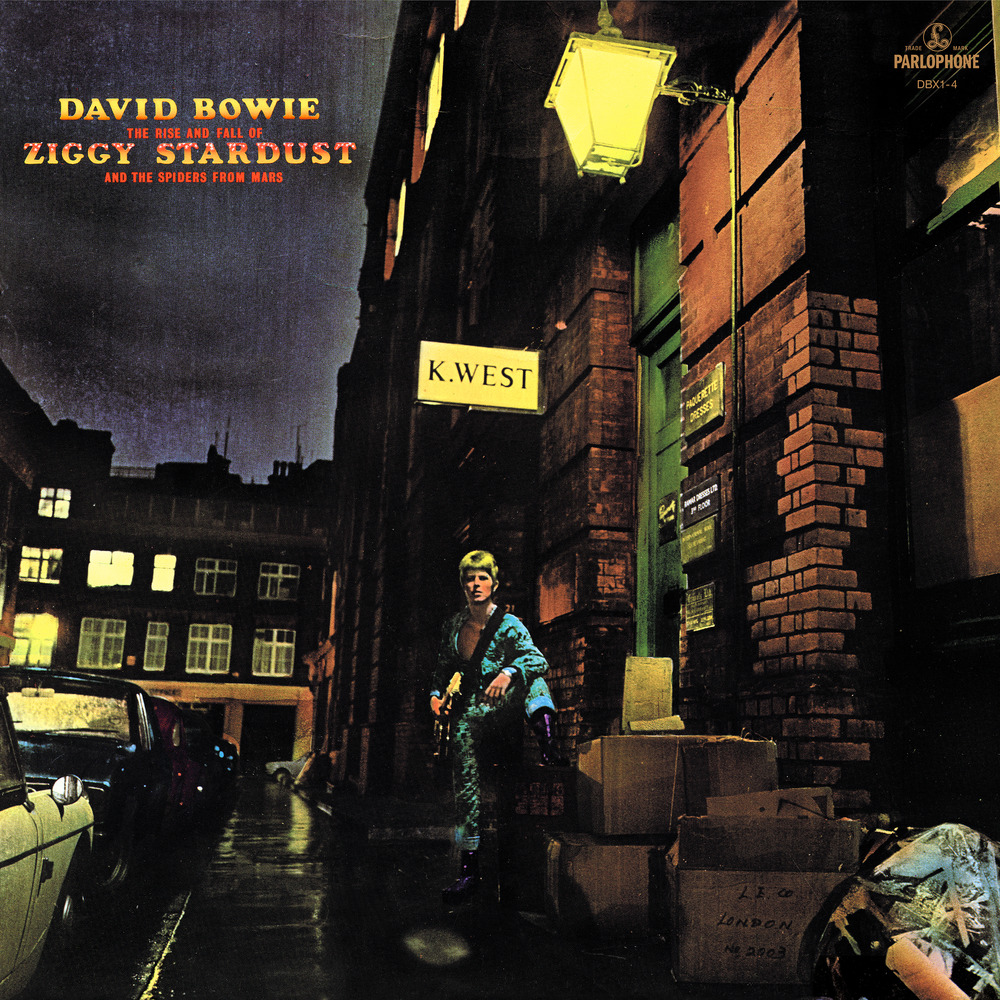 The Rise and Fall of Ziggy Stardust and the Spiders from Mars (often shortened to Ziggy Stardust) is the fifth studio album by English musician David Bowie, released on 16 June 1972 in the United Kingdom. It was produced by Bowie and Ken Scott and features contributions from the Spiders from Mars, Bowie's backing band – Mick Ronson, Trevor Bolder and Mick Woodmansey. The album was recorded in Trident Studios, London, like his previous album, Hunky Dory. Most of the album was recorded in November 1971 with further sessions in January and early February 1972.

Described as a loose concept album, The Rise and Fall of Ziggy Stardust and the Spiders from Mars is about Bowie's titular alter ego Ziggy Stardust, a fictional androgynous bisexual rock star who acts as a messenger for extraterrestrial beings. The character was retained for the subsequent Ziggy Stardust Tour through the United Kingdom, Japan and North America. The album, and the character of Ziggy Stardust, were influenced by glam rock and explored themes of sexual exploration and social taboos. A concert film of the same name, directed by D. A. Pennebaker, was recorded in 1973 and released a decade later.

The album received widespread critical acclaim. In 2017, it was selected for preservation in the National Recording Registry, being deemed "culturally, historically, or artistically significant" by the Library of Congress.