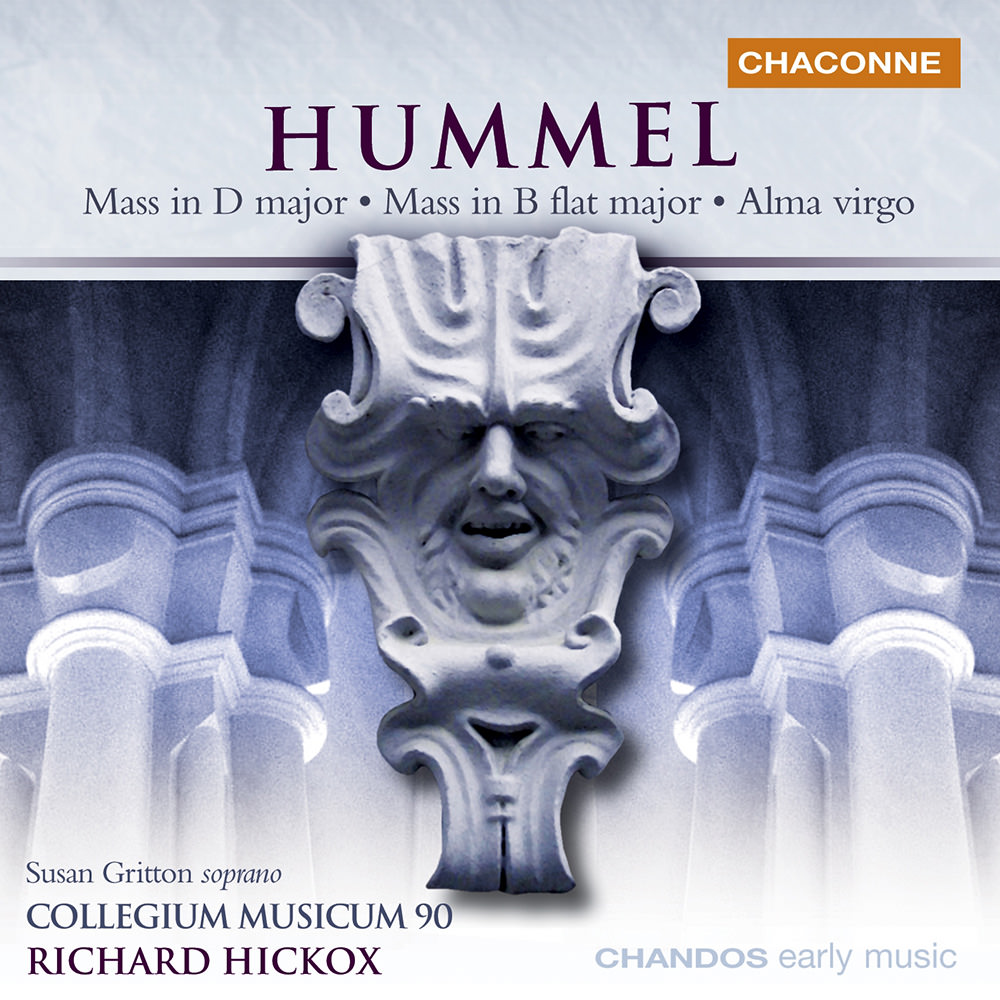 Available in 96 kHz / 24-bit AIFF, FLAC high resolution audio formats
"Five Stars ... it is astonishing that such fine pieces have been so completely neglected. They here inspire Hickox and his team to performances just as electrifying as those they have given of the great series of late Haydn masses." - The Guardian This first volume in a series of Hummel's Masses, recorded in October 2001 by Richard Hickox and his early music ensemble Collegium Musicum 90, features guest soprano Susan Gritton on the Alma virgo. These great works, under-represented on record, have been largely overshadowed over the years, unfairly, by Haydn's late Masses.
96 kHz / 24-bit PCM – Chandos Studio Masters