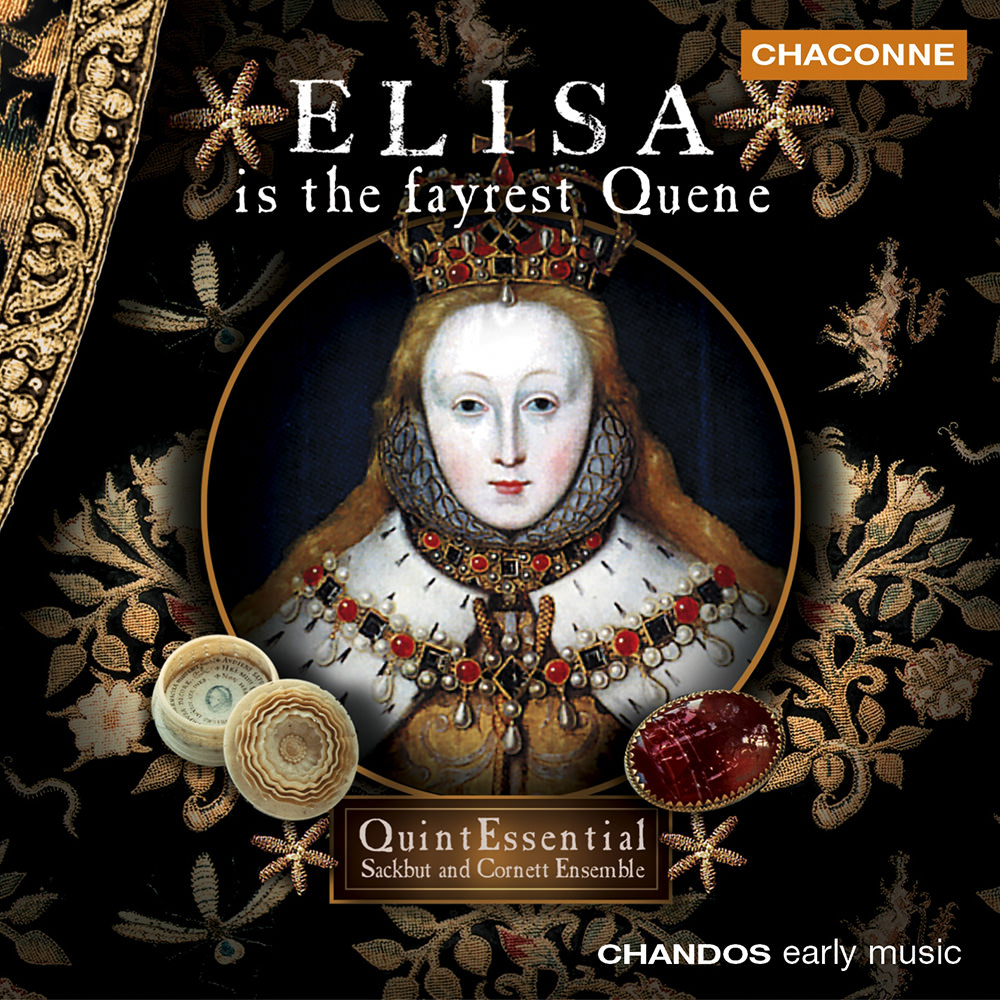 Elisa is the fayrest Quene

"... (the ensemble) demonstrate their instrumental mastery on a divergent, well-chosen collection ... ideal for fanciful feasts both great and small ... offers a delightful alternative to those who cannot afford the prestige of private courtly musicians. Stylishly set amidst period instruments ... stylized vocals will whisk you away to the courts of yesteryear."
- Renaissance Magazine

On this recording issued to mark the 400th anniversary of the death of Elizabeth I, British ensemble QuintEssential aims to illuminate a small part of the rich tapestry that was Elizabethan music making: the cornetts, sackbuts, the solo voice and the Queen's own instruments, the lute and the keyboard. The album borrows its title from a song by Edward Johnson who is represented here alongside other well known composers as William Byrd, John Dowland, Antony Holborne, John Bull and John Wilbye. Dances by the enterprising composer-publishers Pierre Attaignant and Claude Gervaise fit naturally within the programme, as does a pair of dances by Augustine Bassano, member of an Italian family which left its mark on the court's musical life for over a century.
96 kHz / 24-bit PCM – Chandos Studio Masters