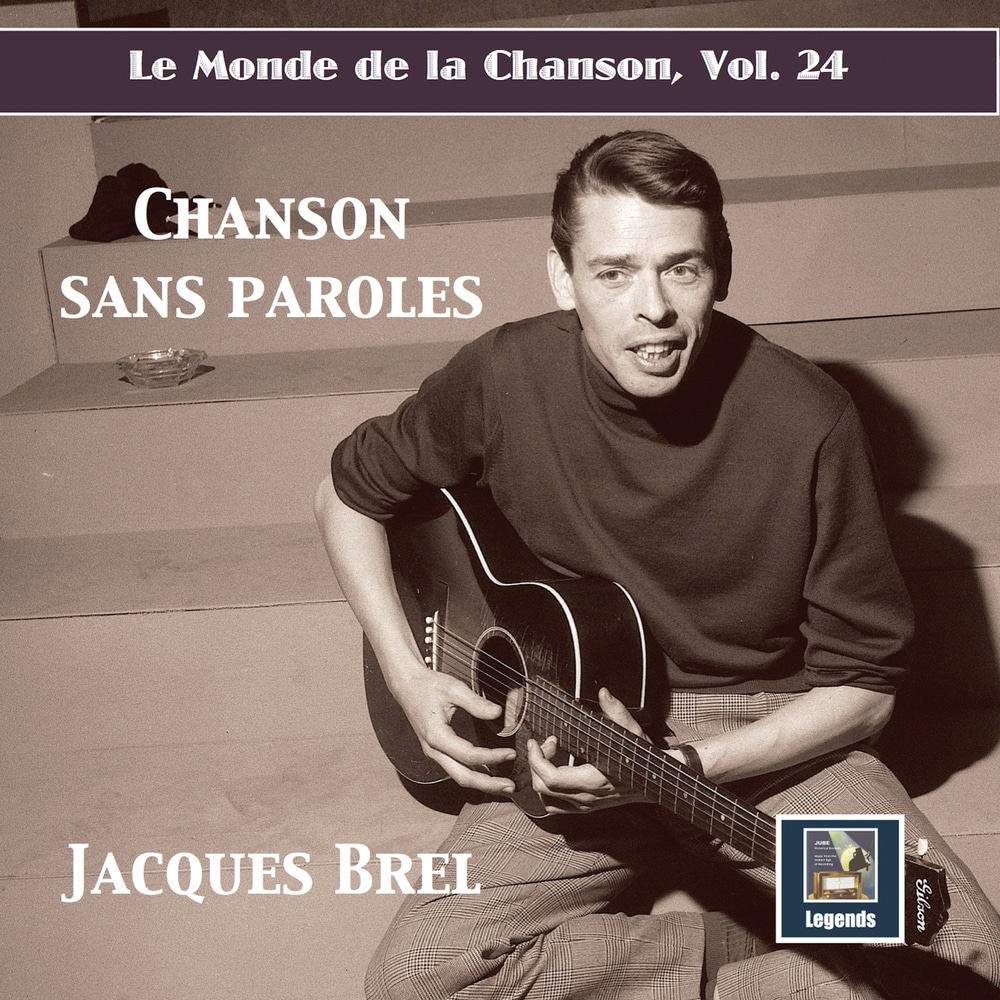 Regrettably, this album is not available
for sale at this time.
Jacques Brel stopped his concert tours in 1967 but his songs continued on their journey around the world. More than just a singer, Jacques Brel the man was often felt by his fans to be a powerful, sensitive and generous performer. Through his lyrics and in his many interviews, he came across as a far from ordinary man, whose appeal was due not only to his artistic talents but also to his noble-heartedness, his provocation, his evasive replies and his turns of phrase. Even today, he remains someone who jolts each of us, persuading us to ‘live our lives’.

Right up until the very end, Jacques Brel was open to everything in life, just as he had been at the age of twenty. He liked to get to know others and their differences. He was soon tempted by the joys of sailing and flying. A humble and conscientious beginner, he wanted to know more and immediately took lessons in aerobatics and did a professional course in night-time instrument flying. Becoming a pilot was one of his proudest achievements. Jacques Brel was a man who was always looking for a way out, an escape, and for whom tomorrow was always his next adventure. Soon, everything became an occasion to leave, to take off, to set sail.
Tracks 1-22 – contains high-resolution digital transfers of material originating from an analogue master source