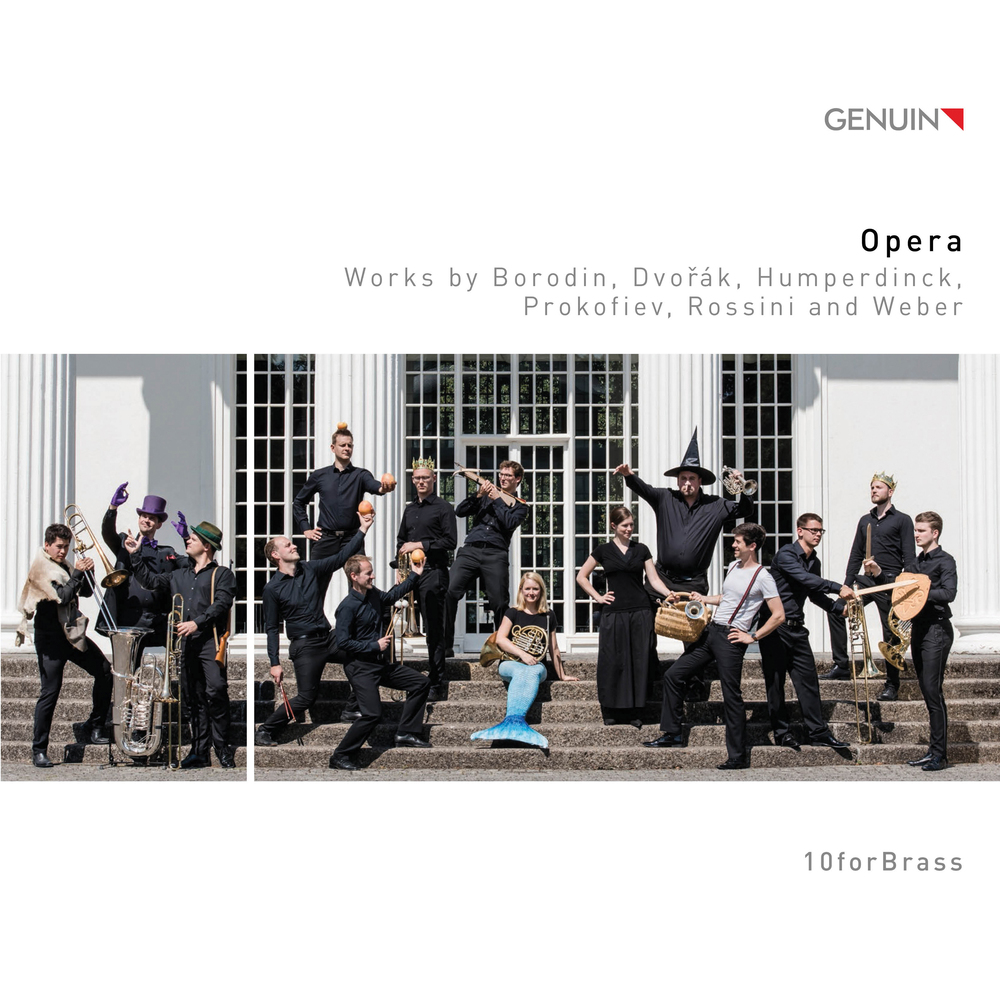 Everything is possible on stage. At least that’s our impression upon hearing the members of the young, award-winning brass ensemble 10forBrass. On their new (third) GENUIN release, no woodwind run is too fast for them and no string pianissimo too soft: they are both witches and kings, mermaids and jesters, angels and huntsmen. From Carl Maria von Weber to Sergei Prokofiev, no music theater work is safe from the brass virtuosi – whatever isn’t bolted to the floor is fair game for the sizeable brass ensemble. Each opera scene is more beautiful than the next: simply ravishing!

The brass ensemble 10forBrass was founded in 2010 by young musicians from across Germany. They have all been members of highly regarded international orchestras such as the Junge Deutsche Philharmonie, the Gustav Mahler Jugendorchester and the Festival Orchestra of the Schleswig-Holstein Music Festival.
96 kHz / 24-bit PCM – Genuin Studio Masters