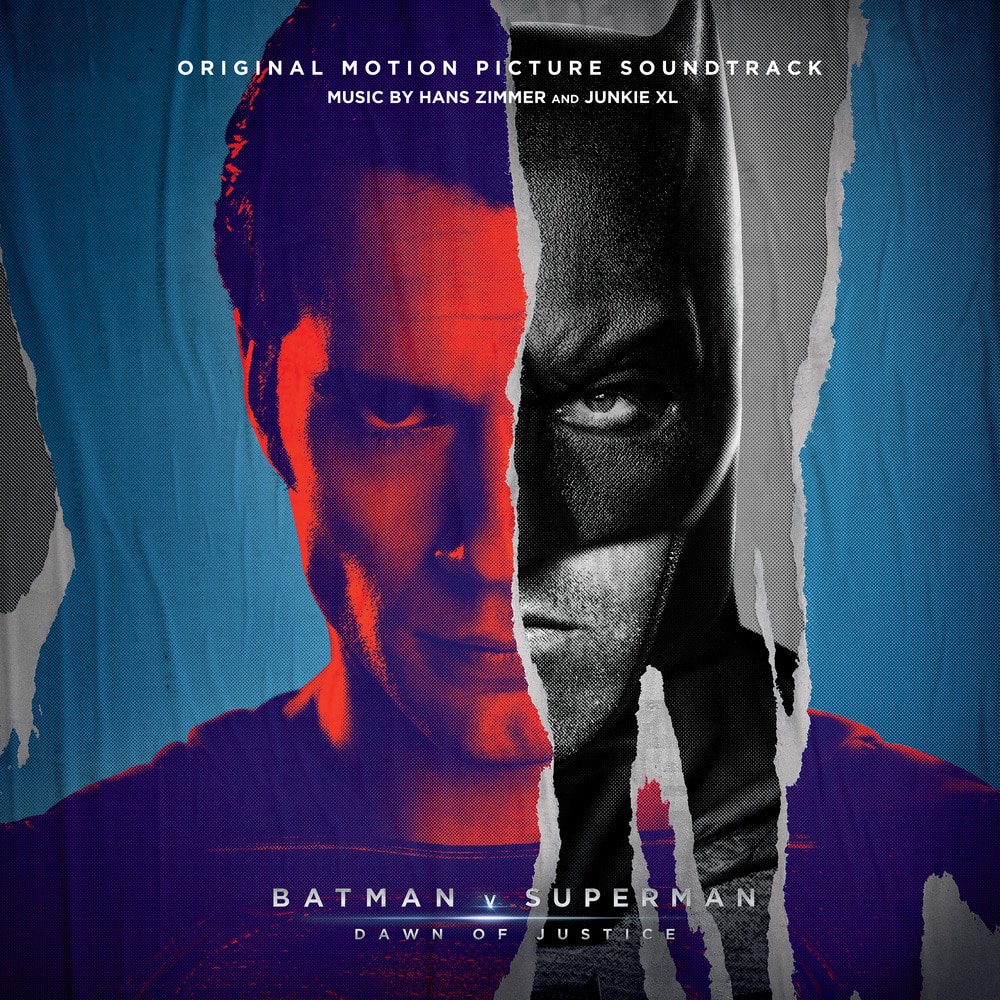 WaterTower Music is releasing of the soundtrack to the feature film Batman v Superman: Dawn of Justice, a collaborative effort by film composers Hans Zimmer and Junkie XL (aka Tom Holkenborg).

“Junkie XL is an incredibly insightful film composer. It was a perfect idea for us to work together on the Batman v Superman score.”
- Hans Zimmer

“Hans has an incredible legacy, and I was extremely thrilled when he approached me to work on Batman v Superman with him.”
- Junkie XL

The composers discussed their close working relationship with director Zack Snyder:
“Zack allows us to try things we haven’t tried before. He’s very supportive of the eccentricities that we bring to this. He’s very open and accepting of our ideas, and infuses the creative process with an energy that inspires you.”
44.1 kHz / 24-bit PCM – Watertower Music Studio Masters