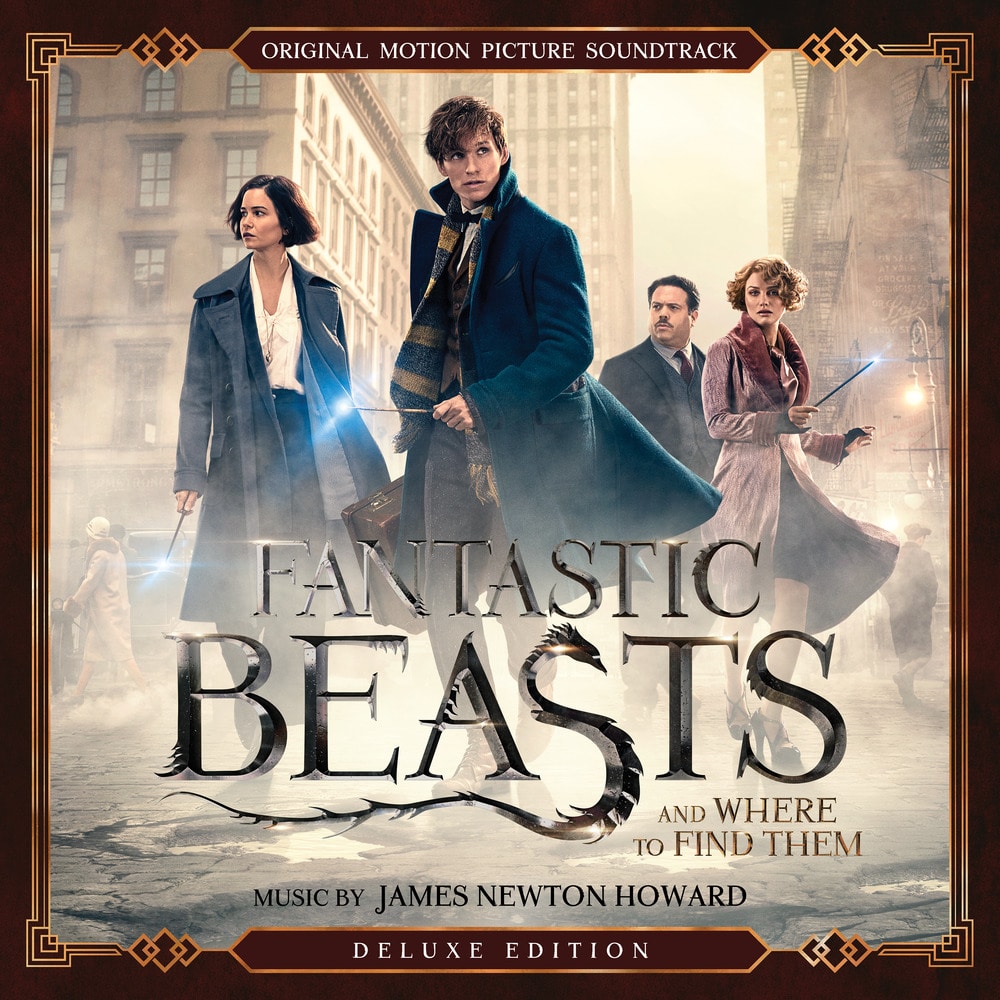 Available in MQA and 48 kHz / 24-bit AIFF, FLAC audio formats
WaterTower Music releases the original motion picture soundtrack for Fantastic Beasts and Where To Find Them, an adventure returning us to the Wizarding World created by J.K. Rowling. The soundtrack music was created by Grammy and Emmy Award-winning composer James Newton Howard (Maleficent, The Hunger Games franchise, The Dark Knight, Batman Begins [with Hans Zimmer]). The Deluxe Edition features a second disc of all-new bonus material! James Newton Howard, describing the project and his introduction to the film, remarked, “It’s like joining a family in a way; I was made to feel very welcome. The scope of the movie, emotionally, visually, in every way, is very broad. There are funny moments, magical, beautiful moments, and there are some dark and scary moments. The music helps tell the story. I’ve had fun writing themes for the various characters and giving a musical voice to this wonderful new movie. It’s been a great collaboration with musicians and filmmakers, and I’ve thoroughly enjoyed it!”
48 kHz / 24-bit PCM – Watertower Music Studio Masters