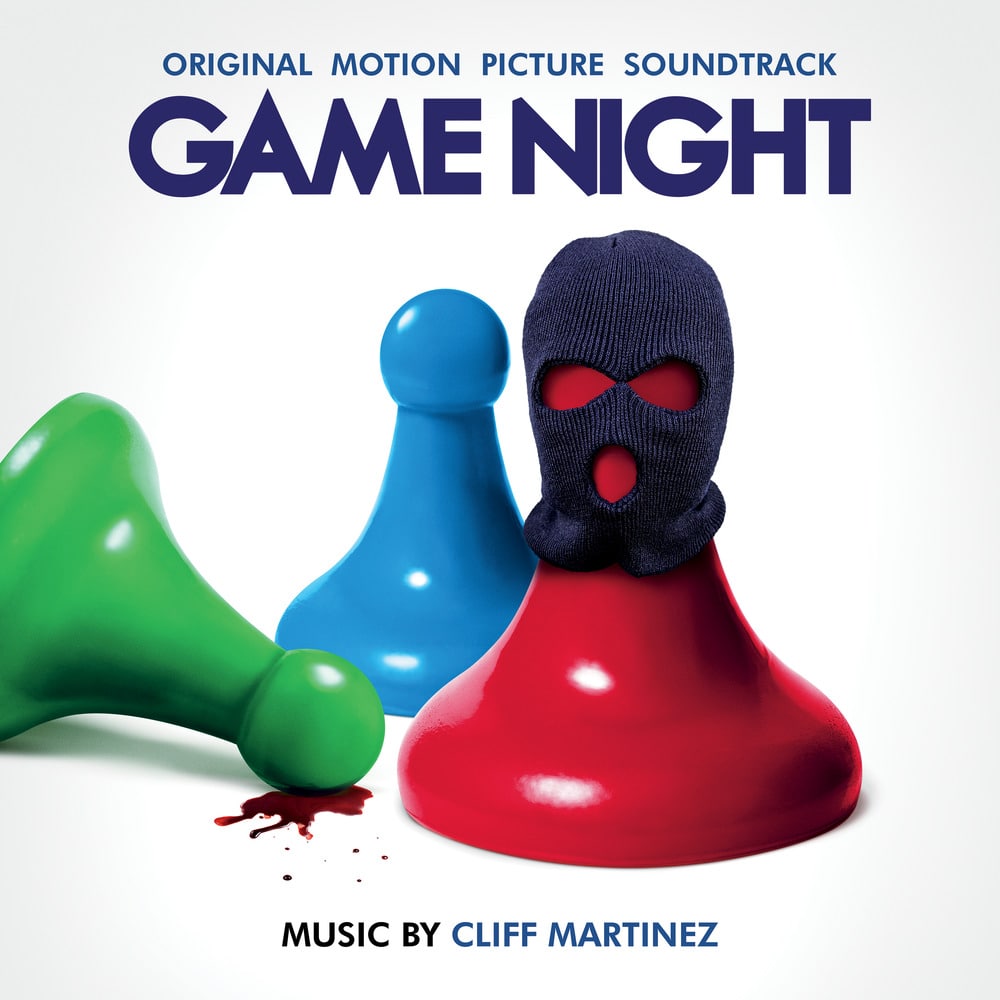 Available in MQA and 48 kHz / 24-bit AIFF, FLAC audio formats
WaterTower Music is releasing the Game Night – Original Motion Picture Soundtrack. The album features original music by acclaimed musician and composer Cliff Martinez (The Foreigner, Drive). "This score may have been the biggest musical challenge of my career. When it comes to comedy, I doubt I'm at the top of most directors' short list. I'm the guy you call when the film's characters are doing drugs, getting shot, stabbed, beaten or blown up –unless of course, those things are supposed to be funny." - Cliff Martinez In this case, they certainly are. Game Night is a comedy that takes a fresh and unexpected approach, so Martinez was an inspired choice – with a composing career boasting films that are often dark, psychological stories, and longstanding relationships with Steven Soderbergh and Nicolas Winding Refn on films and TV series such as The Knick, Drive, The Neon Demon, and Solaris. "The first thing that the directors said to me was, 'Don't try to be funny. That's our job. Just be yourself,'" Martinez joked.
48 kHz / 24-bit PCM – Watertower Music Studio Masters