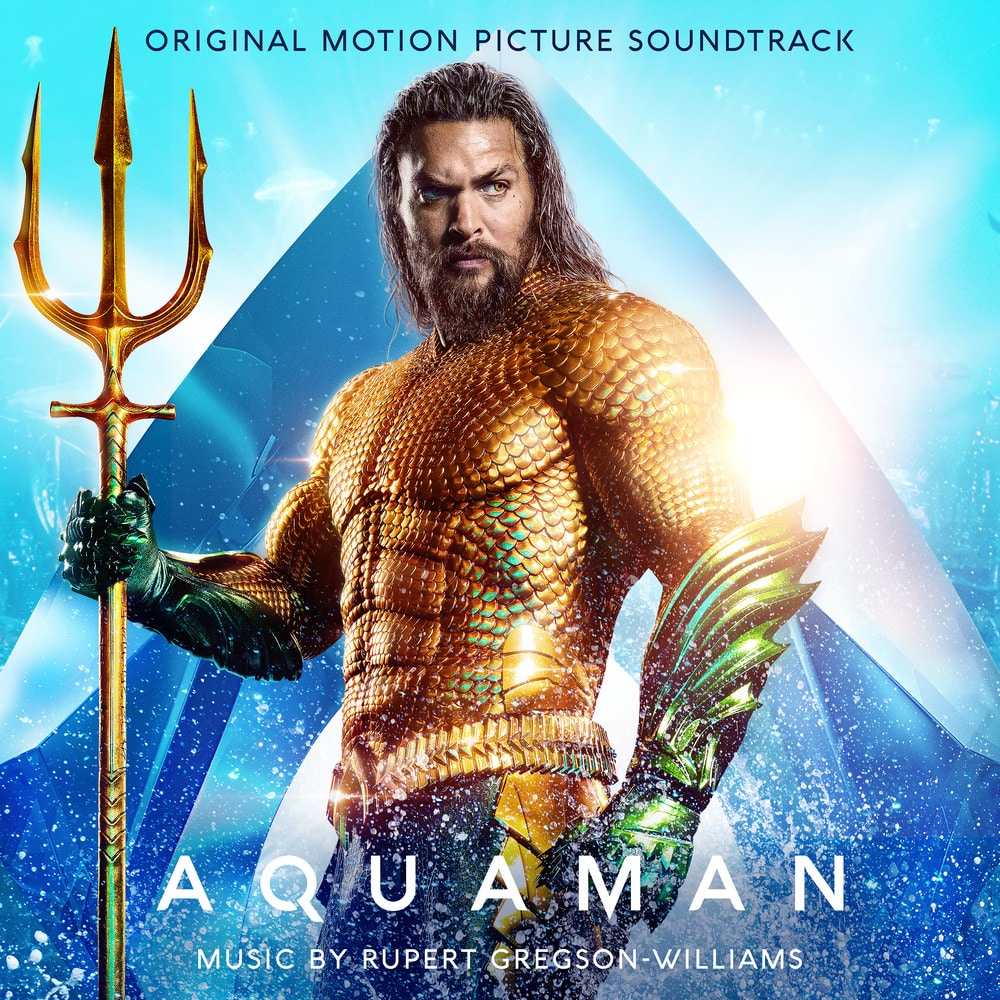 Available in MQA and 44.1 kHz / 24-bit AIFF, FLAC audio formats
WaterTower Music has excitedly released the soundtrack to Aquaman, the action-packed adventure film from director James Wan that spans the vast, visually breathtaking underwater world of the seven seas. Aquaman features an original score by multi-award-winning composer Rupert Gregson-Williams (Wonder Woman, Hotel Rwanda, Hacksaw Ridge), includes a track by composer Joseph Bishara (The Conjuring, Annabelle) and debuts the new songs “Ocean To Ocean” by Pitbull Feat. Rhea, and the end title song “Everything I Need” by Skylar Grey. “Writing the themes for the different characters was awesome. Arthur Curry has such a strong character—he’s a real rock star—so I felt he deserved a big melody. He gets to rock out for certain intense moments too. Orm is Atlantean, and the score I wrote for Atlantis is in big contrast to the score for the surface world, epic and glorious. Black Manta inspired a more industrial, electronic feel. And, of course, there’s romance—two in fact. Atlantis and the entire world James created is truly amazing, giving me such a rich opportunity.” - Rupert Gregson-Williams
44.1 kHz / 24-bit PCM – Watertower Music Studio Masters