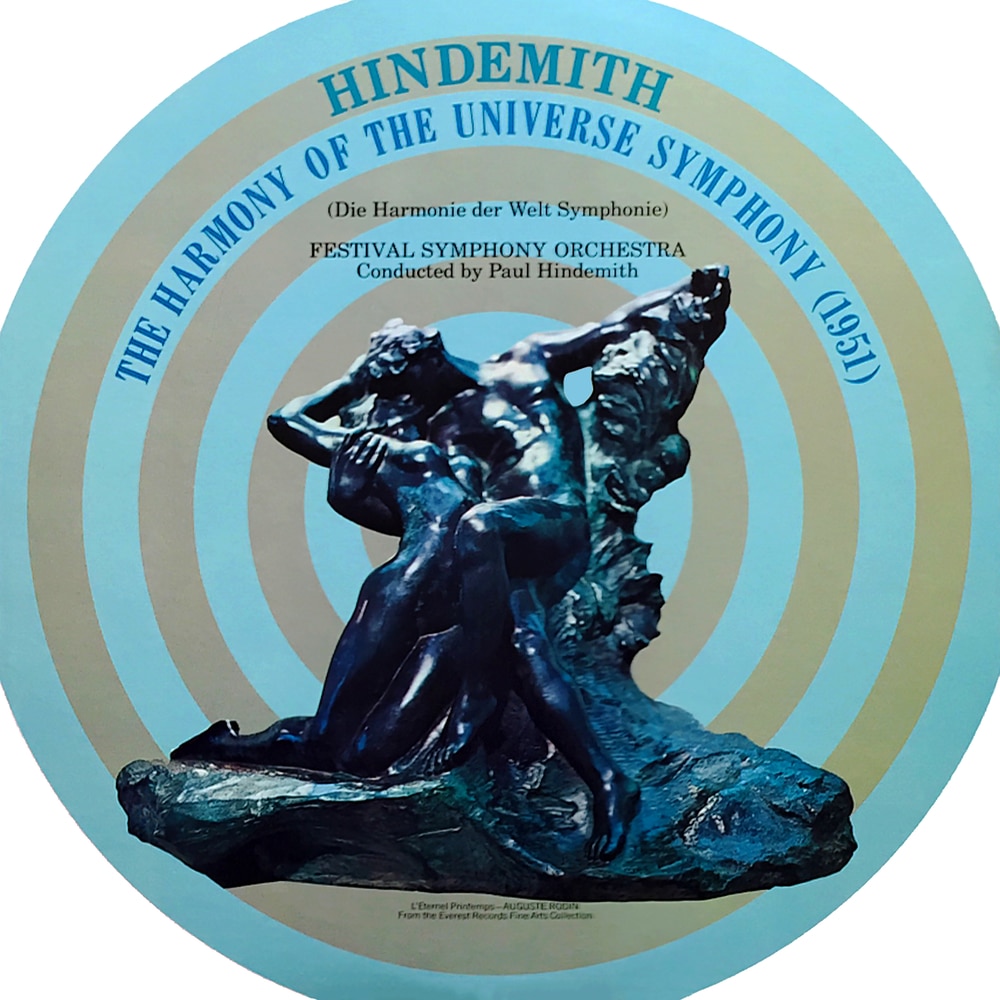 The Harmony Of The Universe Symphony

Available in 96 kHz / 24-bit AIFF, FLAC high resolution audio formats
The opera Die Harmonie der Welt ("The Harmony of the Universe Symphony") about the astronomer Johannes Kepler summarises, to an extent unmatched by any of his other works, Hindemith's music-theoretical and aesthetic convictions: the interpretation of the order of tones as a reflection of the general order of nature and the superelevation of that order into a cosmic harmony of the spheres. In this sense, it is the principle work of his middle creative period whilst also forming the transition to his late period. The conception of this work went back to the late 1930s, however. Hindemith already wanted to start work on it in 1940, but this was prevented by the political catastrophe in Europe. Nonetheless, Hindemith continued working on this project, with interruptions, and especially undertook intensive historical studies relating to it. The motet composed for Christmas 1941, In Principio erat Verbum, was based on the same theme that would be used as the foundation of the final scene of the opera. The Symphony Die Harmonie der Welt was completed in 1951, on which Hindemith commented: "The three movements are pieces of music from an opera adapted for concert performance. They are about the life and work of Johannes Kepler, the contemporary events that encouraged or hindered him and the search for the harmony that doubtless rules the Universe." Only in 1956, under great strain, was Hindemith able to complete the libretto, then finishing the music by May 1957. Hindemith himself conducted the world premiere on 11 August 1957 at the Munich State Opera. The motivation of this work, so rich in ideas, is rather didactic-epic than dramatic. The polyphonic writing techniques find their dramaturgical corollaries in the simultaneous scenes in which absolutely incompatible things are happening at the same time, appearing to give the lie to the title Die Harmonie der Welt. The disharmony in which Kepler lives is almost all that is represented; he confesses: "The great harmony, that is death. [...] It has no site on earth." But this disharmony can only be sustained through a notion of an ultimate Harmonie der Welt which Kepler was resigned to recognise and proclaim.
96 kHz / 24-bit PCM – Legacy International Studio Masters