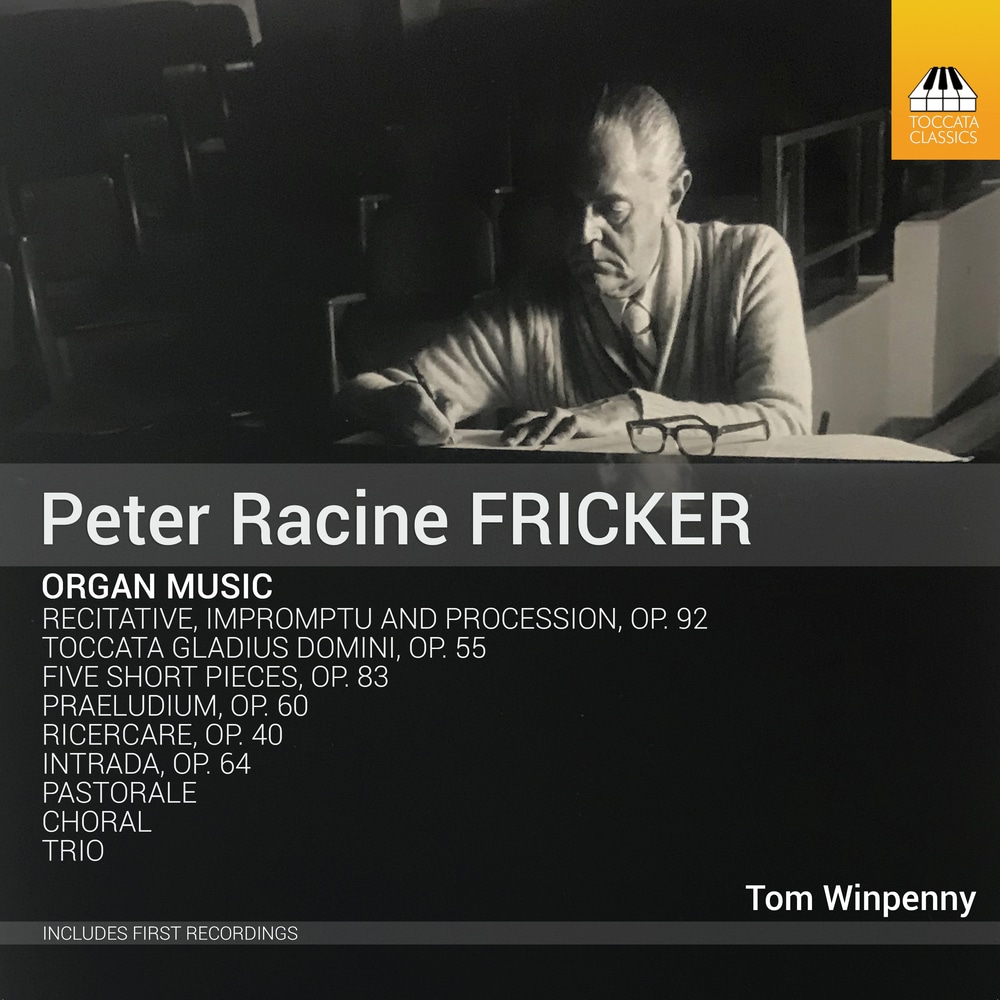 Available in 96 kHz / 24-bit AIFF, FLAC high resolution audio formats
The London-born Peter Racine Fricker was once a prominent figure on the British musical landscape but slipped from view after he took up a teaching post in California in 1964. This first-ever survey of his organ music reveals a vigorously contrapuntal style, one which reconciles a taste for crunchy dissonance with a strong sense of melodic direction, its moods ranging from angular elegance to fierce climaxes swirling with energy and glittering with light. The organist here is Tom Winpenny, Assistant Master of the Music at St. Albans Cathedral and one of Britain’s brightest young stars in the organ firmament. He was formerly Sub-Organist at St. Paul’s Cathedral, and during this time he performed with the Cathedral Choir at the American Guild of Organists National Convention, performed in Mahler’s Symphony No. 8 with Valery Gergiev and the London Symphony Orchestra, and played for many major state occasions. He has also broadcast regularly on BBC Radio and been featured on American Public Media’s ‘Pipedreams.’
96 kHz / 24-bit PCM – Toccata Classics Studio Masters