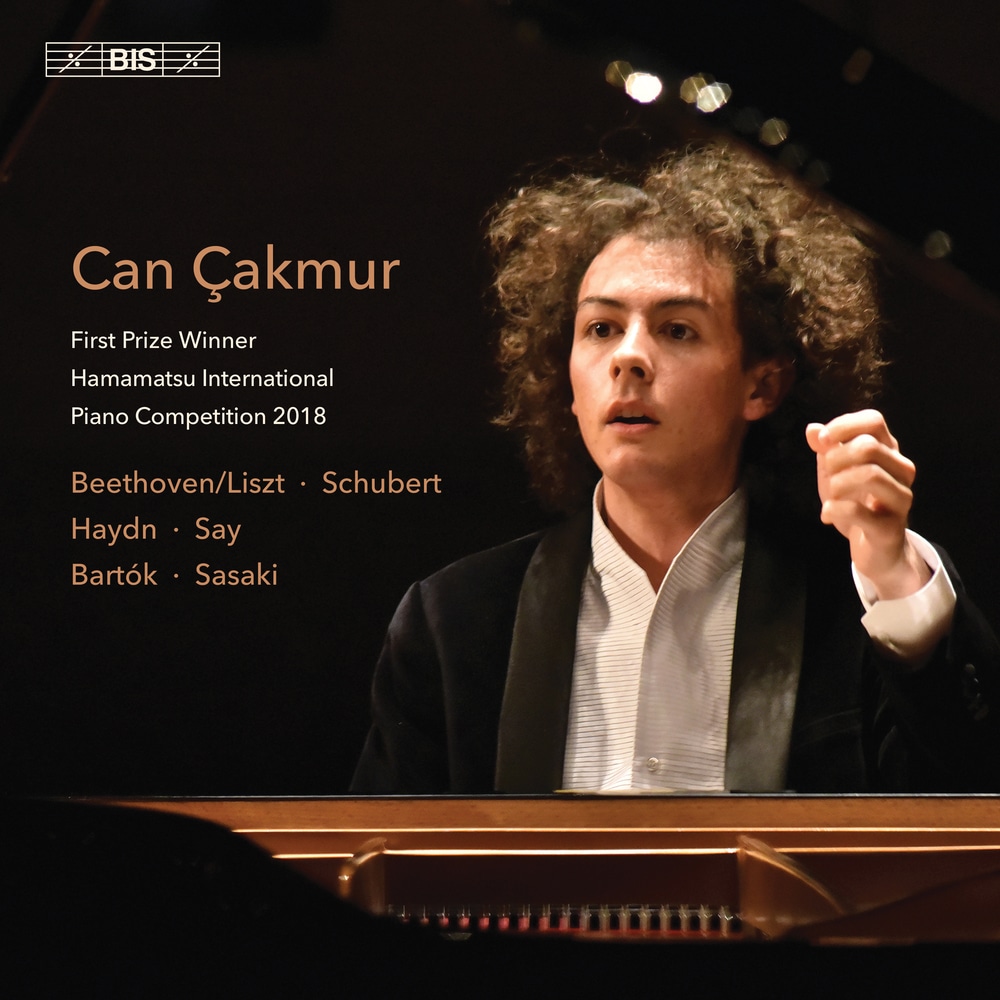 Available in 96 kHz / 24-bit AIFF, FLAC high resolution audio formats
On the 3rd January 2019, only a few weeks after winning the 10th Hamamatsu International Piano Competition, Can Çakmur returned to the ACT CITY Concert Hall in Hamamatsu in order to record his début release. Can’s chosen programme reflects his wide-ranging musical interests – from Haydn’s late F-minor set of variations and Schubert’s early Sonata in E flat to Sacrifice from 2017, composed by Fuyuhiko Sasaki for the competition. Also included on the album are Liszt’s transcription of the Beethoven song Adelaide, and Black Earth by Can’s compatriot, the Turkish pianist and composer Fazil Say. Born in 1997, Can Çakmur (pronounced Djahn Tchakmur) studied in his native Ankara as well as in Paris, and is currently a student at the University of Music Franz Liszt in Weimar. He has performed widely in Turkey and has a particular interest in spreading classical music to a wider audience. For the present release, Can Çakmur has chosen to perform on the same instrument that he chose to play throughout the Hamamatsu competition, a Shigeru Kawai SK-EX full concert grand.
96 kHz / 24-bit PCM – BIS Records Studio Masters