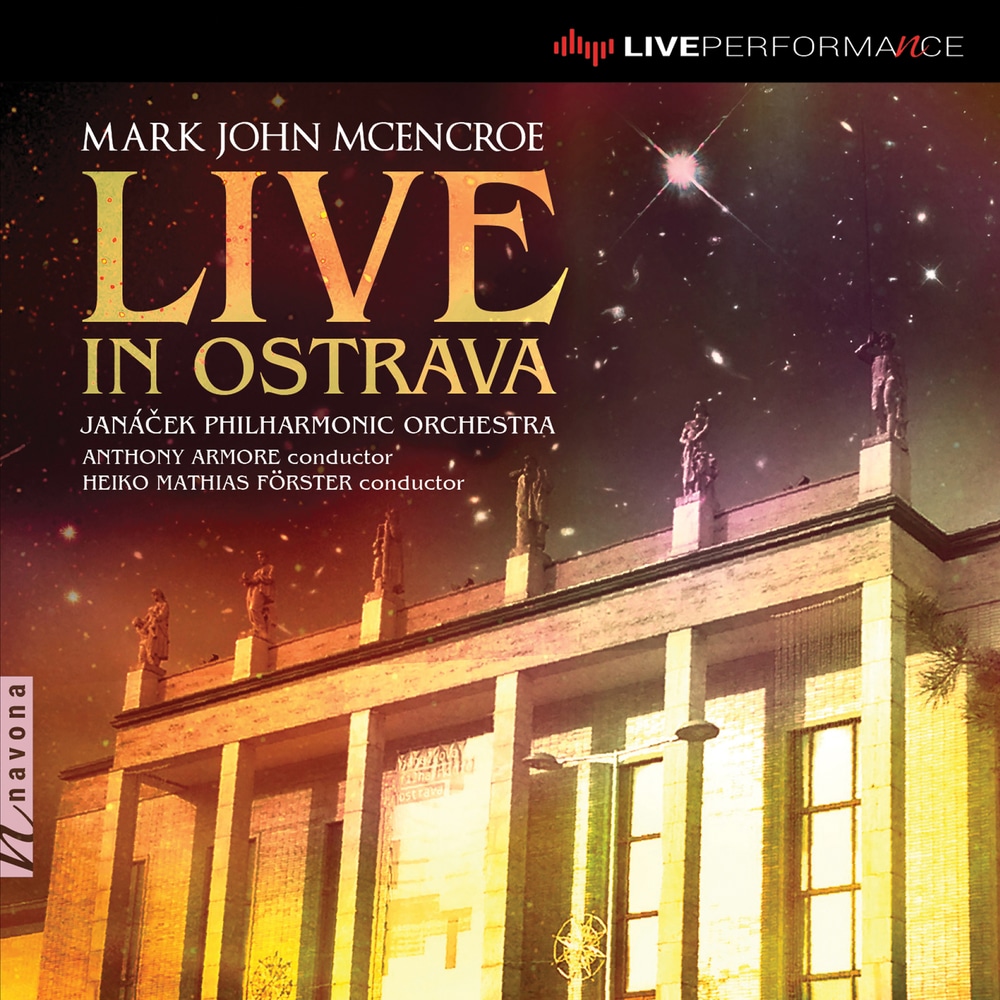 Mark John McEncroe, who started his musical training in his late 30's, had always exhibited a varied, profound interest in music – one that led him to work as a major music label manager over the course of two decades. No doubt that it was partially this section of his professional career which formed the basis of his personal compositional language. Unimpeded by the constrictions of a musical academic career, he developed a style which is unapologetically concrete and evocative.

Live In Ostrava sets out with a work titled "Symphonic Poem – The Passing", a piece which chronicles the renewal of attitudes and ideas; a process that may, at times, be painful, but remains an inevitable part of the human condition. There are wistful moments, too, but the outlook is quietly courageous: like someone who has made peace with his or her fate, "The Passing" concludes in a soft melancholia.

While it draws on the same idea of the cyclicality of life, the initial mood in the following work, "Symphonic Suite No. 1 – A Modern Medieval Tale", could not be more different. “Entrance of the King” is expectedly majestic and proud, at times even martial, as is “Strutting Peacocks – Hangers On at Court.” Ever present is the truculent struggle against humanity's universal inner demons. “Rising Discontent” evokes the quiet before a storm, which gets unleashed in a fortissimo tutti in “Peasants Uprising” – the latter intriguingly interspersed by a lone violin as if to remind the listener of the individual being amid a common destiny. “An Uneasy Truce” and “A New Way Forward” both seem to evoke the inner turmoil of grappling with compromise and an uncertain future. The final movement, “The Quest – A Search for Truth,” bears a transformative power reminiscent of that bestowed upon a soul which has found its true purpose.

This finale in particular seems to ring true for the composer: while composing music may have been a late vocation for Mark John McEncroe, it is a vocation nonetheless. Humanity might not be able to escape the battle against its demons completely – but you certainly can escape it for an hour by listening to Live In Ostrava.
96 kHz / 24-bit PCM – Navona Studio Masters