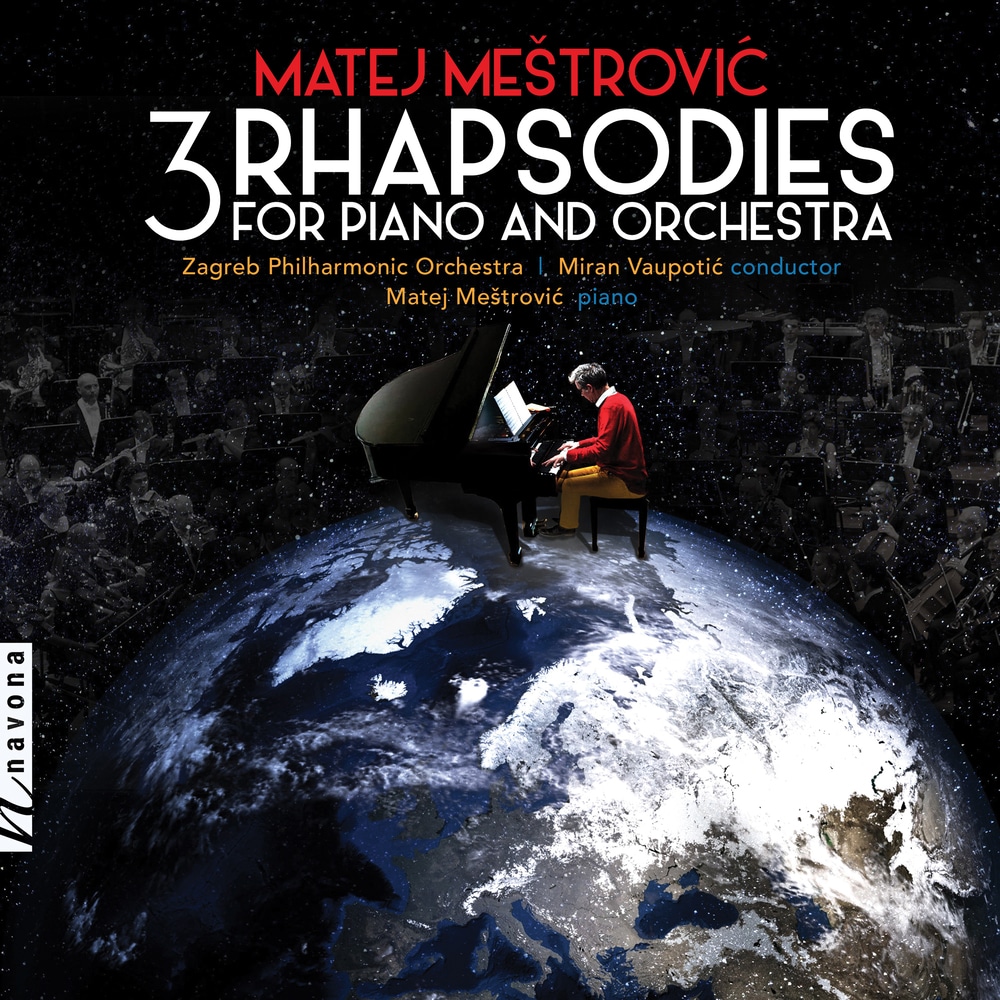 Available in 48 kHz / 24-bit AIFF, FLAC audio formats
It is tempting to compare Matej Meštrović's compositional style to his great predecessors in the late-Romantic tradition. After all, much of the Croatian composer's style and techniques would be right at home in Rachmaninoff’s concertos, Tchaikovsky's works, or Prokofiev's neoclassicism; and the name of the album's first work, Danube Rhapsody, naturally evokes associations with Smetana's similarly river-themed Vltava. Add to all of this that Meštrović, like most of his great musical ancestors, is a talented virtuoso pianist, and it's easy to see why 3 Rhapsodies is bound to meet with enthusiasm. Of course, a skillful composer like Meštrović doesn't confine himself to mere epigonism. And indeed, there is an original voice which constantly rises out from tradition. This is partially achieved through Meštrović's clever instrumentation: the Danube Rhapsody's scoring includes, among others, a cimbalom and a tamburitza (the Croatian long-necked lute), which immediately tells the listener that he or she is hearing the Balkans, not Russia or Czechia. Similarly, the Chinese Rhapsody employs traditional Chinese instruments such as the pipa, erhu, and zheng, gorgeously contrasting them against the tremolo strings of the Zagreb Philharmonic Orchestra. American East Coast natives will find themselves swept back home in Meštrović's New England Rhapsody, a composition initially as comforting and sentimentally heart-warming as the Transatlantic accent in a 1940's film. It's a deceptive respite, however: the final movement, interspersed with jazzy rhythmic elements and Meštrović's resurfacing Croatian voice, takes the listener right back to the exalting ardor of the album's beginning. Instead of fizzling out like lesser compositions might, it finishes with a bang. There is no way around it: 3 Rhapsodies is a triumph. It is not at all unlikely that future generations, when asked to name the first famous Croatian composer that comes to mind, will exclaim with conviction: "Meštrović, of course!"
48 kHz / 24-bit PCM – Navona Studio Masters