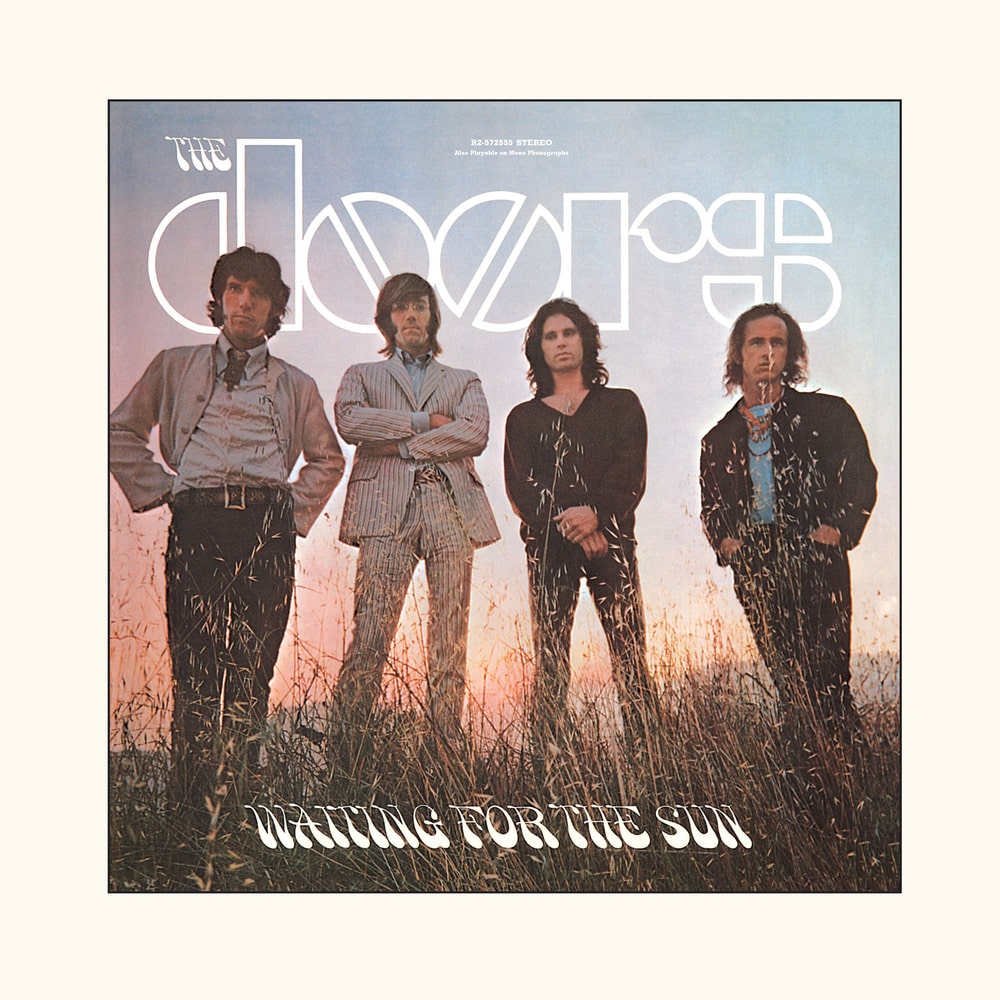 The Doors released their third studio album, Waiting For The Sun, in July 1968. It was the band’s third platinum album in less than two years, and the first to top the album chart. Since its debut, the album has sold millions of copies around the globe and contributed to the Doors’ legendary canon, including the #1 smash, “Hello, I Love You.”

To commemorate the 50th anniversary The Doors have released Waiting For The Sun (50th Anniversary Deluxe Edition). This 2-disc collection features a new version of the album’s original stereo mix, which has been newly remastered from the original master tapes by Bruce Botnick, the Doors’ longtime engineer/mixer. The set also includes a second disc of 14 completely unreleased tracks: nine recently discovered “rough mixes” from the album recording sessions and five live songs from a September 17, 1968 Copenhagen show.

While going through his archive, Bruce Botnick uncovered a cache of rough mixes from the sessions that hadn’t been played in 50 years. Botnick says: “I prefer some of these rough mixes to the finals, as they represent all of the elements and additional background vocals, different sensibilities on balances, and some intangible roughness, all of which are quite attractive and refreshing.”
192 kHz / 24-bit, 96 kHz / 24-bit PCM – Rhino/Elektra Studio Masters