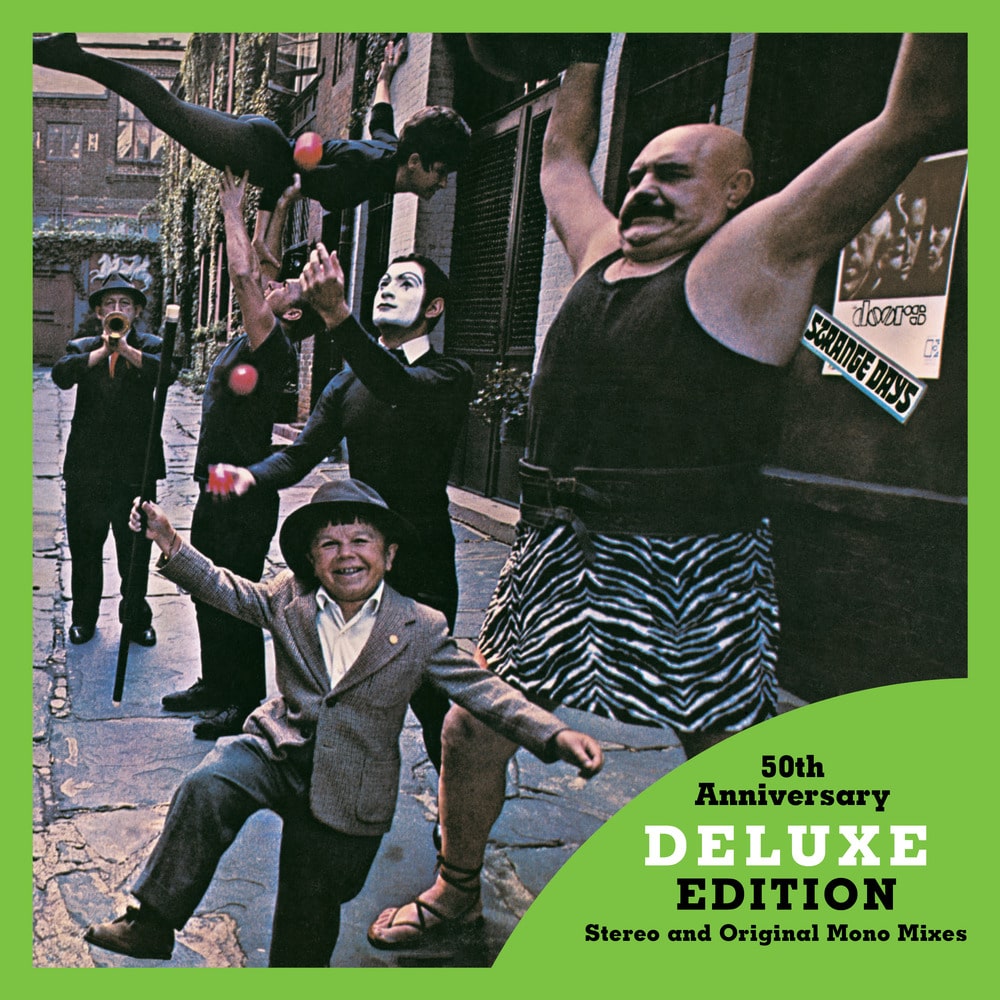 The Doors had one of the most extraordinary debut years in music history in 1967, releasing a string of hit singles and two platinum albums, beginning in January with the band’s self-titled debut, followed by Strange Days in September. The latter peaked at #3 on the Billboard album chart and featured classics like “Love Me Two Times,” “When The Music’s Over,” and the title track “Strange Days.”

The success of The Doors’ debut album – including the #1 smash “Light My Fire” – kept the band in-demand and on the road in early 1967. When Jim Morrison, John Densmore, Robby Krieger, and Ray Manzarek weren’t playing live, they recorded songs for Strange Days at Sunset Sound in Hollywood, the same studio they used to record their debut.
192 kHz / 24-bit, 96 kHz / 24-bit PCM – Rhino/Elektra Studio Masters