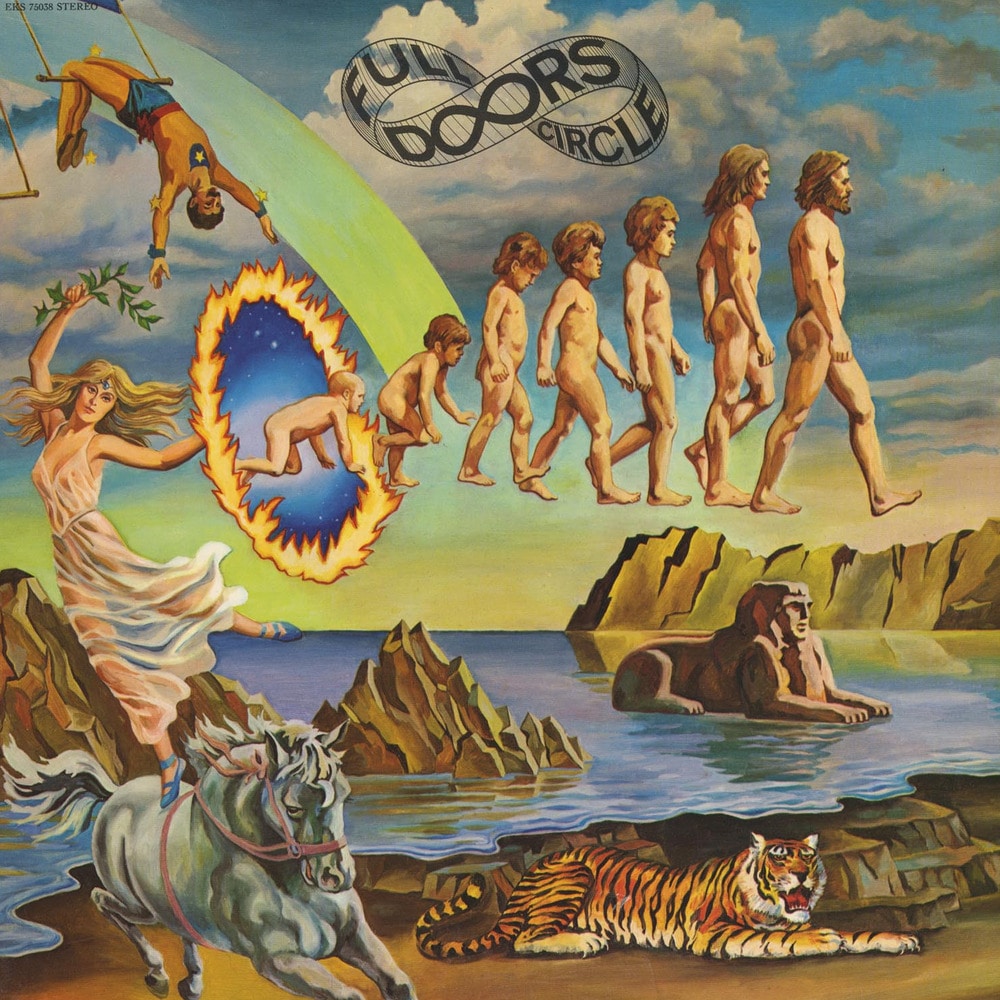 Available in MQA and 96 kHz / 24-bit AIFF, FLAC high resolution audio formats
Full Circle is the eighth studio album by the American rock band the Doors, released in August 1972. It is the second album after Jim Morrison's death, and the last they compiled until the 1978 album An American Prayer. The album includes "The Mosquito", the last Doors single to chart. The band's first album without Jim Morrison, 1971's Other Voices, had reached #31 on the Billboard chart, a modest success for the group considering the monumental shadow cast by the passing of Morrison. The band - now a trio consisting of keyboardist Ray Manzarek, guitarist Robby Krieger, and drummer John Densmore - chose to record Other Voices at their rehearsal space known as the Workshop, the same two-story building at 8512 Santa Monica Boulevard they had recorded the successful L.A. Woman, but for Full Circle they opted to move to Hollywood's A&M Studio. While Other Voices was, to a degree, an extension of the L.A. Woman sessions (some of the tracks had been worked up before Morrison had left for Paris), Full Circle was a standalone work that saw the band delve deeper into jazz and work with some top-shelf session musicians. Bruce Botnick, who had engineered all the Doors albums up to that point and co-produced both L.A. Woman and Other Voices, declined to participate in the sessions. The Doors hired Henry Lewy to replace Botnick, who in turn brought in Charles Lloyd and a host of session players. Lloyd contributed tenor sax and flute to the songs and also played behind the band at Central Park and at the Hollywood Bowl. As with Other Voices, Manzarek and Krieger assumed vocal duties, which were augmented with backing vocalists.
96 kHz / 24-bit PCM – Rhino/Elektra Studio Masters