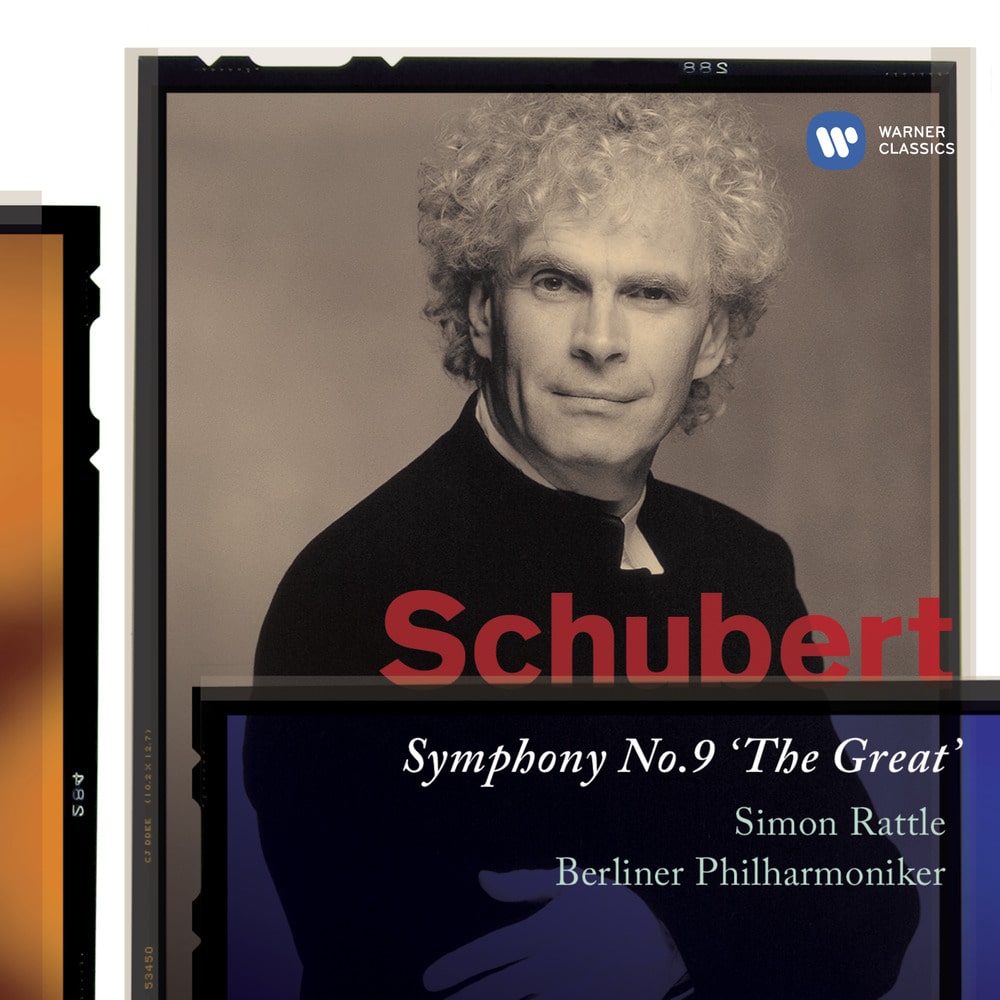 Schubert: Symphony No. 9, 'The Great'

Available in MQA and 44.1 kHz / 24-bit AIFF, FLAC audio formats
“The pace of the Andante con moto second movement is close to perfection: a touch of the forward-striding hiker but far from unbending. There are moments of a quite visionary loveliness: like the high-floating string polyphony in the Andante, of the tremolos near the central climax of the finale... Most of all, there's an expressive richness that makes Mackerras or the much-praised Marriner recording seem fatally black-and-white in comparison.” - BBC Music “…Simon Rattle… take a relatively free and romantic view of this massive symphony, maybe reflecting that this is a live recording. What emerges from this relatively relaxed approach is an extra sense of joy in Schubert's inspiration, with rhythms lifted infectiously. Not that Rattle's interpretation lacks bite or precision - quite the opposite: one of its great qualities is the way he brings out the many counter-motifs, notably on cellos or second violins, that in many performances are hidden. With full, warm sound, this is a first-rate recommendation.” - Gramophone Recorded live with the Berliner Philharmoniker in June 2005, this album marks Simon Rattle's first recorded survey into the symphonies of Schubert. "This is a very complex piece because it balances a desperate tightrope between heaven and hell, and joy and obsession, and it's hard to know at any one moment what wins. I can't bear the thought that he (Schubert) never heard the piece, and that it took so long for it to be accepted." - Sir Simon Rattle
44.1 kHz / 24-bit PCM – Warner Classics International Studio Masters