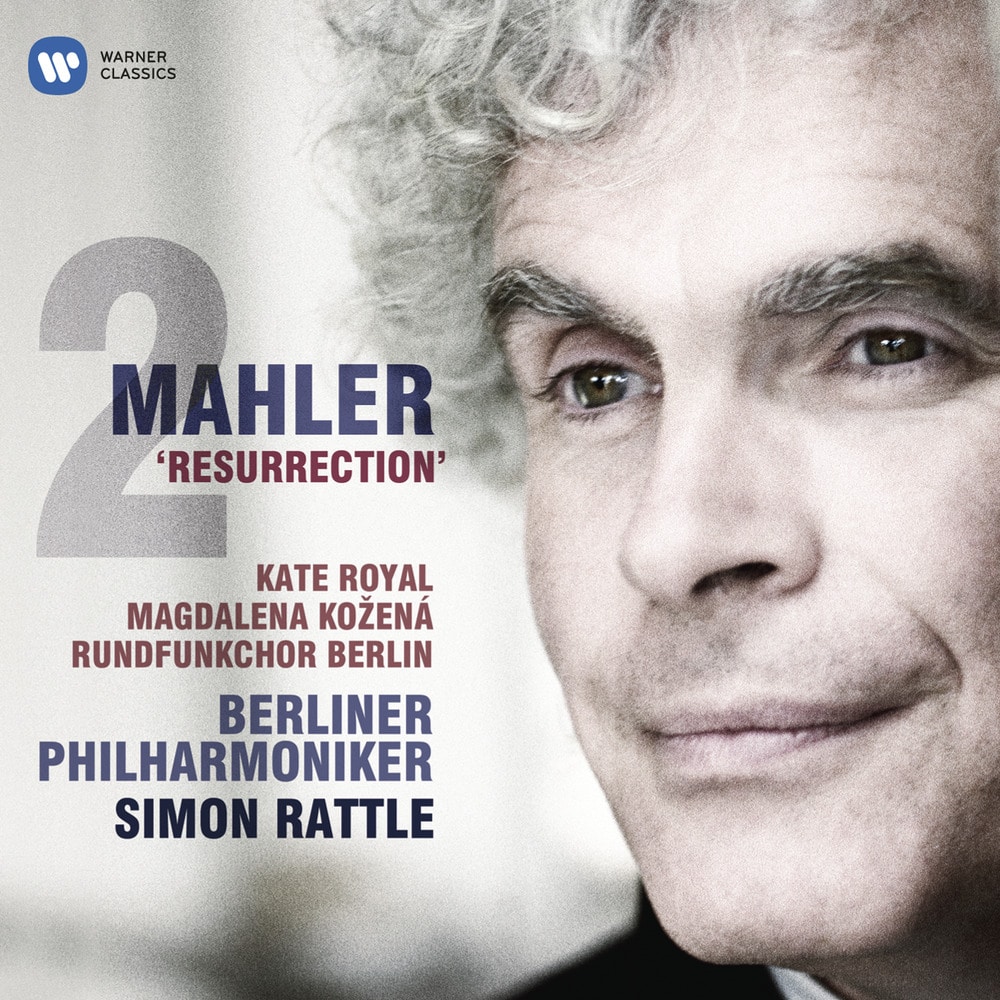 Available in MQA and 44.1 kHz / 24-bit AIFF, FLAC audio formats
“The post-holocaust enchantments are magically coloured. For anyone who cares about this symphony Rattle's new recording is essential listening, if not necessarily a first port of call...[he] sets new standards with the light, shade and shock of his Berlin funeral rites which open the symphony.” - BBC Music “Kožená brings her customary depth of feeling to the still maternal voice of "Urlicht"...Rattle's famous piano-pianissimos are deployed to breathtaking effect, the choral passages (radiantly illuminated at the top by Kate Royal) sound pure, mysterious and very Bachian, and the returning resurrection hymn is tremendous.” - Gramophone Gustav Mahler’s epic Symphony No. 2 ‘Resurrection’ with Simon Rattle and the Berliner Philharmoniker, the Rundfunkchor Berlin, and star soloists Kate Royal and Magdalena Kožená, was recorded in concert at Berlin’s Philharmonie in late October 2010.
44.1 kHz / 24-bit PCM – Warner Classics International Studio Masters