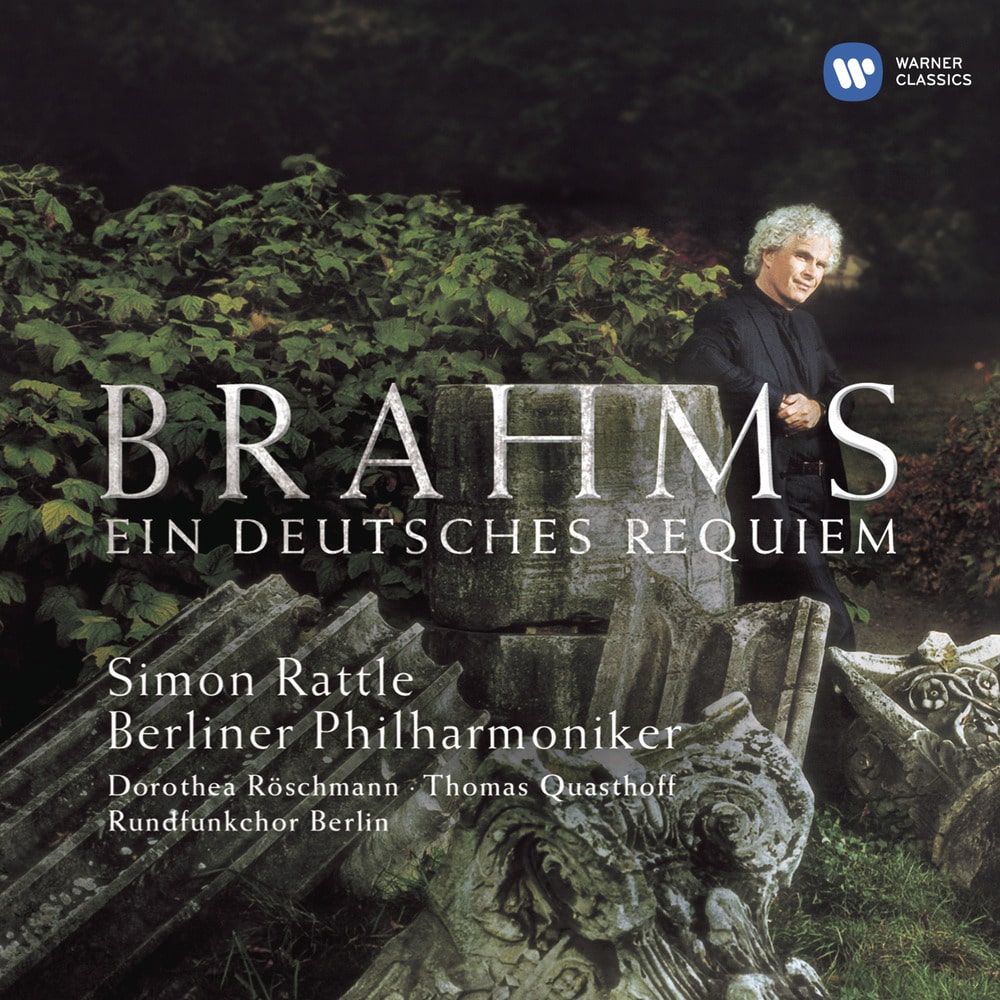 “…this is a very impressive account of Brahms's German Requiem, deeply considered and most beautifully played and sung. The full, warm sound he draws from the Berlin Philharmonic has a sombre refulgence that becomes almost incandescent in the final movement's vision of the blessed dead. The vocal component is equally impressive, with beautiful choral singing. Thomas Quasthoff is an eloquent expounder of scripture in the baritone movements, Dorothea Röschmann ideally tender in 'Ihr habt nun Traurigkeit'.”
- BBC Music

“The manifold blessings of having probably the world's greatest symphony orchestra as one's hometown band include the recurring phenomenon of having almost excessively familiar works sound ever fresh and new. With our superlative Philharmonic that happened most recently October 26 with the German Requiem of Johannes Brahms conducted by Sir Simon Rattle … The prolonged hush from Berlin's sophisticated audience following the dying fall of the final notes in Berlin's Philharmonie spoke for itself.”
- Musical America

An important work in the choral tradition, this release has the potential to become the definitive modern interpretation of this wonderfully powerful and moving work.
44.1 kHz / 24-bit PCM – Warner Classics International Studio Masters