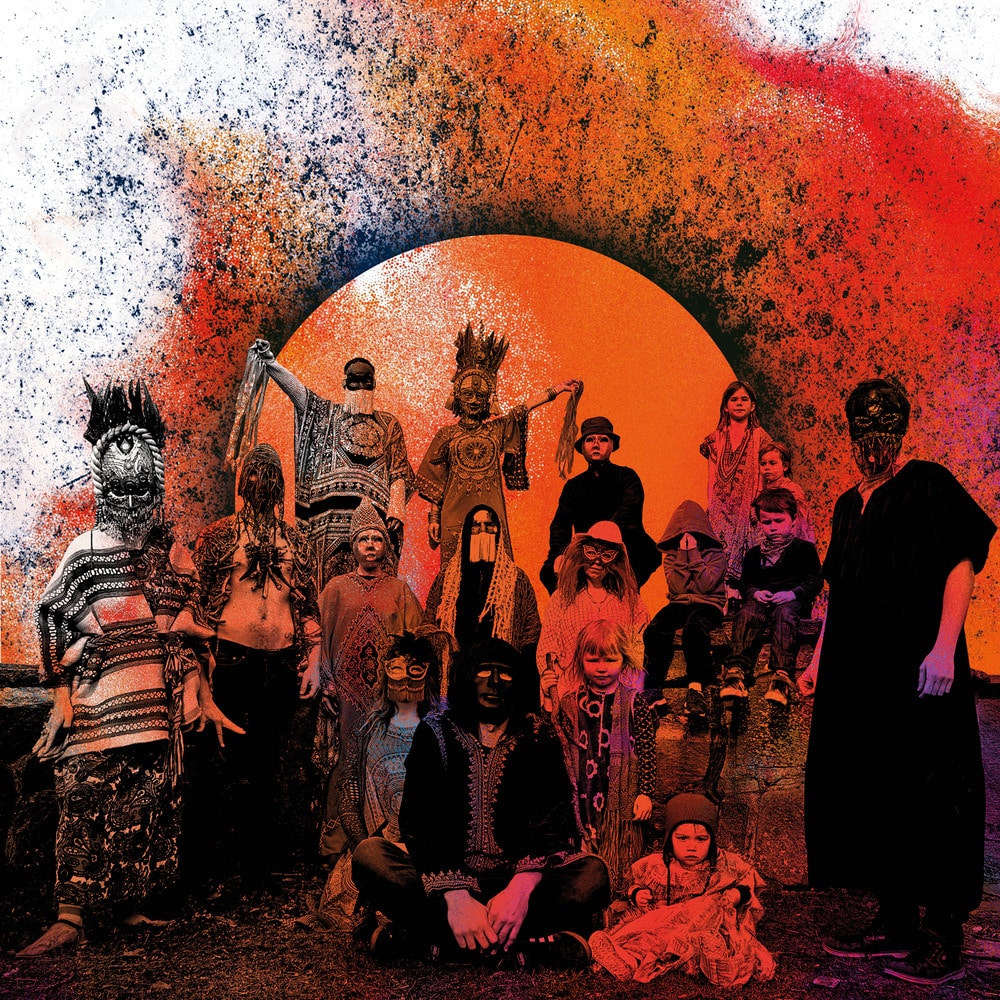 Available in MQA and 44.1 kHz / 24-bit AIFF, FLAC audio formats
In a culture obsessed with content, saturation, and continual exposure, it’s rare to find artists who prefer to lurk outside of the public eye. Thomas Pynchon is perhaps the most notable contemporary recluse—a virtually faceless figure who occasionally creeps out of hiding to offer up an elaborate novel steeped in history and warped by imagination—but for crate diggers and guitar mystics, Sweden’s enigmatic Goat may qualify as the greatest modern pop-culture mystery. Who are these masked musicians? Are they truly members of the Arctic community of Korpilombolo? Are their songs part of their isolated communal heritage? Their third studio album, Requiem, offers more questions than answers, but much like any of Pynchon’s knotty yarns, the reward is not in the untangling but in the journey through the labyrinth. Goat’s only outright declaration for Requiem is that it is their “folk” album, and the album is focused more on their subdued bucolic ritualism than psilocybin freakouts. But Goat hasn’t completely foregone their fiery charms—tracks like “All-Seeing Eye” and “Goatfuzz” conjure the sultry heathen pulsations that ensnared us on their previous albums. Perhaps the most puzzling aspect of Requiem comes with the closing track “Ubuntu”. The song is little more than a melodic delay-driven electric piano line, until we hear the refrain from “Diarabi”—the first song on their first album—sneak into the mix. It creates a kind of musical ouroboros—an infinite cycle of reflection and rejuvenation, death and rebirth. Much like fellow recluse Pynchon, rather than offering explanations for their strange trajectories, Goat create a world where the line between truth and fiction is so obscured that all you can do is bask in their cryptic genius.
44.1 kHz / 24-bit PCM – Sub Pop Records Studio Masters