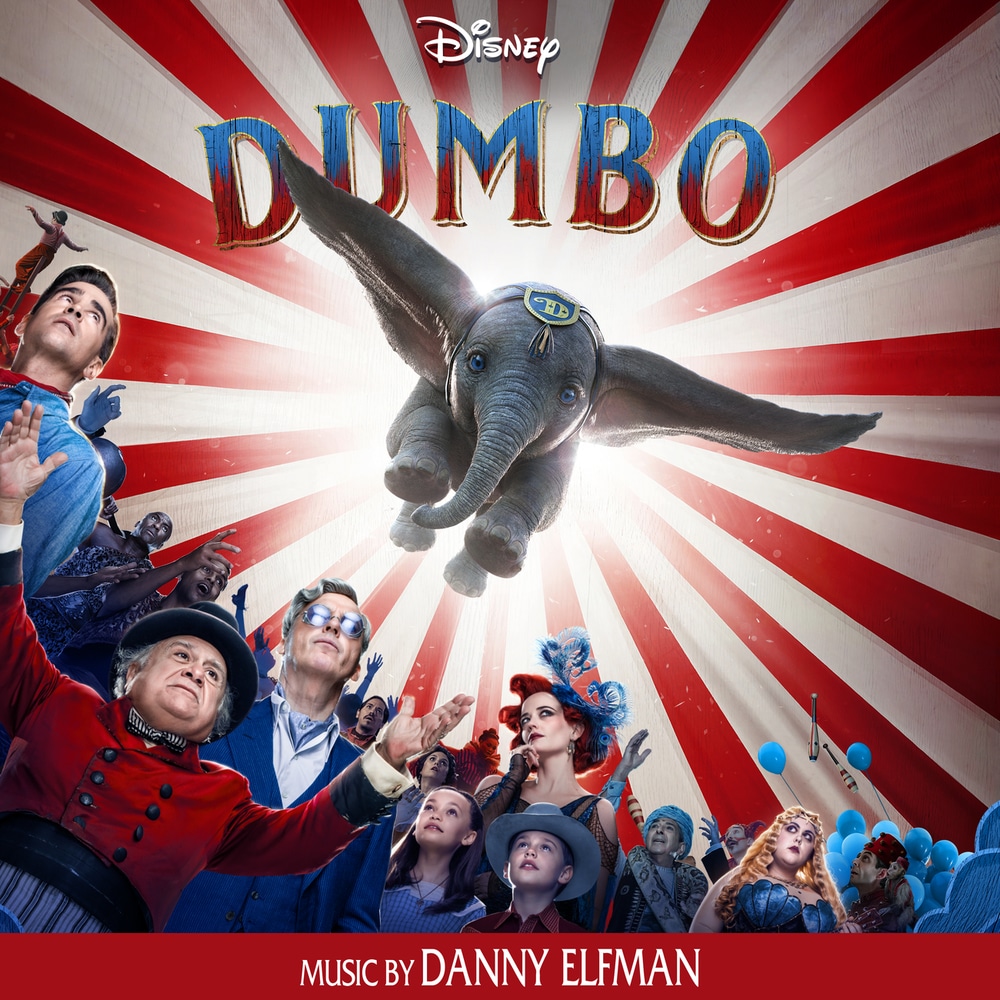 Dumbo is a 2019 American fantasy adventure film directed by Tim Burton, with a screenplay written by Ehren Kruger. It is inspired by Walt Disney's 1941 animated film of the same name, itself based on the novel by Helen Aberson and Harold Pearl. The film stars Colin Farrell, Michael Keaton, Danny DeVito, Eva Green, and Alan Arkin, and follows a family that works at a failing circus as they encounter a baby elephant with extremely large ears who is capable of flying.
48 kHz / 24-bit PCM – Walt Disney Records Studio Masters