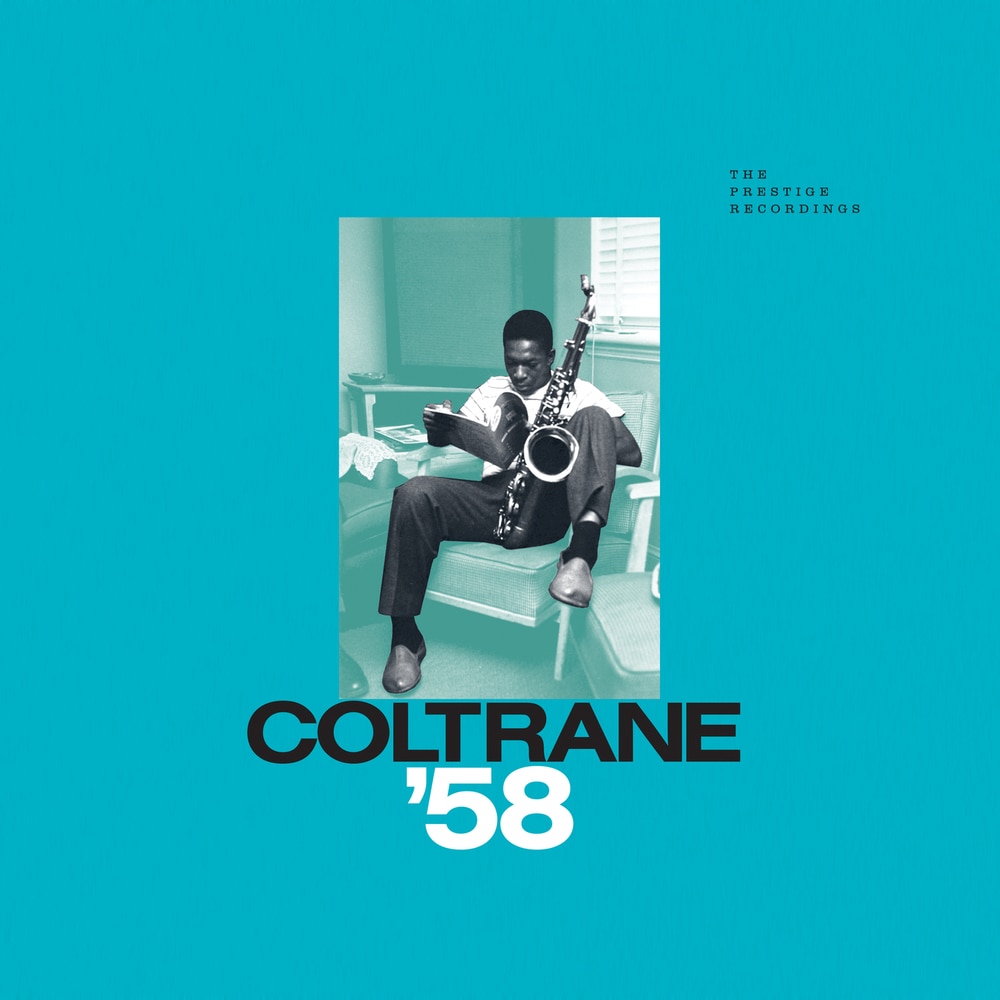 Available in 192 kHz / 24-bit, 96 kHz / 24-bit AIFF, FLAC high resolution audio formats
Though it’s been 52 years since his tragic passing, John Coltrane’s importance and influence have never been greater. Though active for a relatively short period—from 1957 to ’67—he was an intrepid spirit who developed at a feverish pace. Coltrane’s breakout year, when his mature sound first grabbed ears and his own recordings began to sell consistently, was 1958. Coltrane ’58: The Prestige Recordings is a compilation set that chronicles the exciting story session by session, featuring all 37 tracks Coltrane recorded as a leader or co-leader for the independent Prestige label in those twelve months. This collection captures him in creative high gear—developing the signature improvisational style that journalist Ira Gitler famously dubbed “sheets of sound.” The timely release of Coltrane ’58 marks the 70th year since the founding of Prestige Records and comes just after the 60th anniversary of these recordings. It also follows on last year’s successful release of Both Directions at Once, which debuted at No. 21 on the Billboard 200, the highest chart position of his career. Coltrane ’58 brims with the shared jazz repertoire of the day—blues, bebop standards and familiar ballads—as well as original compositions and obscure tunes Coltrane rediscovered. Together they offer an array of emotional depth and instrumental prowess, showing how the rising saxophonist was actively stretching sound and increasing the intensity, and shifting the direction of what jazz performance was about. Included are definitive versions of “Lush Life,” “Lover Come Back to Me,” “Stardust,” “Good Bait” and “Little Melonae”; first recordings of originals like “Nakatini Serenade,” “The Believer,” “Black Pearls” and the heartfelt “Theme for Ernie”; and extended tenor saxophone tours-de-force such as “Russian Lullaby,” “Sweet Sapphire Blues” and “I Want to Talk About You” that anticipate the stratospheric heights Coltrane would reach in the 1960s. In 1958 Coltrane was still two years away from emerging as a bandleader, but his membership in ensembles led by Miles Davis and Thelonious Monk had propelled him into the spotlight as one of jazz’s most exciting and controversial figures. Coltrane ’58 serves as a window onto the shock and awe—and eventually deep appreciation—Coltrane generated during this period, when his sheets of sound approach pushed the bebop ideal of slaloming through a tune’s chordal pathways to its extreme.
192 kHz / 24-bit, 96 kHz / 24-bit PCM – Craft Recordings Studio Masters