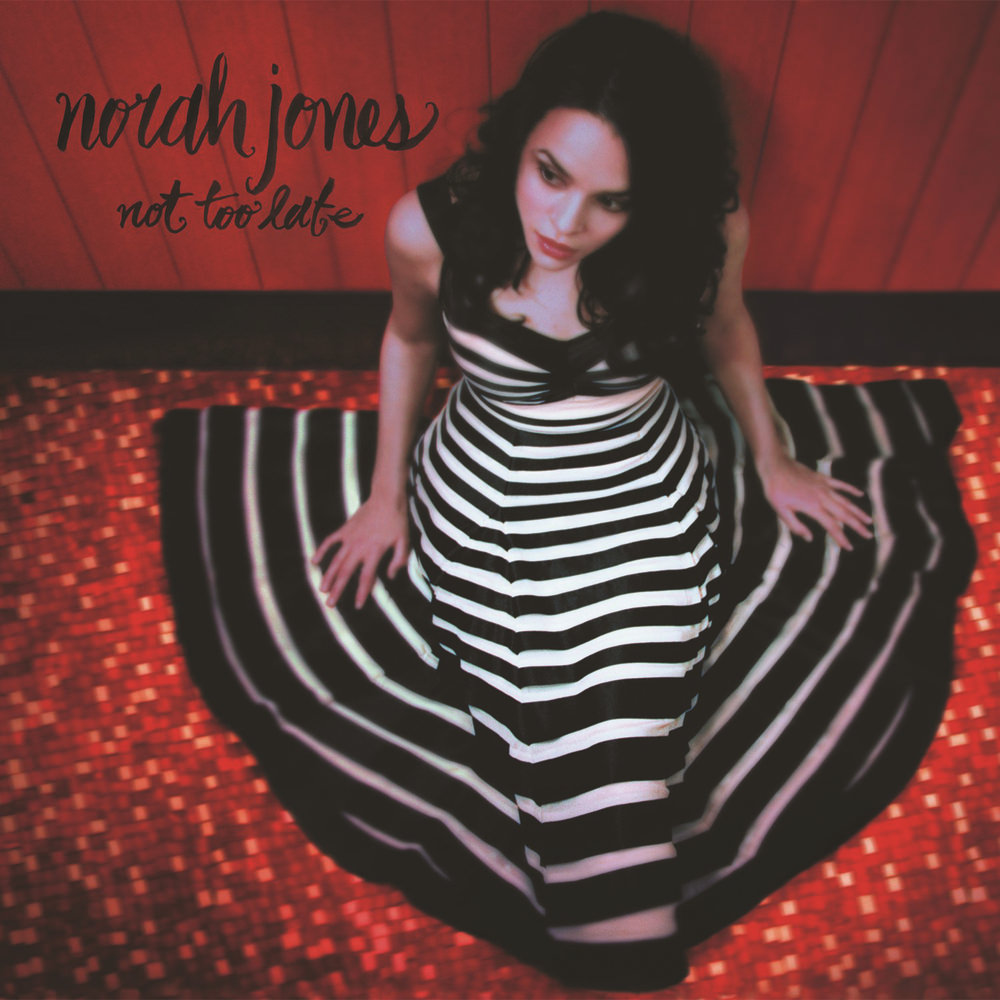 "... Jones proves herself to be as great a songwriter as she is a pianist and vocalist ... the work of her band here is equally strong ... a lovely set of songs, both bittersweet and powerful, that reassures us that pop music can still be beautiful and genuine."
- PopMatters.com

"... has its share of strong tracks ... the mood is mostly dreamy, lazy country rockers, quirky waltzes, a little earthy bluesiness and bits of laid-back funk ... there's even a demurely delivered anti-Bush song. Jones's voice, always more characterful than the easy listening tag ever implied, sometimes shifts to a strange place between Madeleine Peyroux's or Diane Krall's jazzy smokiness (they're all Billie Holiday fans) and the weird pop delicacy of a Joanna Newsom. It's pretty music, beautifully performed."
- The Guardian

Not Too Late, the third release from Norah Jones and her third consecutive number one album, marked the next step in her evolution as a musician and a songwriter. Produced by longtime collaborator Lee Alexander, Not Too Late proved to be an immediate hit with fans who snapped up over two million copies in the US alone.
192 kHz / 24-bit, 96 kHz / 24-bit PCM – Blue Note Studio Masters