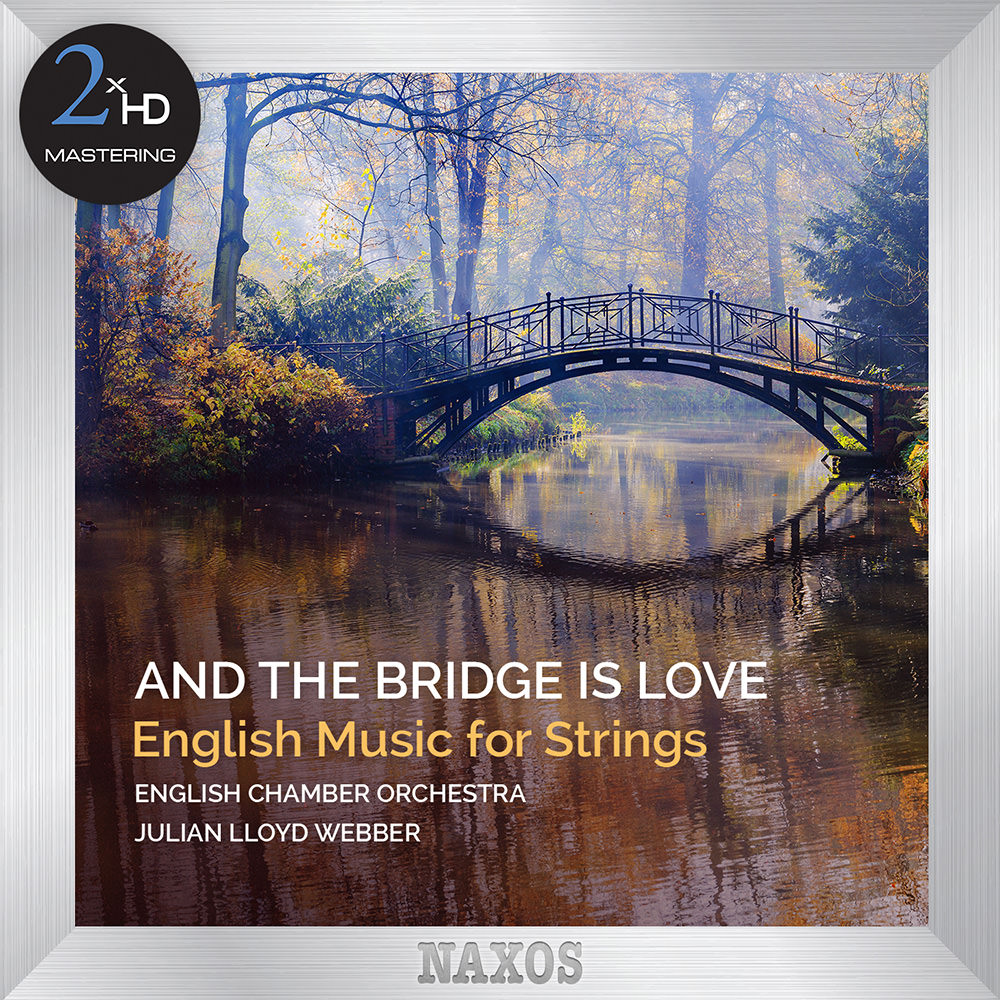 And the Bridge is Love: English Music for Strings

Available in 352.8 kHz / 24-bit, 192 kHz / 24-bit, 96 kHz / 24-bit AIFF, FLAC and 5.6448 MHz, 2.8224 MHz DSD high resolution audio formats
This diverse programme of English music for strings from the English Chamber Orchestra is conducted by Julian Lloyd Webber and includes two world premiere recordings: Howard Goodall’s moving And the Bridge is Love, on which Julian plays cello for the last time (due to a medical condition), and Julian's father William Lloyd Webber’s The Moon, only performed for the first time in 2014. There are also established classics from Elgar as well as novelties in the case of the previously unrecorded arrangements by Elgar’s friend and biographer W.H. Reed of the two Chansons. "With the exception of Howard Goodall's beautiful new piece, this is music I have known and loved for many years and I relished the chance to conduct it!" - Julian Lloyd Webber
352.8 kHz / 24-bit, 192 kHz / 24-bit, 96 kHz / 24-bit PCM and 5.6448 MHz, 2.8224 MHz DSD – 2xHD - Naxos Studio Masters

Recorded in 88.2 kHz / 24-bit Mastered in PCM 352.8 kHz / 24-bit, 192 kHz / 24-bit, 96 kHz / 24-bit and DSD 5.6448 MHz, 2.8224 MHz This album was mastered using our 2xHD proprietary system. In order to achieve the most accurate reproduction of the original recording we tailor our process specifically for each project, using a selection from our pool of state-of-the-art audiophile components and connectors. The process begins with a transfer to analog from the original 24bits/96kHz resolution master, using cutting edge D/A converters. The analog signal is then sent through a hi-end tube pre-amplifier and (if needed) will be EQ’d before being recorded directly in DXD using the dCS905 A/D and the dCS Vivaldi Clock. All connections used in the process are made of OCC silver cable. DSD and 192kHz/24Bit versions are separately generated, directly from the analog signal. 2xHD Mastering: René Laflamme 2xHD Executive Producer: André Perry