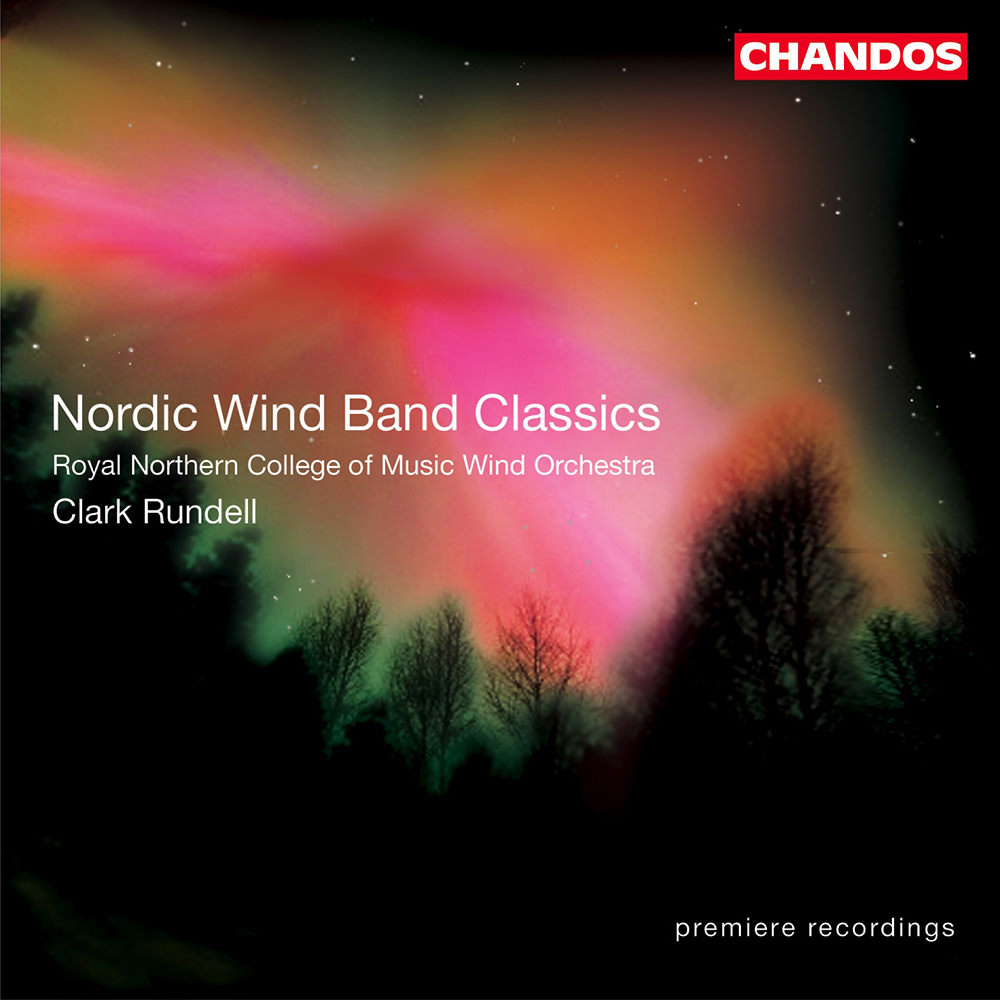 Available in 96 kHz / 24-bit AIFF, FLAC high resolution audio formats
"Four Stars ... an unusual collection of unfamiliar music, most of it noble and some of it quietly disturbing ... Schmidt’s Hommage à Stravinsky is a witty assemblage of quotations and salient stylistic tics ... worth the attention of any devotee of the composers included." - BBC Music Magazine "... there is much to interest both enthusiasts of Scandinavian music generally and those with an interest in the growing repertoire for wind band ... polished performances of pieces that are worth getting to know ... a highly worthwhile disc that will give considerable enjoyment." - MusicWeb International Clark Rundell leads the Royal Northern College of Music Wind Orchestra on this 2002 recording featuring works for winds by six composers including Carl Nielsen. Three of the selections receive their world premieres here.
96 kHz / 24-bit PCM – Chandos Studio Masters