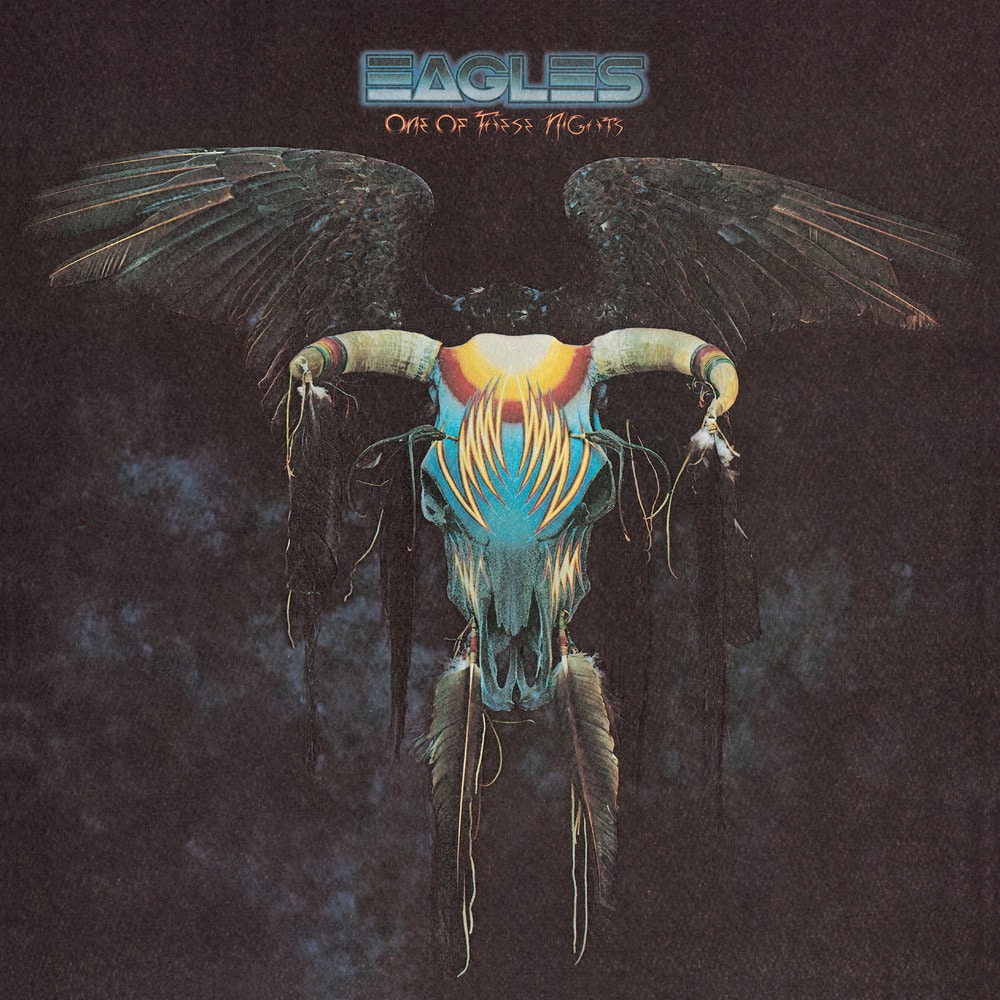 One Of These Nights

One of These Nights is the fourth studio album by the Eagles, released in 1975. The record would become the Eagles' first number one album on Billboard's album chart in July that year, and yielded three Top 10 singles, "One of These Nights", "Lyin' Eyes" and "Take It to the Limit". The album sold four million copies and was nominated for Grammy Album of the Year. A single from the album, "Lyin' Eyes", was also nominated for Record of the Year, and won the Eagles' first Grammy for Best Pop Performance by a Duo or Group with Vocals.

One of These Nights is the last Eagles album to feature guitarist Bernie Leadon, who left the band after the One Of These Nights tour and was replaced by Joe Walsh. The seventh track, "Visions", is the only Eagles song on which lead guitarist Don Felder sang the lead vocals, despite his desire to write and sing more songs. The album was the band's commercial breakthrough, transforming them into international superstars.

The Eagles began working on their fourth album in late 1974. Glenn Frey and Don Henley wrote four of the nine songs by themselves, and they also collaborated with other members of the band on three other songs. Many of the songs were written while Frey and Henley were sharing a house in Beverly Hills, including "One of These Nights", "Lyin' Eyes", "Take It To The Limit" and "After The Thrill Is Gone". In an interview with Cameron Crowe, Henley joked that it was their "satanic country-rock period" because "it was a dark time, both politically and musically" in America, referring to the turmoil in Washington and disco music starting to take off. He added: "We thought, "Well, how can we write something with that flavor, with that kind of beat, and still have the dangerous guitars?” We wanted to capture the spirit of the times."

Frey said that "One Of These Nights was the most fluid and 'painless' album [they] ever made", and thought that the quality of the songs he wrote with Henley had improved dramatically. However, Leadon was becoming increasingly unhappy during the making of the album. He wrote three of the nine songs, none of which was released as a single. He was unhappy with the more rock direction of the band that Frey preferred, at one time walking out of a meeting to discuss which take to use after the recording of a rock track. Leadon would leave the band in late 1975, after the album was released.