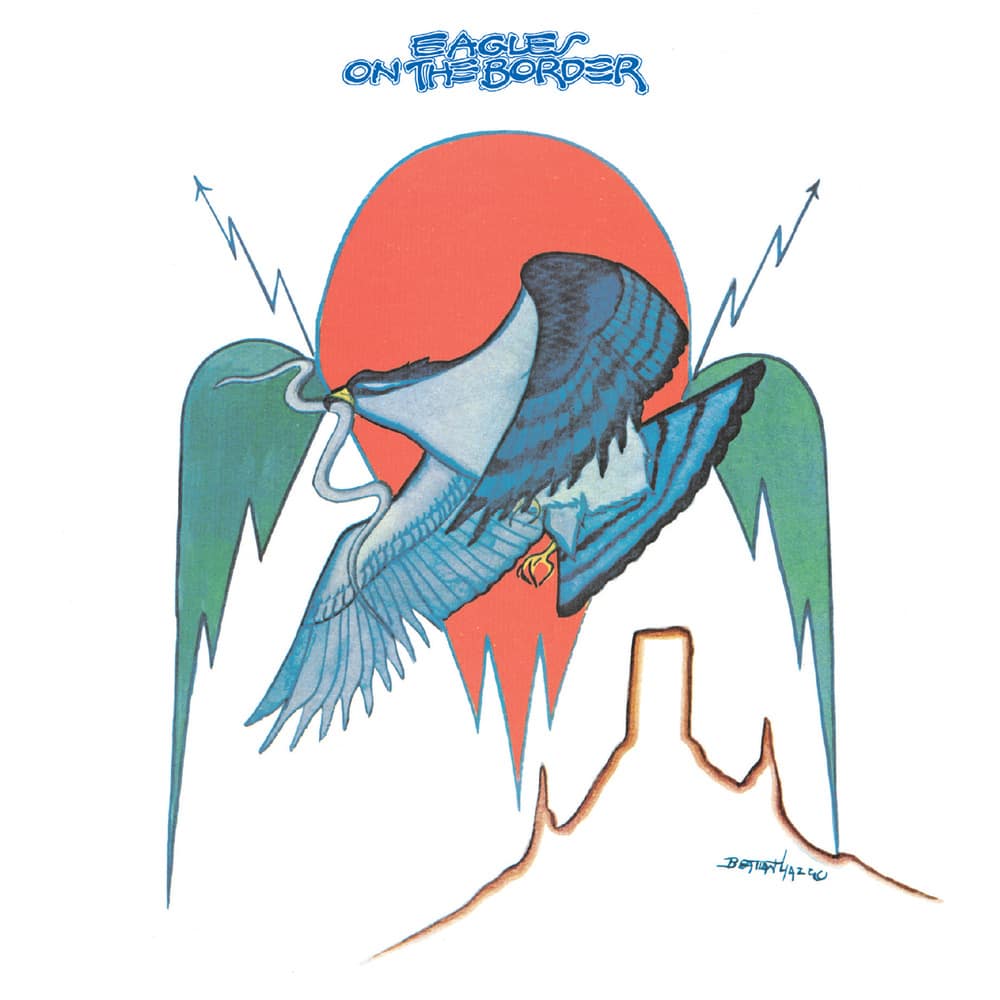 On the Border is the third studio album by American rock group the Eagles, released in 1974. Apart from two songs produced by Glyn Johns, it was produced by Bill Szymczyk because the group wanted a more rock‑oriented sound instead of the country-rock feel of the first two albums. It is the first Eagles album to feature guitarist Don Felder.

Three singles were released from the album: "Already Gone", "James Dean" and "Best of My Love". The singles peaked at numbers 32, 77 and 1 respectively. "Best of My Love" became the band's first of five chart toppers. The album also includes "My Man", Bernie Leadon's tribute to his deceased friend Gram Parsons. Leadon and Parsons had played together in the pioneer country rock band Flying Burrito Brothers, before Leadon joined the Eagles.

The album was initially produced by Glyn Johns and recorded at Olympic Studios in London, but during the making of the album, disagreement arose between the Eagles and their producer. As the band tried to lean towards a more hard rock sound, they felt that producer Glyn Johns was overemphasizing their country-influenced rock sound. Johns however felt that the Eagles were not capable of that the band wanted and told the band: "You are not a rock-and-roll band, The Who is a rock-and-roll band, and you're not that."

The band—Glenn Frey in particular, but not Don Henley—were also unhappy with the no-drug policy of Johns during the recording; furthermore they did not feel at home recording in London. The band was concerned about the lack of success of the previous album Desperado, and were more assertive in wanting more input into the album, which Johns was unwilling to allow. The Eagles spent six weeks recording in London, with both the band and the producer becoming frustrated with each other and frequent arguments between Johns and Frey. The band then took a break, decided to find a new producer and discarded all the recordings except for two usable tracks, "Best of My Love" and "You Never Cry Like a Lover".

The band relocated back to California and hired Bill Szymczyk, who had produced The Smoker You Drink, the Player You Get by Joe Walsh—who was also managed by their manager Irving Azoff and who would go on to join the Eagles in late 1975—that interested the band. The band recorded the rest of the album at the Record Plant Studios in Los Angeles. They were allowed more input in how the album was made and enjoyed more freedom with Szymczyk in the making of the album. Szymczyk suggested they bring in a harder-edged guitarist to add slide guitar to the song "Good Day in Hell". Bernie Leadon suggested his old friend Don Felder, whom they had met and jammed with on a few occasions. The band was so impressed that they invited Felder to become the fifth Eagle.