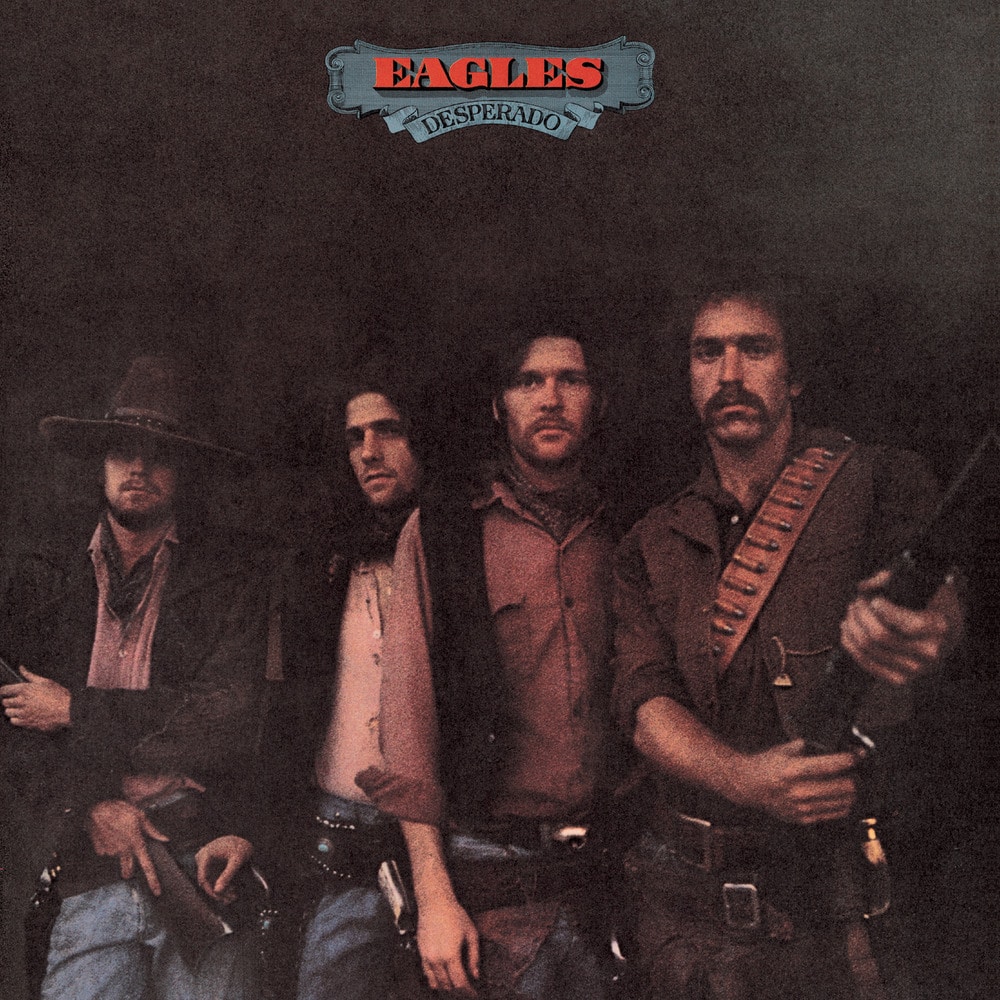 Desperado is the second studio album by the American band the Eagles. It was recorded at Island Studios in London, England and released in 1973. The songs on Desperado are based on the themes of the Old West. The band members are featured on the album's cover dressed like an outlaw gang; Desperado remains the only Eagles album where the band members appear on the front cover.

Although the title track is one of the Eagles' signature songs, it was never released as a single. The song "Desperado" was ranked number 494 on Rolling Stone's 2004 list of "The 500 Greatest Songs of All Time". The album did yield two singles, though: "Tequila Sunrise" and "Outlaw Man".

The album was recorded at the Island Studios in London, which took four weeks at a cost of £30,000. The producer Glyn Johns wanted to produce the album quickly and economically, each track was therefore limited to four or five takes, and requests to record more were refused. Henley would later state that his greatest regret was that he did not sing as well as he could on the title track "Desperado", and would have liked to redo the song. According to the producer Johns, he and Leadon tried to come up with a few musical links in an attempt to tie up the story for an outlaw concept in the album, however, the concept itself dissipated. The band was very happy with the finished result; after Johns had played the album back to them as an entity for the first time, they carried him on their shoulders out of the control room.