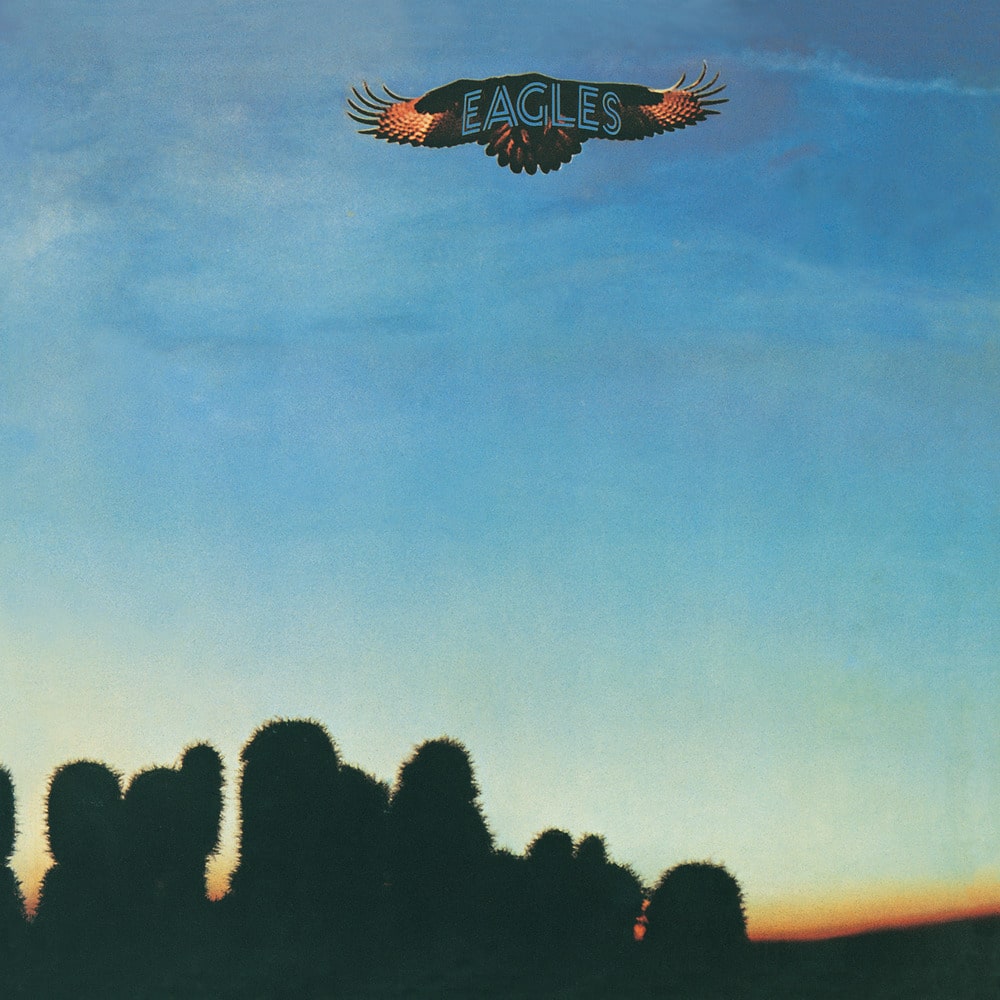 Available in MQA and 192 kHz / 24-bit, 96 kHz / 24-bit AIFF, FLAC high resolution audio formats
Eagles is the debut studio album by the rock band the Eagles. The album was recorded at London's Olympic Studios with producer Glyn Johns and released in 1972. The album was an immediate success for the young band, reaching No. 22 on the charts and going platinum. Three singles were released from the album, each reaching the Top 40: "Take It Easy" (number 12), "Witchy Woman" (number 9), and "Peaceful Easy Feeling" (number 22). The band, starting with this album, played a major role in popularizing the country rock sound. The album was ranked number 368 on Rolling Stone magazine's list of the 500 greatest albums of all time published in 2012. The single "Take It Easy" is part of the Rock and Roll Hall of Fame "500 Songs That Shaped Rock and Roll". The band went to London where they spent two weeks recording the album at the Olympic Studios. The album cost $125,000 to produce. Johns tried to introduce a more acoustic sound in the recording, and concentrated on the vocal blend and arrangements. There were however frequent disagreements over the sound of the band between the producer and Frey and Don Henley during the making of the album. Frey and Henley wanted a rougher rock and roll sound, while Johns was interested in using Bernie Leadon's banjo and Randy Meisner's bass to create a more country sound. Frey later admitted: "[Johns] was the key to our success in a lot of ways", but added: "We just didn’t want to make another limp-wristed L.A. country-rock record." Johns also instituted a no-drug and no-alcohol rule that Frey, but not Henley, was unhappy about. Three of the songs recorded in London feature Frey on lead vocals, another three with Meisner and two with Leadon. The chirping sound at the start of the song by Leadon and Meisner, "Earlybird", was taken from a sound-effect library. On "Take It Easy", Johns convinced Leadon to play double-time banjo on the song, a little touch that Johns felt made the song different. Originally, Henley only had one song on the album, namely "Witchy Woman". Later, a further track, "Nightingale", was recorded in Los Angeles after Geffen and manager Elliot Roberts listened to the tape of the album and decided that it needed another song with Henley on lead vocals. Johns had previously recorded a few takes of the song in London, but abandoned it as he felt it did not work. Geffen tried to get the song recorded with another production team, and Johns, angered by the attempt to record "Nightingale" behind his back, then re-recorded the song with the band at Wally Heider's Studio 3 in Hollywood. Even though Johns judged this recording unsatisfactory, it was included in the album.
192 kHz / 24-bit, 96 kHz / 24-bit PCM – Rhino/Elektra Studio Masters