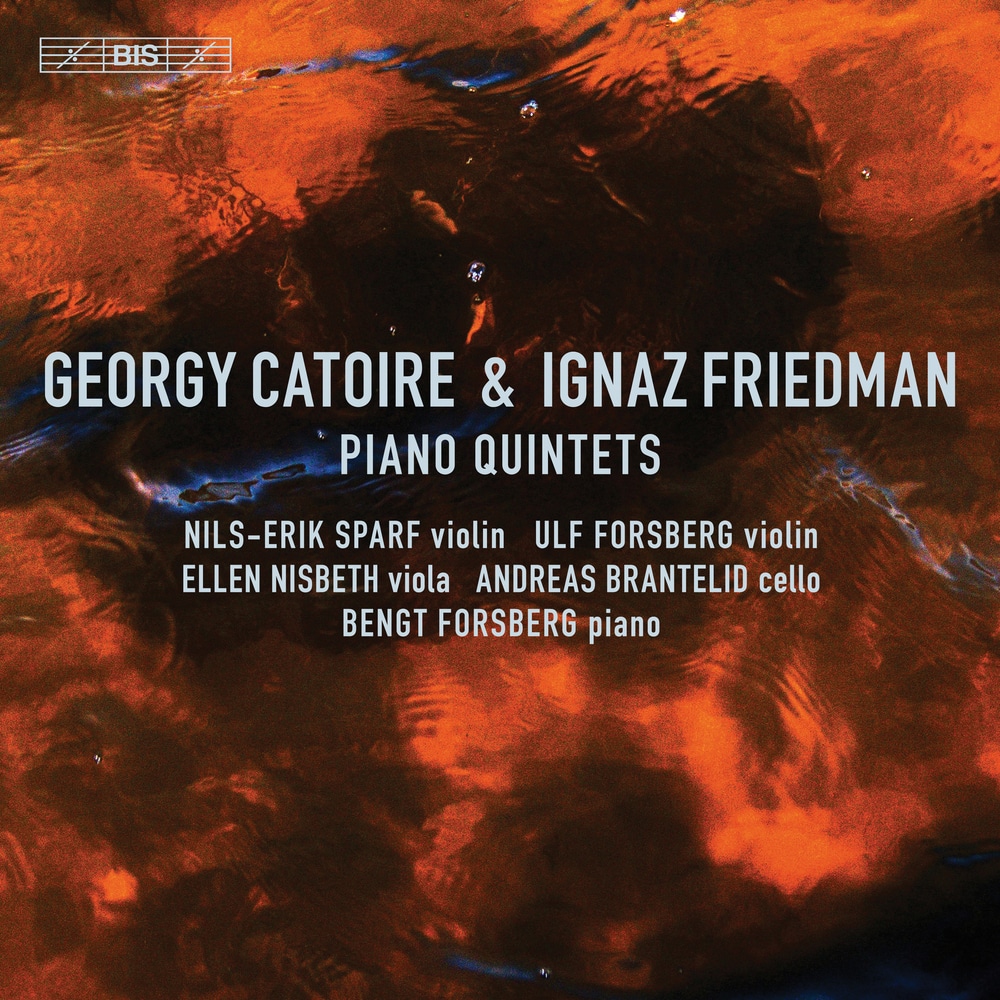 Available in 96 kHz / 24-bit AIFF, FLAC high resolution audio formats
With his Op. 44 quintet from 1842, Robert Schumann transformed the constellation of piano and string quartet from one that just served as a showcase for the pianist into a true chamber ensemble. Following his example, Brahms and Dvořák produced their own masterly quintets, and during the 20th century composers as diverse as Elgar, Fauré and Shostakovich added to the short list of piano quintets that get regular performances. On the rather longer list of rarely heard quintets we find those recorded here, by pianist Bengt Forsberg and a quartet of some of Sweden's finest string players. Both works were composed during the 1910s, and straddle in different ways the divide between post-romanticism and modernism. Of French descent, the Russian composer Georgy Catoire studied the piano in Moscow as well as Berlin and it is primarily his piano music that is heard today. With its original use of harmony and inventive rhythmic structure, the quintet is nevertheless one of the most seductive works in Catoire’s output. Although better known than Catoire, Polish-born Ignaz Friedman is famous not for his compositions but as one of the greatest pianists of the twentieth century, admired by Rachmaninov as well as Horowitz. Written in 1918, his Quintet in C minor is tuneful, but also dramatic, sombre and melancholy at turns. This may be a reflection of the ongoing war, but it has also been suggested that it was inspired by the death of Friedman’s father, an itinerant Jewish musician, and that the theme of the third movement, derived from Polish folk music, may be a tribute to him.
96 kHz / 24-bit PCM – BIS Records Studio Masters