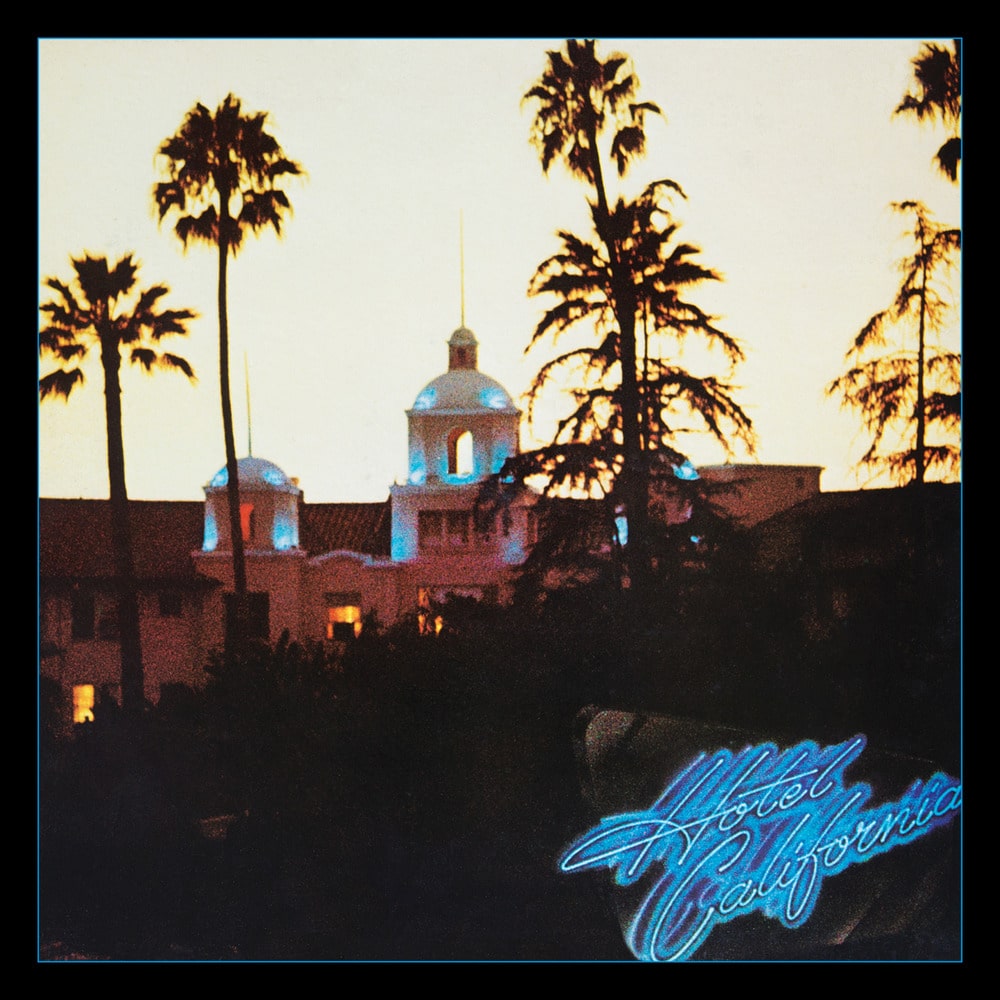 Available in 96 kHz / 24-bit AIFF, FLAC high resolution audio formats
Hotel California is the fifth studio album by American rock band the Eagles, and is one of the best-selling albums of all time. Three singles were released from the album, each reaching high in the Billboard Hot 100: "New Kid in Town" (number 1), "Hotel California" (number 1), and "Life in the Fast Lane" (number 11). The album became the band's best-selling album after Their Greatest Hits (1971–1975). It has been certified 26× Platinum in the U.S., and has sold over 42 million copies sold worldwide. The album was ranked number 37 on Rolling Stone's list of "The 500 Greatest Albums of All Time". It was their first album with guitarist Joe Walsh, who had replaced founding member Bernie Leadon, and is the last album to feature bassist Randy Meisner. The front cover is a photograph of the Beverly Hills Hotel by David Alexander. The album topped the charts and won the band two Grammy Awards for "Hotel California" and "New Kid in Town". The album was nominated for Album of the Year but lost to Fleetwood Mac's Rumours. A 40th anniversary special edition was released in November 2017. The album was recorded between March and October 1976 at Criteria Studios, Miami, FL and Record Plant Studios, Los Angeles, CA, and produced by Bill Szymczyk. Although the band favored Los Angeles, the producer Szymczyk wanted to record in Miami as he had developed a fear of living on a fault line in Los Angeles after experiencing an earthquake, and a compromise was then struck to split the recording at both places. While the band were recording the album, Black Sabbath were recording Technical Ecstasy in an adjacent studio at Criteria Studios in Miami. The band was forced to stop recording on numerous occasions because Black Sabbath were too loud and the sound was coming through the wall. The last track of the album, "The Last Resort" had to be re-recorded a number of times due to noise from the next studio. This expanded includes the original studio album as well as ten previously unreleased live recordings. The ten live tracks were recorded during the band’s three-night stand at the Los Angeles Forum in October 1976. The concert recordings — which were recorded about a month before the album came out — features one of the first ever live performances of “Hotel California” and “New Kid In Town” along with other Eagles classics including “Already Gone,” “Take It To The Limit,” and “Witchy Woman.”
96 kHz / 24-bit PCM – Rhino/Elektra Studio Masters