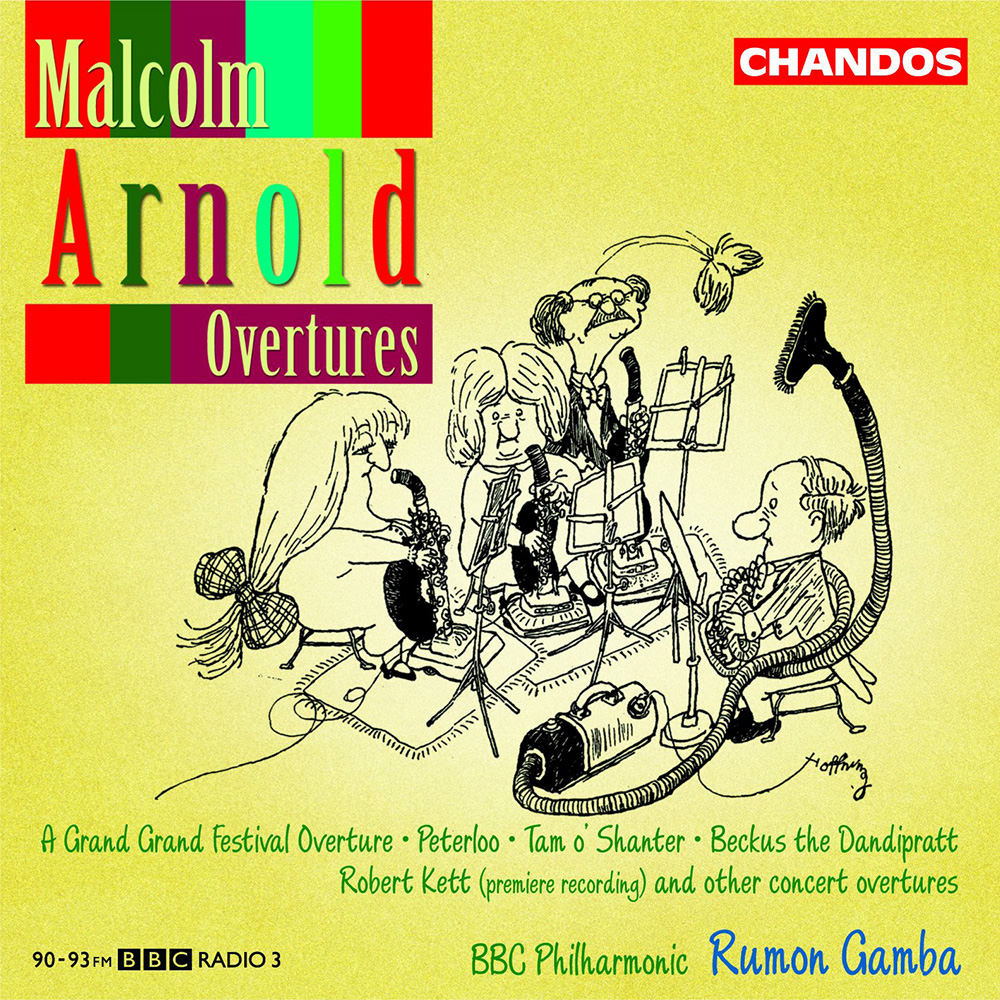 Available in 96 kHz / 24-bit AIFF, FLAC high resolution audio formats
"... musically valid and convincing as well as emotionally rewarding ... should be part of any self-respecting collection of 20th century English music. Hear! Hear!" - Fanfare "... every one of these examples shows his orchestral personality at its exuberant best ... most entertaining and marvellously played ... recording is of the demonstration class." - Gramophone "Arnold is arguably Britain’s greatest living composer ... (he) has a wicked sense of humour as shown in A Grand Grand Festival Overture, which features three vacuum cleaners and a floor polisher. This splendid CD includes the famous Tam o’Shanter and Peterloo overtures ..." - Classic FM Rumon Gamba, the BBC Philharmonic Orchestra and the engineers involved with this 2004 Arnold recording earned critical praise worldwide, including a Gramophone review that called the sound quality "demonstration class." Alongside some of Arnold's most entertaining and popular overtures, the programme includes the world premiere of the Robert Kett Overture.
96 kHz / 24-bit PCM – Chandos Studio Masters