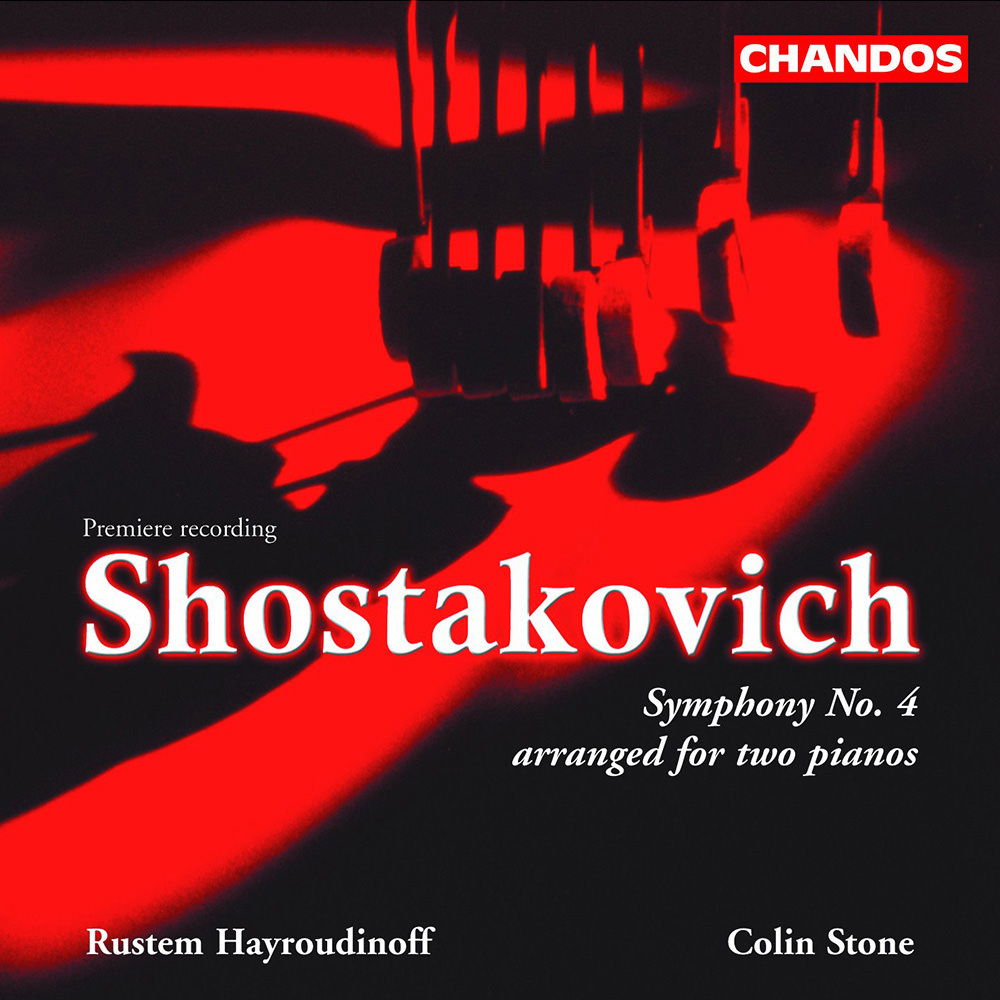 Available in 96 kHz / 24-bit AIFF, FLAC high resolution audio formats
"... revelatory version of a spectacular 20th century orchestral masterwork. Hayroudinoff and Stone impress with their knowledge of the score, giving a well-prepared, gutsy performance, superbly engineered ..." - Gramophone "... accorded a spacious yet detailed sound ... the carefully rethought dynamic range rendered with exemplary clarity and the placing of each piano with the aural picture readily enhancing the most complex passagework. That this is a major Shostakovich release goes without saying ... an absorbing and perceptive transcription." - International Record Review Shostakovich’s Symphony No. 4 had an inauspicious start: it was withdrawn before its first planned performance, its full manuscript score disappearing during the Second World War. The arrangement for two pianos was, for many years, the only available documentation of this important work. Russian pianist Rustem Hayroudinoff and his British counterpart Colin Stone recreate the version for two pianos on this recital, recorded in May 2004. A notable addition to the two piano concert hall repertoire, it has been suggested that in this form the symphony gains in sharpness and clarity from a linear and harmonic point of view. Stripped down, the symphony reveals, above all, Shostakovich’s power as an outstanding contrapuntist and shows that, as in the music of J.S. Bach, for whom the composer had the greatest admiration, a line drawing of the orchestral original by no means diminishes its impact. The percussive and wide dynamic range of grand piano sonorities are admirably suited to the overall character of this highly charged material. In short, this is a valuable companion to the original version.
96 kHz / 24-bit PCM – Chandos Studio Masters