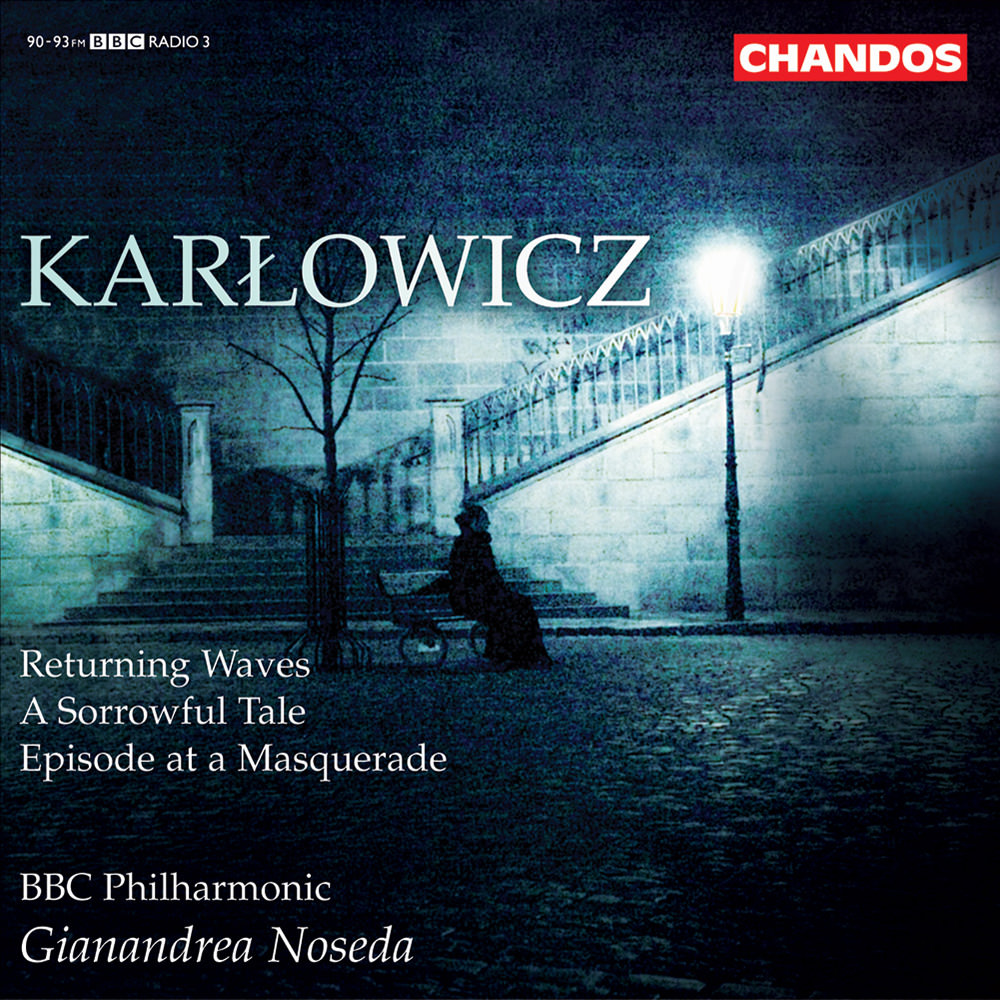 Karłowicz: Returning Waves - A Sorrowful Tale - Episode at A Masquerade

Available in 96 kHz / 24-bit AIFF, FLAC high resolution audio formats
"Four Stars ... the performances, with Gianandrea Noseda conducting the BBC Philharmonic, are faultless ..." - The Guardian “Five Stars ... (Karłowicz) produced some of the finest orchestral works by a Polish composer of the early 20th century. All three performances on this very well recorded CD are magnificent. In fact, it would be hard to imagine more effective treatment of this highly scented repertoire." - BBC Music Magazine Named "Editor's Choice" in a review in Gramophone, this 2005 recording from Gianandrea Noseda and the BBC Philharmonic Orchestra showcases three late works by noted Polish composer Mieczyslaw Karlowicz. This third and final volume in the series includes the first of Karlowicz's six symphonic poems, Returning Waves, which established the melancholy tone characteristic of much of his mature work.
96 kHz / 24-bit PCM – Chandos Studio Masters