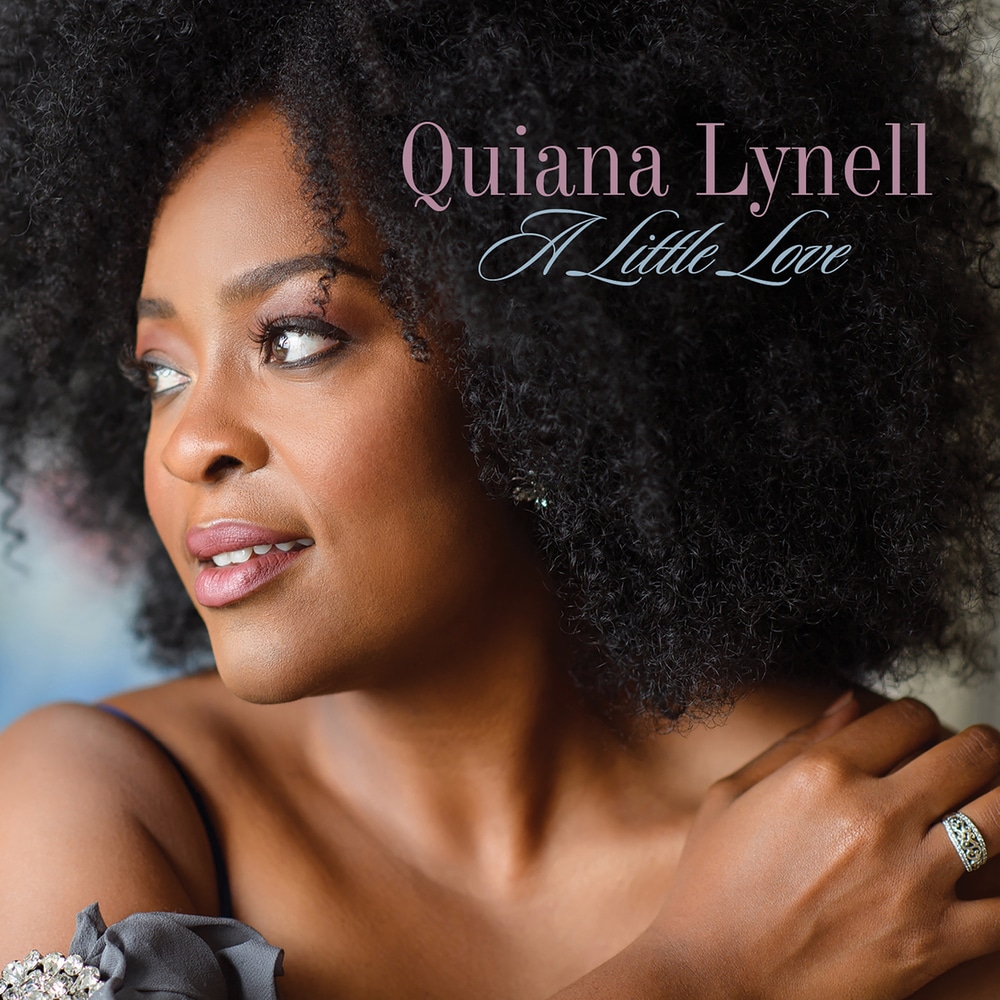 Available in 88.2 kHz / 24-bit AIFF, FLAC high resolution audio formats
A Little Love, the striking debut album from vocalist extraordinaire Quiana Lynell, has been released by Concord Jazz. A feast of soul, gospel, r&b, groove and jazz, A Little Love blooms with songs about searching, trying times, buoyant love, deep reflection and social action. Lynell sings with the voice of authority and the takeaway from the album as a whole is honesty. She’s a truth-seeking storyteller with a spirited resolve – covering a wide range of songs from Nina Simone to Chaka Khan, from Duke to the Gershwins, from Donny Hathaway to Irma Thomas; with the bookends of the album featuring songs by powerful modern artists Alina Engibaryan and Joshuah Campbell. Accompanied by a powerhouse band featuring Cyrus Chestnut on piano, Jamison Ross on drums, Ed Cherry on guitars, George DeLancey on bass and Monte Croft on vibes, the release of A Little Love will be accompanied by tour dates including a stop at the 2019 Playboy Jazz Festival in Los Angeles in June. “Quiana is a dynamic and compelling vocalist,” said John Burk, President of Concord Records. “She has an incredibly rich voice and unique ability to effortlessly blend gospel, soul, and jazz into her music. We’re thrilled to add Quiana’s debut album to the longstanding lineage of exceptional artistry on Concord Jazz.” Born in Texas and raised on Gospel, in 2017 Quiana Lynell made her salient mark on the jazz-and-beyond musical world as a wise, heartfelt, warm vocalist whose voice is singular in its soul, intensity, ecstasy and outright spiritual courage. She played with her trio at the New Orleans Jazz & Heritage Festival which led to her performing in Poland with trumpeter Terence Blanchard’s Spike Lee tribute with a 75-piece orchestra and a continued period of mentoring on Blanchard’s part. In November of 2017, after considering for a couple of years whether she was ready, she decided to vie for the Sarah Vaughan International Jazz Vocal Competition Award. She commanded the finals stage at NJPAC’s Victoria Theater and wowed the judges and audience with her vocal prowess that earned her the prize, which afforded her the opportunity to record an album for Concord Jazz. The result, 2019’s A Little Love, produced by the renowned Brian Michel Bacchus, is testament to what a rare, mesmerizing artist can achieve on her auspicious debut. Blanchard said his take on hearing Quiana for the first time was “a serious vocal discovery.” He added, “Quiana Lynell was already a vocal presence. When I first heard her sing, my initial thought was ‘Who are you, where have you been, and why am I just hearing you now?’”
88.2 kHz / 24-bit PCM – Concord Jazz Studio Masters