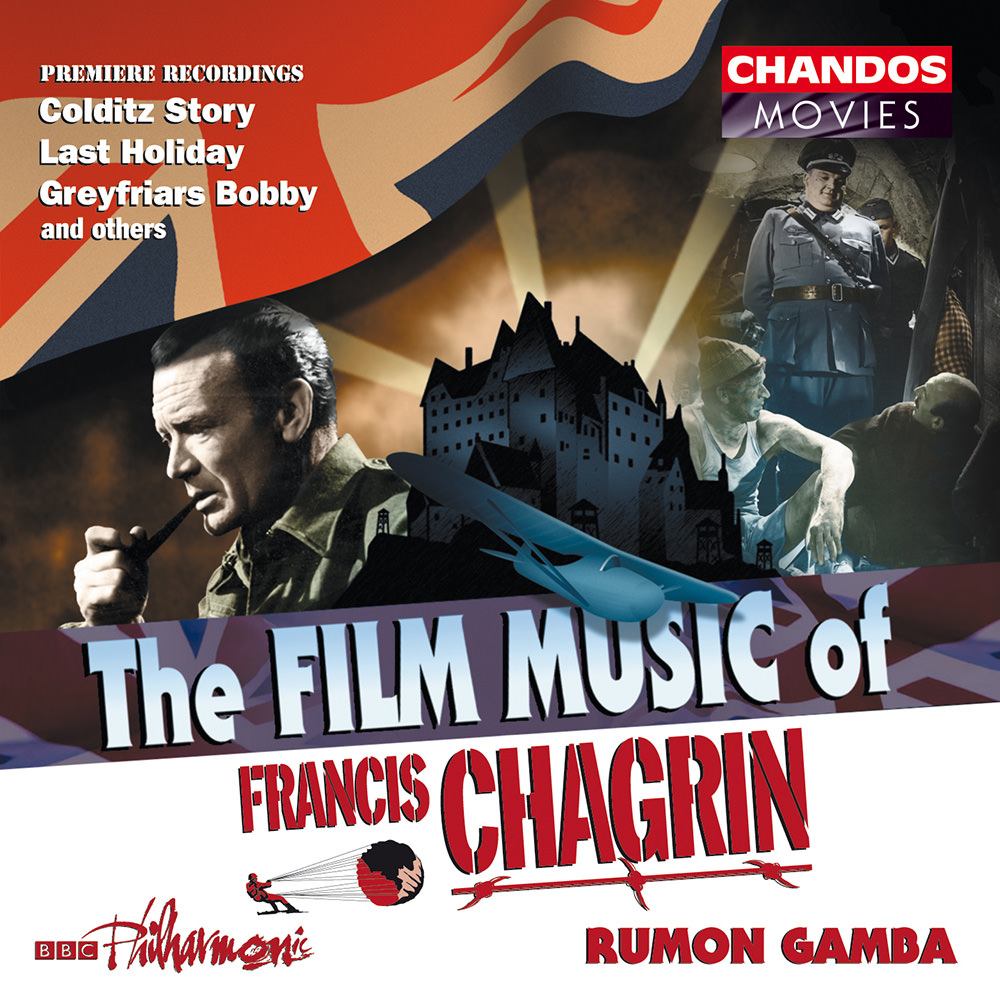 Available in 96 kHz / 24-bit AIFF, FLAC high resolution audio formats
"... the highlight is the music for Last Holiday of which The Beggar’s Theme was initially published as a violin/piano score ... Philip Lane once again has edited and arranged much of the music and written the accompanying booklet. This is an unexpected and most worthwhile issue." - Gramophone "The playing of the BBC Philharmonic is splendid. Conductor Rumon Gamba has helped make Chandos's film score series a leading survey of British cinema music and he seems to capture the mood and idiom of every score. The orchestra is recorded in a good broadcast studio ambience ... the sound, from a 24-bit master, is detailed, natural and warm." - ClassicsToday.com "... a composer well worthy of the attention ... as always, Rumon Gamba and the BBC Philharmonic set out this music in the best possible light, with the customary brilliance of Chandos’s engineering staff. Chagrin is a composer all of us, film music buffs and classical lovers alike, should get to know through this release and (one hopes) more to come. A winner." - Fanfare With this album, Rumon Gamba and the BBC Philharmonic Orchestra shine the spotlight on Romanian-born film composer Francis Chagrin, perhaps best known for the 1950 Alec Guinness movie Last Holiday. The Philip Lane arrangements of Chagrin's scores receive their world premieres on this 2005 release.
96 kHz / 24-bit PCM – Chandos Studio Masters