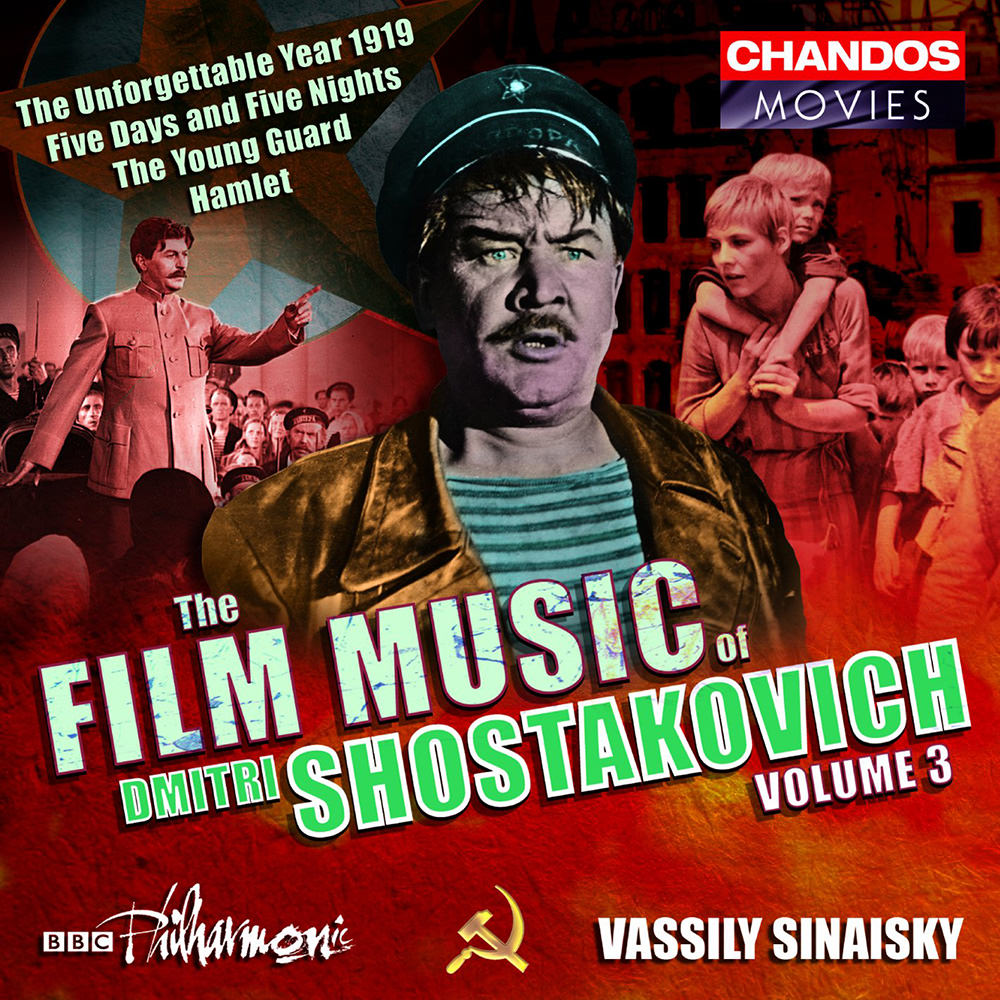 Available in 96 kHz / 24-bit AIFF, FLAC high resolution audio formats
“Dmitri has a Rachmaninov attack in his soundtrack for The Unforgettable Year; Martin Roscoe swoons with pianistic passion; and the Hamlet Suite shows Shostakovich at his wittiest.” - Classic FM Magazine “The Chandos issue will appeal to film music buffs and Shostakovich completists but it deserves to reach a wider audience given the flair and dynamism of the music-making and the high quotient of tunes. As I observed last time round, Sinaisky is always right inside the idiom, just the man for the job.” - Gramophone “One must praise the high standards of the series by Maestro Sinaisky and the BBC Players – and the rich, dark, room-filling sound captured by the Chandos engineers.” - American Record Guide “once again Sinaisky handles [Shostakovich’s film music] with scrupulous fidelity to every shifting mood.” - BBC Music Magazine This unique and exciting recording project from conductor Vassily Sinaisky and the BBC Philharmonic Orchestra sees Shostakovich’s film scores made accessible to a wider audience. Featuring the only available recording of the The Young Guard Suite, this release provides lovers of Shostakovich an a chance to hear the composer’s playful creations for the silver screen.
96 kHz / 24-bit PCM – Chandos Studio Masters