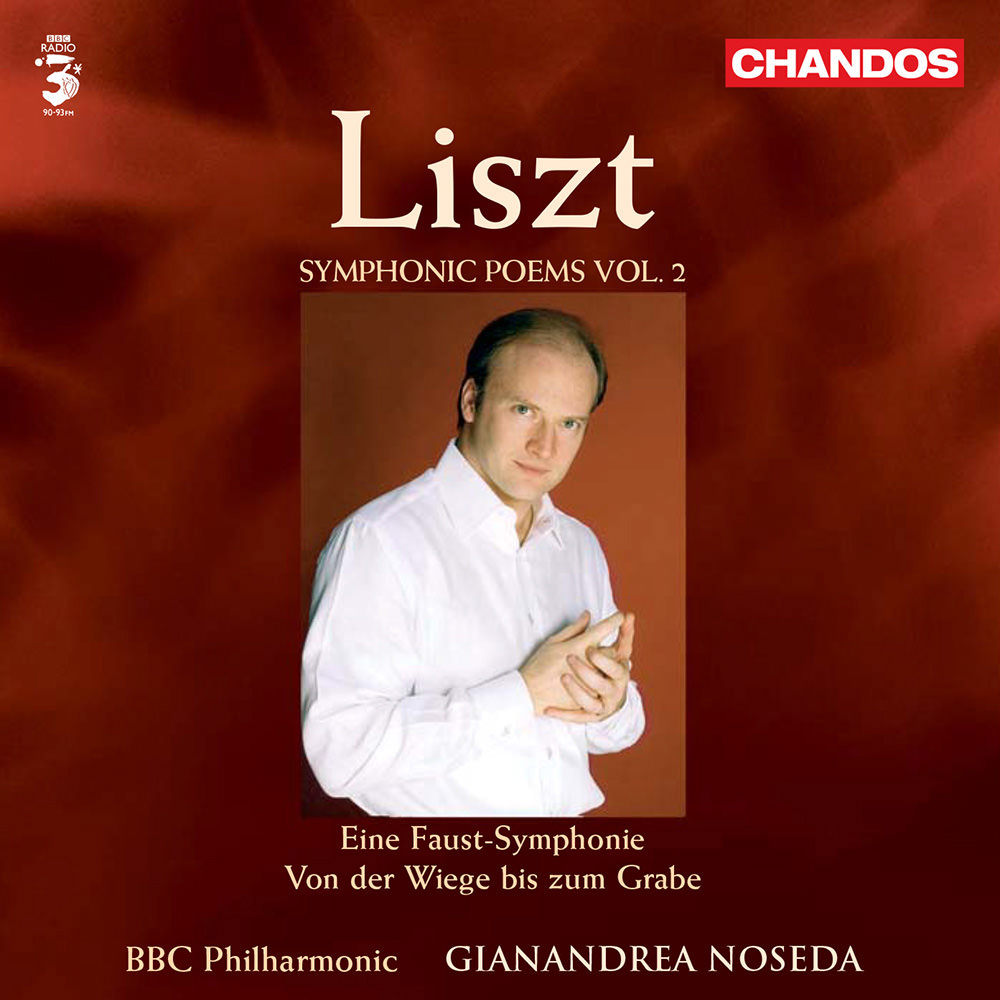 Available in 96 kHz / 24-bit AIFF, FLAC high resolution audio formats
“Volume 2 in Chandos’ series of Liszt’s orchestral works includes the Faust Symphony, his crowning masterpiece, in a performance of supreme clarity and assurance. To achieve such stylistic empathy and lucidity in an hour-long force-of-nature work (the conductor has dropped the choral ending), showing Liszt’s transformation of themes and characters at its height, is a daunting achievement… Chanods’ sound, as in Vol 1, is superb; you could hardly wish for more eloquent advocacy.” - Gramophone “Although Liszt was undeniably a showman during the early part of his life, he later concentrated on composing a series of highly influential scores, including a series of 12 symphonic poems and two symphonies named after Dante and Faust. Noseda conducts a gripping performance of the latter, rejoicing in its narcotising changes of emotional direction. ‘Von der Weige’ also responds well to Noseda’s subtle dynamic inflections, and the engineering is superb.” - Classic FM Magazine Critically acclaimed conductor Gianandrea Noseda has undertaken the task of leading the BBC Philharmonic in a cycle of the complete symphonic poems of Franz Liszt. This second volume has him interpreting the much loved Faust Symphonie, coupled with the last symphonic poem the composer wrote, Von der Wiege bis sum Grabe. The Philharmonic's extremely powerful performance, together with expert engineering from Chandos, makes this a breathtaking release for any fan of Liszt.
96 kHz / 24-bit PCM – Chandos Studio Masters