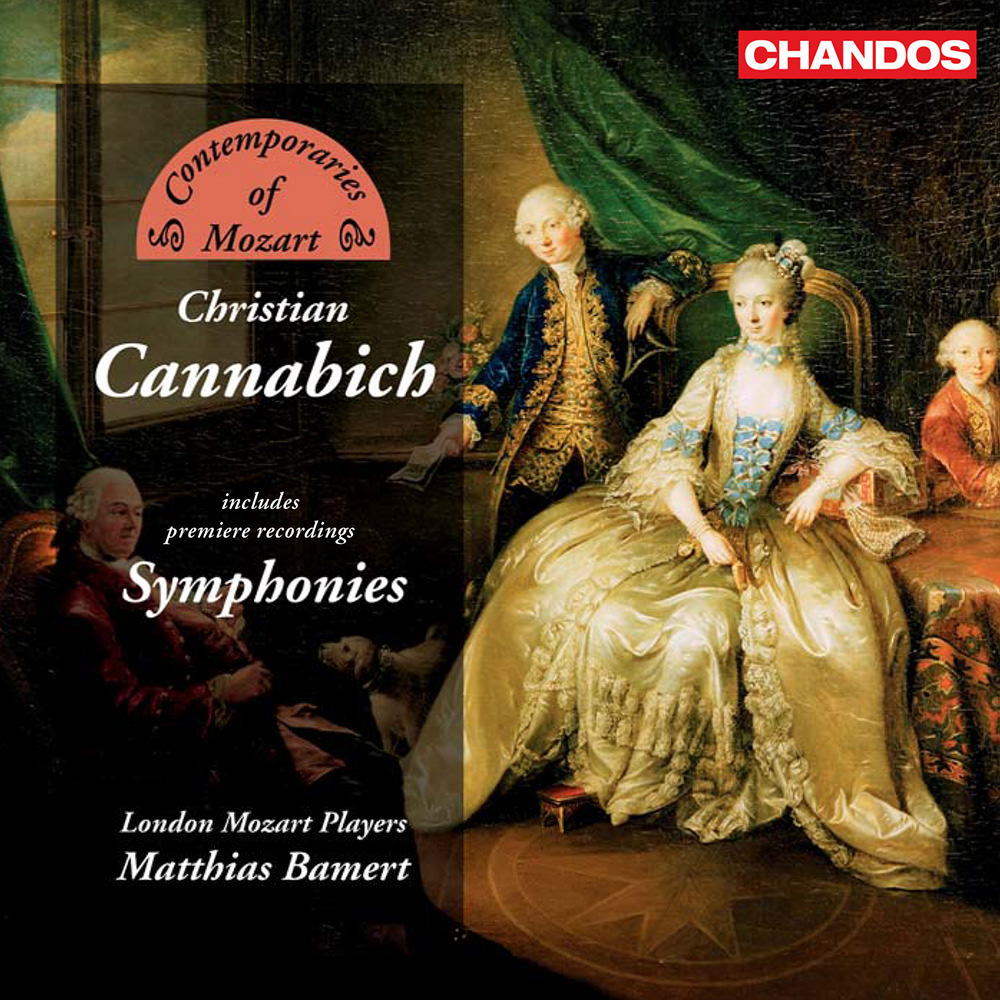 Available in 96 kHz / 24-bit AIFF, FLAC high resolution audio formats
“Matthias Bamert directs shapely and balanced performances which possess an appealing palette of colours, a sense of rhetorical clarity and plenty of spontaneous charm.” - Gramophone “Matthias Bamert’s survey of music by Mozart’s contemporaries continues with this elegant programme of Cannabich symphonies. Harmonically conservative, lavishly scored, and full of the mannerist crescendi and rising figures the Mannheim Orchestra was famous for, these are fascinating examples of the style gallant. Though Cannabich had found his way to sonata form in the G major symphony, something of Telemann’s programmatic writing hangs over the Symphony in A major, while baroque affects are yet more keenly felt in the D major Symphony. The London Mozart Players’ pristine sound and careful phrasing is highly enjoyable throughout.” - The Independent on Sunday This series, which surveys the music of Mozart’s contemporaries, turns to five sinfonias by German composer Johann Christian Cannabich, works which helped develop the orchestral texture that paved the way for the symphonic style associated with the First Viennese School. Led by Matthias Bamert, the London Mozart Players bring their exceptionally polished and meticulous playing to this beautifully recorded release.
96 kHz / 24-bit PCM – Chandos Studio Masters